Theater of the absurd in Ukrainian: Poroshenko proposes to postpone the signing of an agreement on economic association with the EU?

29 May 2014
267
The elected extraordinary president of Ukraine Petro Poroshenko, who promised the EU to sign the economic part of the association agreement in the near future, first announced the possibility of postponing the date of signing. Reports about it "OTR". 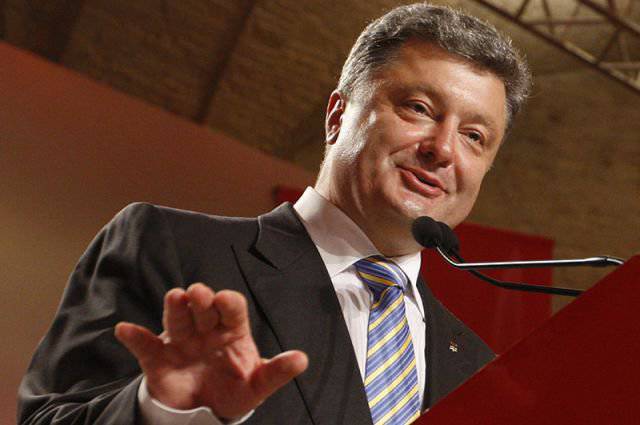 Before this, the same information was provided by a number of other media (including Russia-1) with links to sources in Kiev.

It is reported that Kiev asks Brussels to postpone the date of signing the contract due to the difficult economic situation in the country.

Acting Minister of Foreign Affairs of Ukraine, Andrei Deschytsia, recently stated that the Ukrainian side is ready to hold consultations with Europeans about the “quick” signing of the economic part of the agreement.

If the information that Poroshenko asks Europe to give Kiev time to think about all the advantages and disadvantages of signing the economic part of an associative agreement is true, then Kiev’s policy finally turns into an theater of absurdity. After all, precisely because of the economic difficulties at the time the signing of the contract proposed to transfer President Yanukovych, which led Ukraine to another Maidan, followed by a coup d'état.
Ctrl Enter
Noticed oshЫbku Highlight text and press. Ctrl + Enter
We are
Military Reviewin Yandex News
Military Reviewin Google News
267 comments
Information
Dear reader, to leave comments on the publication, you must sign in.