SBU claims that three "terrorist bombers" were detained in Odessa

29 May 2014
39
SBU officials say they managed to detain three Ukrainian citizens who allegedly intended to carry out a terrorist act in Odessa in order to disrupt the presidential elections and destabilize the situation in the region.
Representatives of the SBU quoted RIA News:

It has been established that the terrorist group was planning to thwart the presidential elections in Ukraine and further destabilize the situation in the region, for which it was preparing a series of powerful explosions in the places of the largest concentration of people, near the state institutions of Odessa. 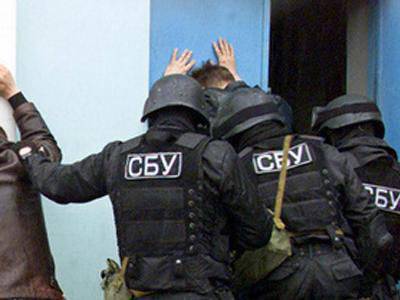 Odessa media outlets report that local security forces (or people who want to expose themselves to local security forces) have opened a real hunt for anti-Maidan activists. After one of the peaceful rallies of opponents of the Kiev "authorities", people in police uniform seized the Kulikovo Field activist Arthur Grigorian and severely beat him in front of his relatives. A couple of days before this attack, Grigoryan said that the Kiev authorities had turned the whole Ukrainian south-east against themselves, which testifies to the failure of Ukraine as a state. The same Arthur Grigoryan made an entry on his Facebook page:

4 May 1626, the Indians sold the Manhattan Island to Dutch colonists for buttons, beads and other jewelery for a total of 24 dollars. This transaction was considered the most disadvantageous in stories up to 11 December 2013, when US Assistant Secretary of State Victoria Nuland purchased the territory of Ukraine from the natives in exchange for a bag of biscuits, buns and bread.

In response to the persecution of the opponents of the Kiev junta, Odessans organize their own actions. According to residents, several cars of the so-called automaidan were set on fire in the city. This information in the law enforcement bodies of Odessa is not yet confirmed.
Ctrl Enter
Noticed oshЫbku Highlight text and press. Ctrl + Enter
We are
More than 200 people injured in clashes in Odessa, 37 killed.
Military Reviewin Yandex News
Military Reviewin Google News
39 comments
Information
Dear reader, to leave comments on the publication, you must sign in.