Ukrainian mercenaries return from Syria and go to the Donbass

29 May 2014
68
Ukrainian citizens who participated in the battles against Syrian government forces, after returning to Ukraine, joined the detachments involved in the punitive operations of Kiev in the south-east of the country. Reports about it ITAR-TASS http://itar-tass.com/со ссылкой на источник в Генштабе ВС РФ. 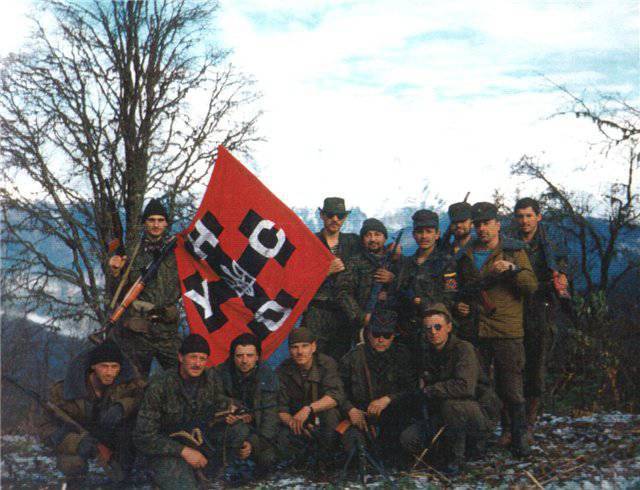 According to the interlocutor of the said information agency, several hundred Ukrainian citizens fought on the side of the Syrian militants, 300 of whom managed to return home and replenish the punitive Ukrainian troops participating in the so-called ATO.

Most of these mercenaries are natives of the western regions of Ukraine. Among them are snipers and special forces soldiers, characterized by particular cruelty. Behind their shoulders is not one “hot spot”, including participation in hostilities against federal forces in the North Caucasus.

Last autumn, the ambassador of the Syrian Arab Republic to Ukraine declared that Ukrainians are taking part in hostilities against Syrian government forces. At the same time, the notorious Mustafa Dzhemilev spoke out on the fact of the participation of Ukrainian citizens, stating that he knows for sure about the recruitment of the Crimean Tatars to Syria by the Hizb ut-Tahrir organization. Dzhemilev said that in the spring of 2013, one of the mercenaries (from among the recruited Crimean Tatars) was killed. Then the Ukrainian special services and representatives of the foreign ministry said that there were no Ukrainian mercenaries in Syria.