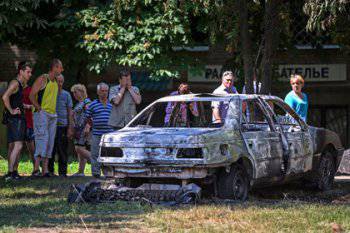 According to the information agency Island, Ukrainian security forces launched a full-scale operation in the area of ​​Slavyansk and Kramatorsk using aviation and artillery. There is information on the use of Grad multiple rocket launchers.


On Twitter, there were reports of shooting and explosions near the railway station Slavyansk. It is also reported about the collisions near the towns of Cherevkovka and Chervony Molochar.

According to the ITAR-TASS, militia fighters shot down a helicopter of the Ukrainian military near Chervony Molochar. On Twitter, Slavyansk, it is reported that black smoke comes from the scene of a helicopter crash.