American rat race. Who feeds the revolution, he dances it

29 May 2014
15
The American elite - billionaires and influential politicians - once again staged a rat race. This time - in Ukraine. The race was run by Ukrainian fat cats (literally: “fat cats” - oligarchs lobbying their interests in politics). However, the specificity of the rat race is that even the winner still remains a rat. 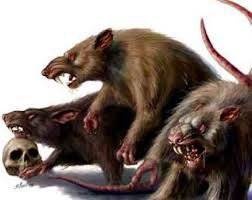 Let's admit that half a year ago, ordinary citizens of Ukraine, for the most part, understood perfectly well: Euromaidan buffoonery is absolutely senseless and doomed to inevitable failure. But, as the well-known backstage law says, whoever feeds the revolution, he dances it. Especially at stake - the presidential throne. The Kiev coup, which began with a frank show and farce, soon turned into a cruel and cynical race for heads and dead bodies, and the main rule of the game was that there were no rules ... 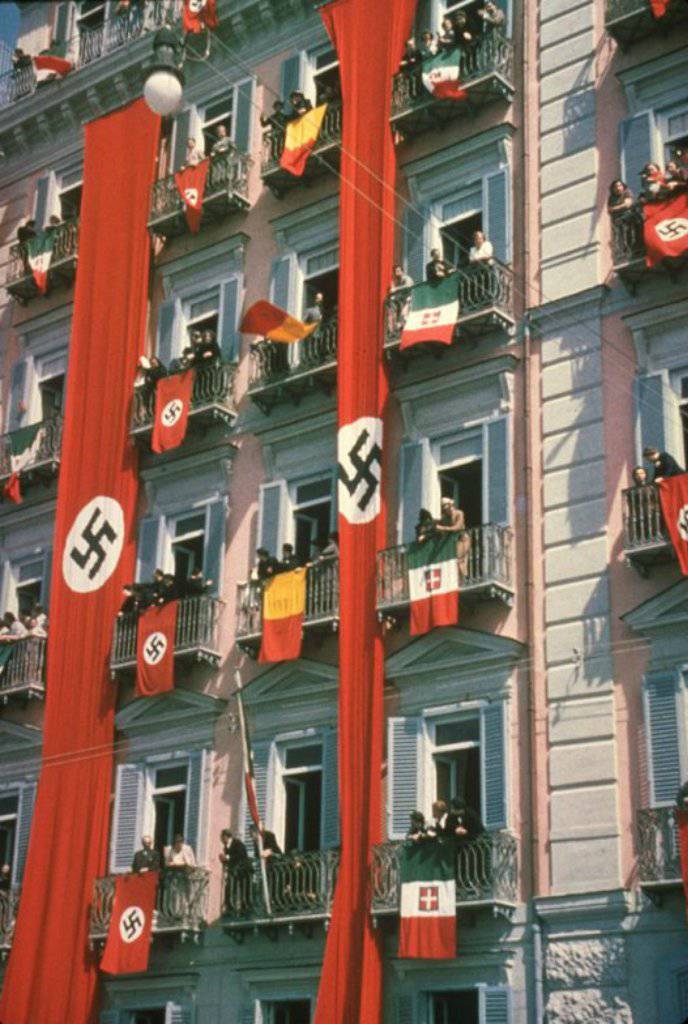 Even now, when, it would seem, the finish is already behind, and another fat cat is about to ascend to the throne of the Square, the “entertainment” of the rich and political elites of the United States does not think to end. It seems that the Yankees entered into a rage: "fair elections" in Ukraine took place, but the dirty campaign continues. Only gingerbread cookies (or cookies), with the help of which Euromaidan henchmen lured into their ranks dorks and eccentrics, have changed. So, if, at the beginning, the former oligarch-ruler prevented Ukrainians from separatist Ukrainians from being rich and happy, now they are hampered by the “dirty” Donbass.

From the former head of the country managed to get rid of pretty quickly, he, without further ado, ran in disgrace. In place of the "bad" oligarch was elected "good." One problem - the "evil" Southeast does not give up. The “good” Kiev government has already “good” artillery fire, Nazi fighters, and private foreign mercenaries, but the Donbass still doesn’t go over to the “good” side.

As it turns out, having established his protégés at the head of the country, it’s not so easy for Washington to divorce the whole of Ukraine. And the leading American method, which worked well during the EuroMaidanochocron (its basic principle: “You don't need a knife for a fool, you will show him a copper penny, and do what you want with it”), eventually gave a crack ...

SOME COUNTRIES USEFUL US

In essence, the winner of the Ukrainian elections billionaire Poroshenko is a product of American technology for the promotion of a presidential candidate, not outstanding and with an initially low rating, but on all items suitable for the US State Department. The same technology was chosen and Lithuanian President Dalia Grybauskaitewhich, although it does not belong to the class of oligarchs, has no less significant trump cards in its sleeves - a political past closely connected with the United States. 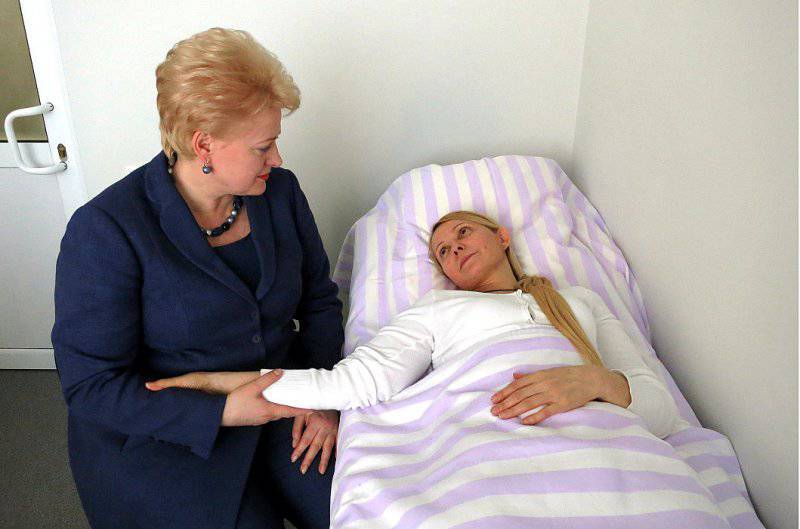 For example, it is known that at the dawn of the birth of independent Lithuania, Grybauskaite graduated from a program for managers at the Institute of International Economic Relations of Georgetown University (Washington). And, besides serving in the financial and international sectors of Lithuania, for three years she was the plenipotentiary ambassador of her state to the USA. In 2004, the European Commission took over as commissioner responsible for financial planning and budget.
***
In 2004, The Wall Street Journal called Grybauskaite an “iron lady” and compared it to Margaret Thatcher.
***
In 2005, the weekly “European Voice” elected Grybauskaite as “Commissioner of the Year” for its efforts to reform the EU budget.

By the way, another European leader Estonian President Toomas Hendrik Ilves (known for his harsh statements about non-citizens and the Russian-speaking population of Estonia), a much more extensive past associated with America. He was born in Stockholm, the capital of Sweden, and later emigrated with his parents to the United States, where he spent his childhood and youth in the future head of Estonia. In the middle of 80, Ilves worked as an analyst at Radio Free Europe in Munich, and from 1988 to 1993 he headed the Estonian editorial department there. For those who do not know, I explain: Radio Free Europe (also known as Radio Liberty) is funded by the US Congress, the headquarters of this organization was in Munich (now in Prague) until 1995. And in the middle of 90, Ilves served as Estonian ambassador to the United States, Canada and Mexico. 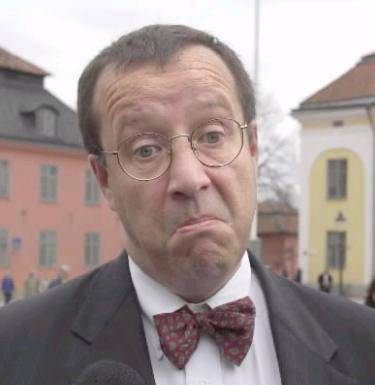 “Some believe that the Nazis were worse, because the ideology of the killings was worse. But from the point of view of the Estonians, their compatriots were killed not by the Communists or the Nazis, but by the Russians and the Germans. The issue of murder ideology doesn’t matter to us. ”

Polish leader Bronislaw Komorowski- also a supporter of nationalist views and is in the ranks of the center-right liberal party "Civic Platform". Supports Ukrainian nationalists and does not consider them dangerous. In the American sector, Komorowski demonstrates traditional Polish pragmatism, trying to find financial gain in exchange for creating the conditions for ensuring US global interests (including the installation of a missile defense system). 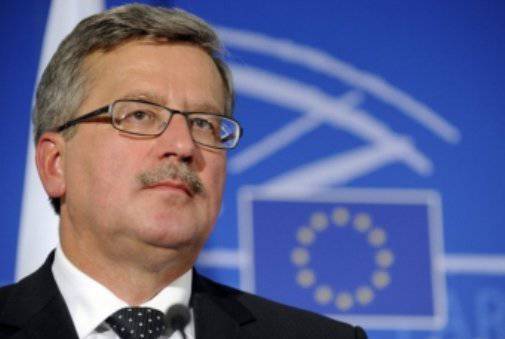 In Soviet times, the current president of Poland was persecuted and repeatedly arrested for participating in the activities of the democratic opposition.
***
The press wrote that before his election as speaker of the Sejm (before 2007), Komorowski called on the government to take a tough stance towards Russia. In his opinion:

“We need to growl at Russia, because the Kremlin perceives a different tone as a sign of weakness.”

Latvian president and former banker Andris Berzins - the oligarch, as well as Ukrainian Petro Poroshenko. According to media reports, the leader of the Latvian nation is also influenced by the Americans. 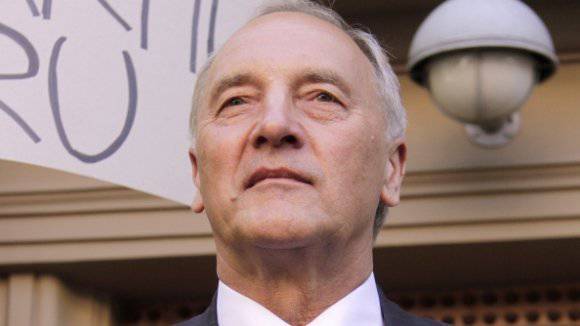 At the end of 2011, more than 180 thousand signatures were collected in Latvia for holding a referendum on the issue of giving Russian the status of a second state language. However, Berzins stated that he would not sign the law introducing the second state language.
***
In 2008, it was first included in the list of Latvian millionaires and then described as a multimillionaire. According to one of the tax returns quoted in the media, Berzins owned 32 plots of land in different regions of Latvia, shares in farms, a Mercedes-Benz 2007 car of the year, tractors, securities worth several hundred thousand euros, and also had cash savings of more than 1,5 million lats.
***
Daughter Berzins Eva graduated from the Faculty of Philosophy of the University of Latvia, then lived for seven years in the United States, where she studied as a psychologist and social relations specialist. She married an American.

Nicolae Timofti - President of Moldova. In March, 2012 of the year was nominated as a coalition of the Alliance for European Integration (centrist and center-right parties), which had a majority in parliament since 2009. 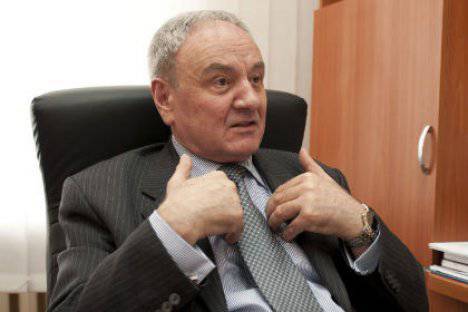 Before taking office as head of state, he left the post of chairman of the Superior Council of Magistrates, for which he subsequently received monetary compensation in 65 thousand dollars.
***
The press emphasized that his two sons worked for the famous Moldovan oligarch, in connection with which the opinion was expressed about the influence of the latter on Timofti.
***
In early May 2014, Timofti stated:

“I consider it inappropriate for some political forces, both at home and abroad, to use 9 on May propaganda slogans of the Soviet totalitarian period. These remnants of the past are no longer relevant in our time. "
***

"If it depended on me, and my decision would be final, I would vote for the country's entry into NATO." 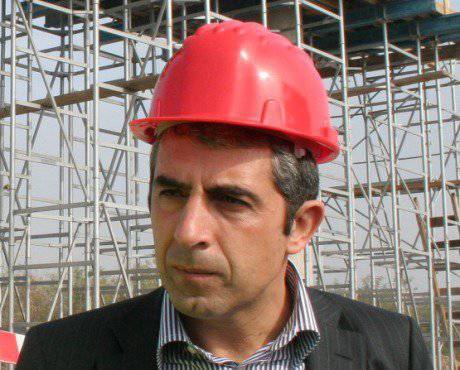 Plevneliev's personal fortune is estimated at 50 million euros.
***
In May of this year, Plevneliev condemned Russia's policy, saying in the press:

"The Kremlin threatens not only Ukraine, but also Southeastern Europe."

Ctrl Enter
Noticed oshЫbku Highlight text and press. Ctrl + Enter
We are
What you didn't want to know about EnglandOn whose corpses Andropov and Gorbachev came to power
Military Reviewin Yandex News
Military Reviewin Google News
15 comments
Information
Dear reader, to leave comments on the publication, you must sign in.