Sevastopol. Parade line of ships on May 9 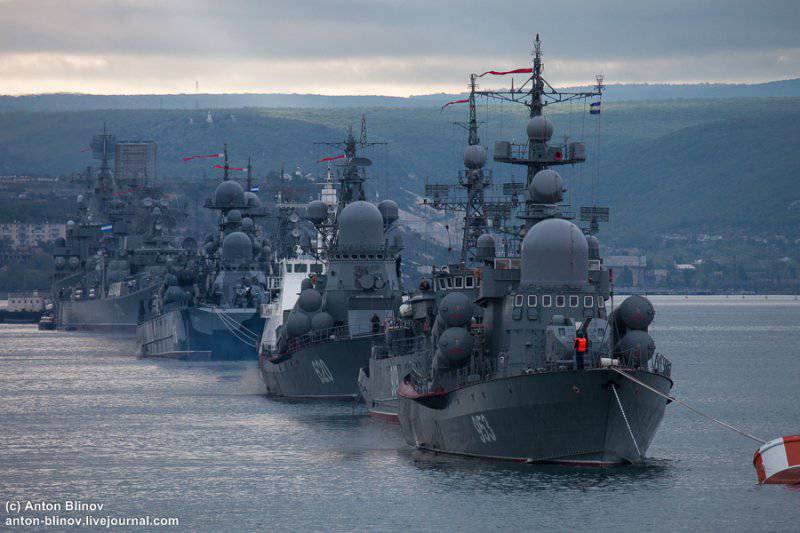 Finishing off showing the photo material from my visit to Sevastopol on Victory Day, I would like to arrange a sightseeing tour of the main line of ships built in the Sevastopol Bay. There was something to see - instead of two lines, the first and second, 4 + 4, this time it was one, but very representative, in one line at once ten ships. In my memory, there was no such thing before, whether it will continue like this or whether it was a one-time visit on the occasion of the high guests' visit to the city - time will tell. In the meantime - let's proceed to the inspection :) It was filmed on different days, at different times and from different points. 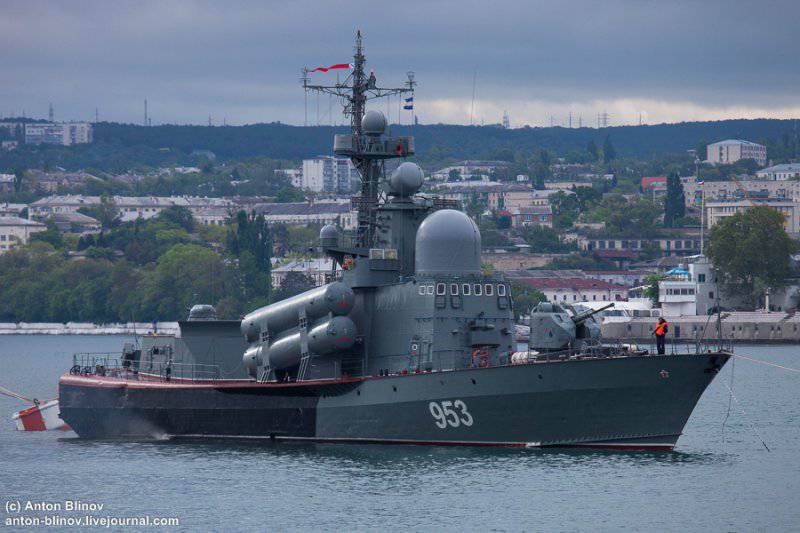 3. Further behind him - the sea minesweeper "Vice-Admiral Zhukov" 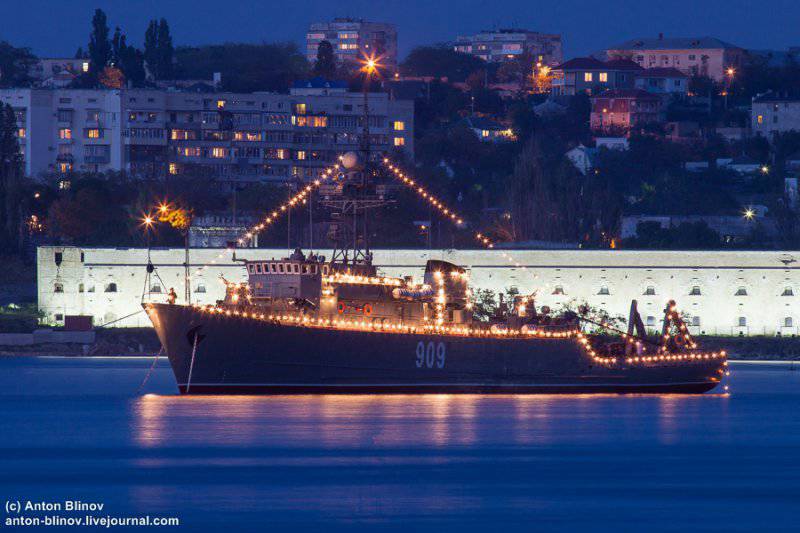 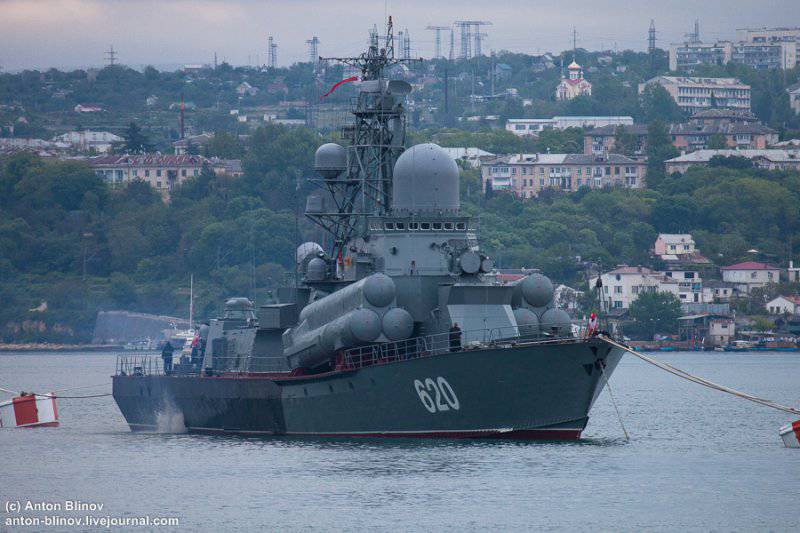 5. Now here is our maritime border, and it must be protected. For the first time at a parade in Sevastopol - border guards. PSKR "Pearls". 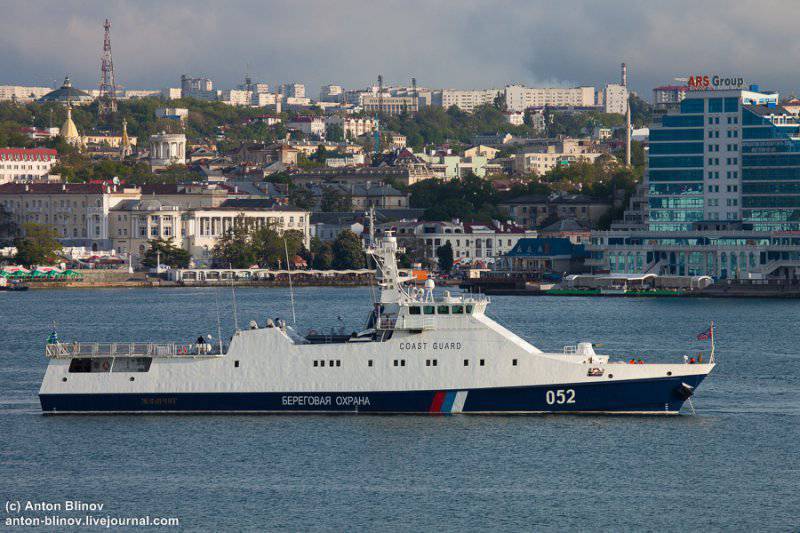 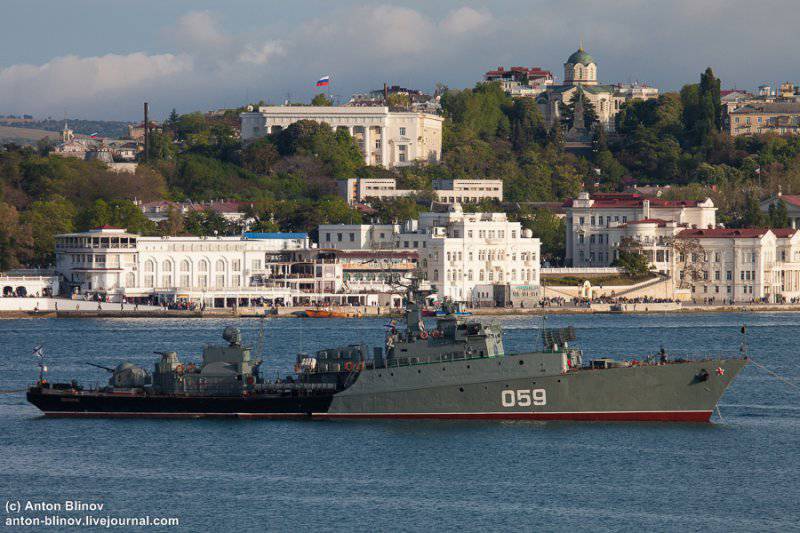 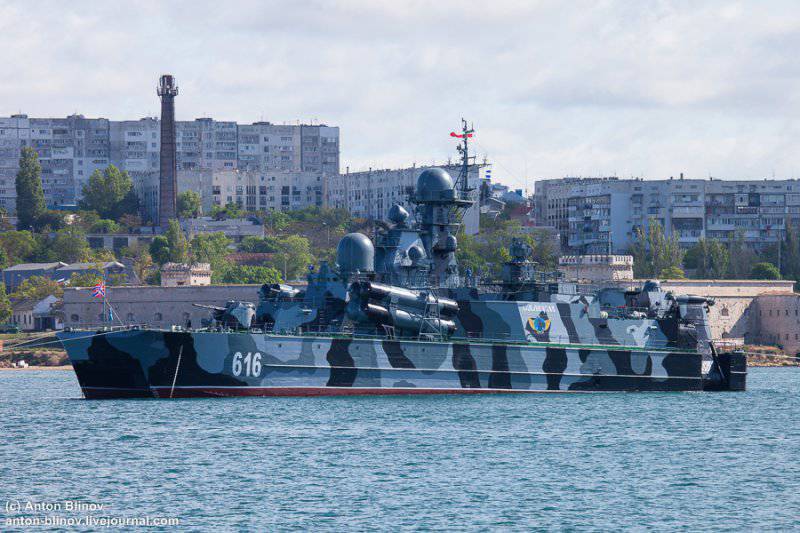 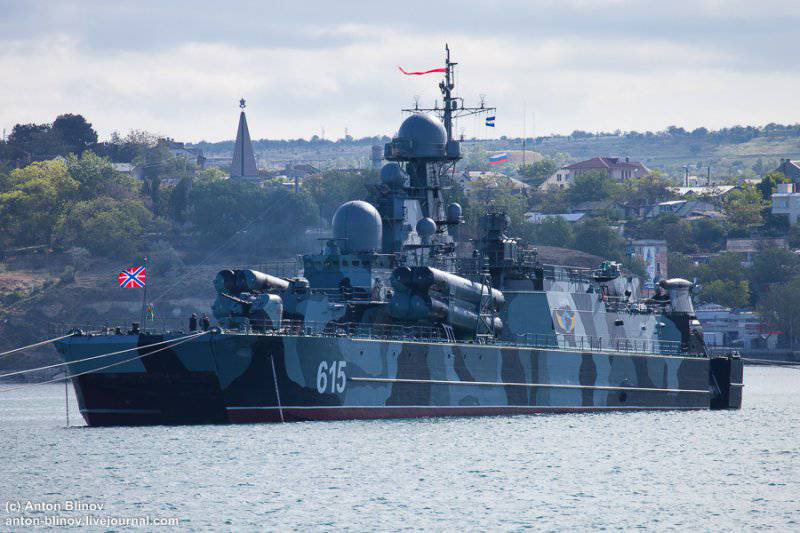 9. And here they are together in one frame, seeing off the setting sun. 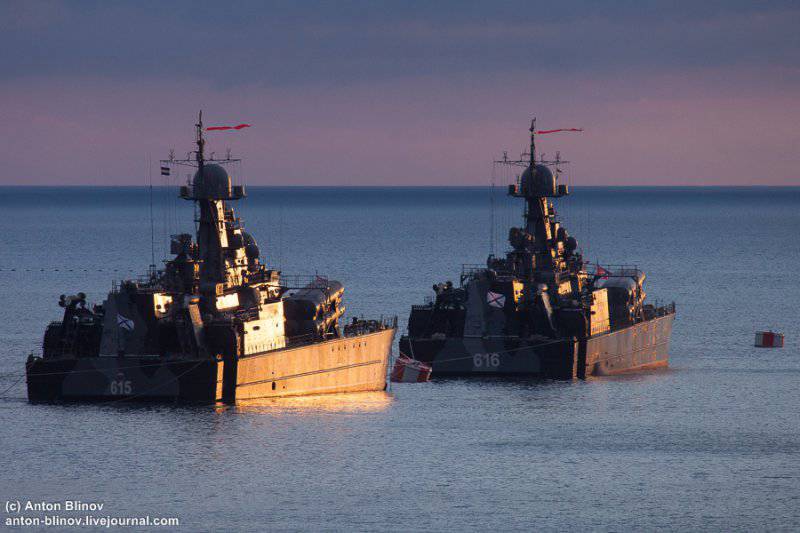 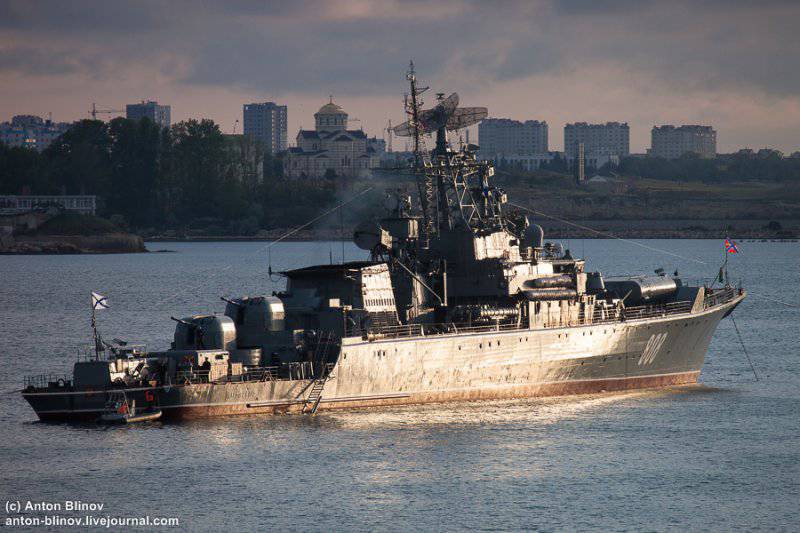 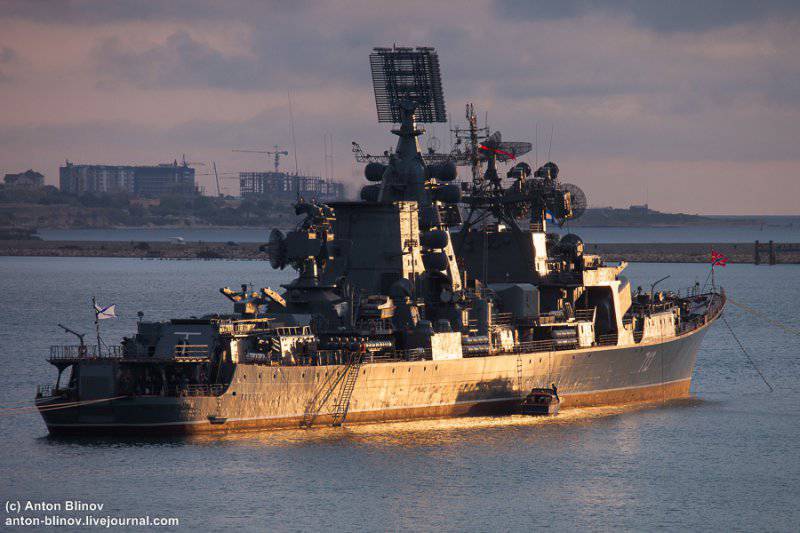 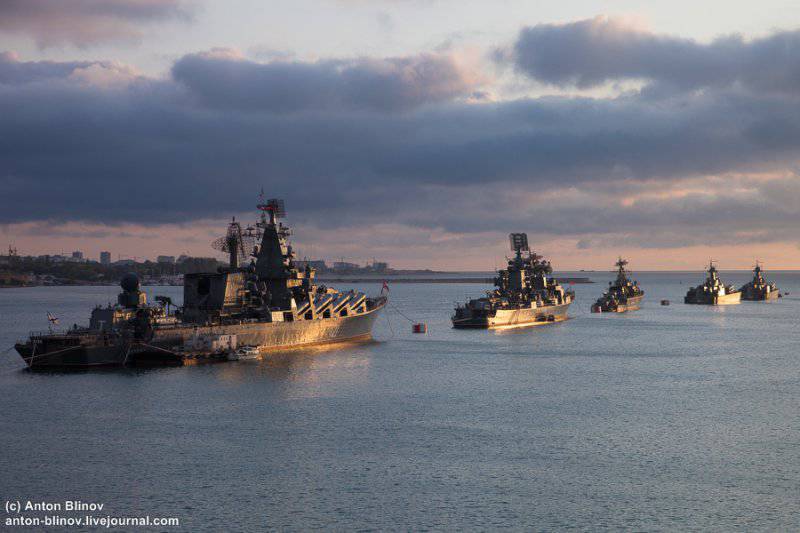