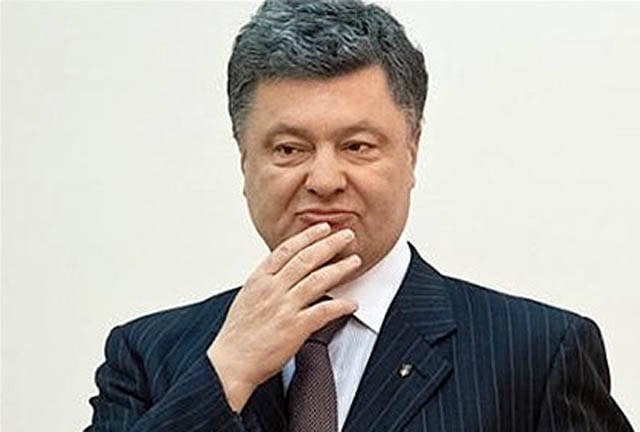 Petro Poroshenko, appointed by the friends of Ukraine to the position of President of the country, made a number of expected, but nevertheless, landmark statements.

1) “More than 90% of Ukrainians who took part in the voting, strongly supported a united, united, non-federal, unitary Ukraine, which today received a ticket of confidence of the Ukrainian people.”

“85% of Ukrainians supported the European choice of Ukraine. Today, the implementation of the European direction, the European aspiration of Ukraine is extremely important, and all branches of government should be guided in their activities by this resolute will of Ukraine. ”

It is not obvious that all those who participated in the elections and voted for Poroshenko, Tymoshenko or Lyashko, strongly supported the “united and conciliar” Ukraine. Moreover, it is impossible to say that this support was provided by the residents of Donetsk and Luhansk region. They made their choice at the 11 May referendum and in their absolute majority do not see themselves as part of any Ukraine. Further continuation of the so-called "anti-terrorist operation" will only strengthen them in this opinion.

2. “We have decisive ambitious plans to modernize the country. Among the first priorities will be the fight against corruption, decisive steps to resume the independence of the judiciary. ”

Petro Poroshenko can extend as long as he pleases about his “ambitious plans to modernize the country,” but this requires funds that are not in Ukraine, and external borrowing will be used to pay off previously taken loans. Under the "modernization" we can only understand the implementation of the conditions of the IMF, which are interrelated with the provision of new loans. The fight against corruption will spread primarily to the opponents of the new government and limit it to this.


3. “The principal position of Ukraine is that we never recognize the Crimean referendum, nor does Turkey recognize the fact of a referendum and the fact of the Russian presence in the Crimea. And the second is that the right to determine the foreign policy vector of the development of the country belongs to the Ukrainian people. ”

Crimea is lost for Ukraine forever. No international courts and Western sanctions will force the Russian Federation to return the Crimea. The point is not only in the position of the Russian leadership, but above all in relation to the residents of the Crimea themselves and their unwillingness to return to Ukraine. The chaos of civil war, Nazism, as well as a radical decline in the standard of living of the population on the mainland will only strengthen the Crimean people in the correctness of their choice.

Certainly, the new authorities of Ukraine will try to suppress the uprising in the southeast by force for a short time. However, they forget that they are opposed not by “Russian saboteurs”, but by tens of thousands of armed residents enjoying the absolute support of the population. In such a situation, any forceful action of government troops is doomed to failure. In addition, the Ukrainian authorities and their patrons have convinced themselves that Russia will not defend the Ukrainian compatriots. With all the arguments that speak in favor of this version, in my opinion, in the case of a hard suppression of the uprising in the southeast, Russia's power support is more than real. Firstly, regardless of whether Moscow supports the rebels or not, Western sanctions will be applied against it. Secondly, all the actions of the Kiev authorities, which are impossible without the approval of the West, can be judged that the bet is placed on a full-scale civil war, which ultimately must spill over into Russian territory. Will Putin wait for the moment when the rebels will be crushed or will they unofficially support them with weapons and volunteers? I think the answer is obvious.


5. “When there is a parliamentary crisis, the only way out of this crisis is elections. We have demonstrated for the presidential elections, for the parliamentary elections, I am sure that they should pass this year. ”

“Today, there is no coalition, and in the conditions of military occupation and the challenges that Ukraine faced today, the country cannot afford to exist with a parliament that blocks decisions that, including, are aimed at the country's defense capability”

Any elections in Ukraine will not be able to solve the real problems of the state. The problem is not whether the parliament will be united in decision making, but in the absence of decisions as such. Any talk about the incapacity of the parliament, the need for elections creates an illusion of future changes among the population. In fact, the current authorities are interested in getting another virtual enemy in the face of the parliamentary opposition, which allegedly sabotage the onset of positive changes in the country.


6. “I believe that the key reason why Russia explained the lack of direct dialogue between Ukraine and Russia is the position expressed by Russia - the dubious legitimacy of the Ukrainian government. Today, when the Ukrainian people demonstrated a very firm and tough position in order to maintain the sovereignty and integrity, unity and unitarity of our country, [...] Russia simply has no arguments not to recognize these elections. ”

The leadership of the Russian Federation does not recognize and does not recognize the coup d'état in Ukraine. Neo-Nazis and Russophobes, who came to power in Kiev, are unacceptable for the Kremlin in principle. Putin is well aware that the Ukrainian events are a prelude to the great war of the West against Russia.


7. “For many years, gas has been the subject of corruption at all levels - right up to the highest, the prime minister, the president. More of this will not be "

“We are trying to turn gas from the Russian“ energy baton ”into a commodity.”

It is likely that gas will no longer be subject to corruption, since its price is prohibitive for Ukraine. When gas purchased was several times cheaper than on the European market, then it could be a source of super-profits. Today, the gas issue will serve as an additional reason for unwinding of anti-Russian and Russophobic sentiments in Ukraine. High gas prices will explain all the existing financial and economic problems of the country. It is on Russia, and not on the IMF, which forces them to bring prices to the market level, they will be responsible for the increase in gas prices for the population.


8. “We have to introduce a new tradition: when a person comes to the top post, he takes a decisive step - he gets rid of, sells his business, concentrates his efforts at work.”

This statement can only be called demagogy. First, the assets of Petro Poroshenko can be sold to people close to him. Secondly, the sale of assets itself can be caused not so much by the oligarch's desire to “introduce a new tradition”, but rather to insure assets against future nationalization, which will occur with the inevitable change of power in Ukraine.

Ctrl Enter
Noticed oshЫbku Highlight text and press. Ctrl + Enter
We are
About Stalin and KhrushchevWhat you didn't want to know about England
Military Reviewin Yandex News
Military Reviewin Google News
119 comments
Information
Dear reader, to leave comments on the publication, you must sign in.