"Poroshenko is a sacrificial calf" 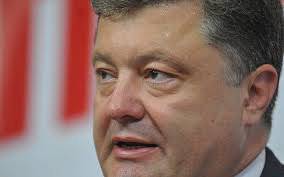 The real power in Ukraine after some time will be in the hands of Tymoshenko, the expert is sure

Before Poroshenko are absolutely unsolvable questions

- Petro Poroshenko is a sacrificial calf, going to the slaughter of future agreements of elites in the European and Eurasian space. The spell will take place when people of Yulia Tymoshenko will crowd in the Verkhovna Rada.

Although Poroshenko won the elections with a large margin, but in second place is Tymoshenko, and behind her Lyashko and Gritsenko, that is, her people. Then - Tigipko, and he - the patron of Tymoshenko from her young age, with him she worked in the Komsomol in Dnepropetrovsk. According to rumors, her friend Nestor Shufrich is also going to be blocked with her.

This means that the elections to the parliament planned for autumn will turn into an absolute victory for Tymoshenko, and the Constitution will be changed so that the president becomes a nominal figure. His powers will be transferred to the Verkhovna Rada, or to the government elected by the Rada, that is, in any case, the power will be in Tymoshenko and those oligarchic elites associated with it.

Before Poroshenko are absolutely unsolvable questions. The first. Does he recognize the status quo of the Crimea? If not, then Moscow will not negotiate with him, no matter how much he puffed out his cheeks. The second. How he will resolve the situation in the Luhansk and Donetsk regions. By force? Yes, it has already begun, and Avakov and Turchinov did it, that is, the people of Tymoshenko. They shed seas of blood in Donetsk, staged a massacre with the shooting of the wounded. All in order to create the problem had to solve the "pure symbol of democracy" Poroshenko.

There will be no military victory there, even though Russia behaves very strangely: if it does not betray, then at least it throws the rebels of the East and Southeast. Nothing will resolve itself: blood has been shed, people have already been killed, and therefore the red line has been crossed, so the rebels will fight.

The third unsolvable question, which was hung on Poroshenko, is an economic and social default, which will happen in Ukraine closer to the fall of this year. No one sows or plows, the economy is in stagnation, it is not clear how salaries and pensions will be paid. The Ukrainian elite is accustomed to stealing gas money, and this flow has stopped, so the country will have to live on American aid.

For all this will be responsible Poroshenko. He now stands in white clothes, exudes the smell of candy, but the clothes will be smeared with blood, and the smell of candy will be mixed with the fumes of burning houses. At that moment, Yulia Tymoshenko will enter the arena and the implementation of the Russian 1994-96 scenario will begin.

Why did Yeltsin start a war in Chechnya? Yes, because in a normal election, the whole gang in power would have lost the Communist Party. Therefore, they started a controlled military conflict with an ethnic component that mobilized people from both sides. It was against this background that Swan appeared, and now this same role, but only in Ukraine, is played by Tigipko and Gritsenko. Zhirinovsky's rating has risen in Russia, and here you can draw a parallel with Lyashko. Yeltsin had the opportunity to increase the rating due to the patriotic-nationalistic factor. And Zyuganov is, of course, an analogue of Poroshenko.

I think the plan is precisely that Tymoshenko will fly to negotiate with Moscow against the background of Poroshenko’s inability to solve the problems hanging on him.

Ctrl Enter
Noticed oshЫbku Highlight text and press. Ctrl + Enter
We are
A great interview with Sergey Lavrov: about Ukraine, Obama and IranWhat you didn't want to know about England
Military Reviewin Yandex News
Military Reviewin Google News
43 comments
Information
Dear reader, to leave comments on the publication, you must sign in.