29 May 2014
49
From 20 to 23 in May, the Integrated Security-2014 exhibition was held at the Moscow All-Russia Exhibition Center. As part of this event, more than 500 participating organizations from several countries presented their latest developments in the field of security systems and various equipment. So, MGTU them. N.E. Bauman, together with the Remdiesel plant (Naberezhnye Chelny), presented the Iskatel mobile high-security humanitarian demining complex. The new complex is designed to search and neutralize various explosive devices, both factory and handicraft. The Iskatel complex is proposed for demining in areas where fighting has recently taken place. 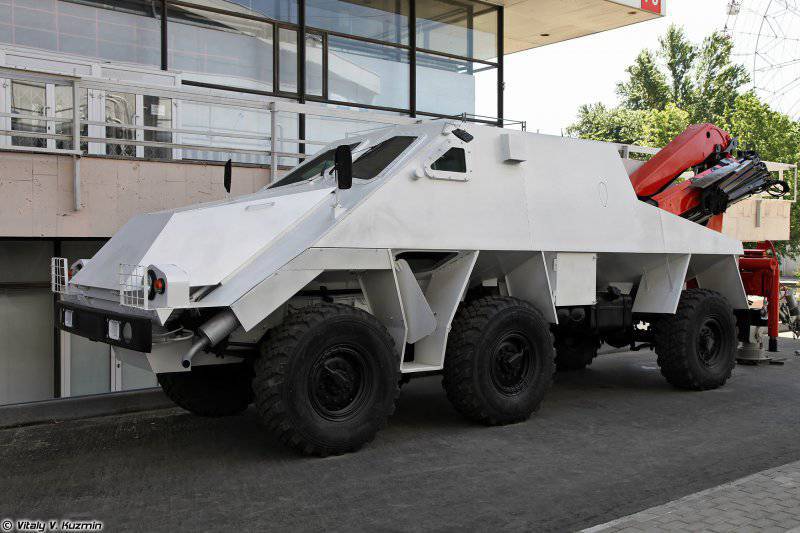 The Iskatel humanitarian demining complex is a wheeled chassis with an armored hull mounted on it and a set of special equipment. The KAMAZ “Warrior” chassis, developed several years ago, was selected as the basis for the demining machine. The chassis with the wheel formula 6х6 should provide the car with high performance. In addition, the characteristics of the chassis made it possible to equip the Iskatel with all the necessary equipment: depending on the configuration, the curb weight of the machine can reach 16,7 or 19 tons. An ambiguous feature of the chassis is the location of the transmission units outside the armored hull.

The armored case of a characteristic angular form is established on the basic chassis of the car. To simplify and reduce the cost of construction, it is proposed to assemble the hull from large rectilinear armor panels connected at various angles. In the existing photos it is clearly seen that the “Finder” case has a V-shaped bottom. In the case of a mine under the wheel or body exploding, this form of the bottom should reduce the impact of the shock wave on the crew and the internal units of the machine, moving it to the sides. It is argued that the body of the machine provides 3 with the level of protection according to the STANAG 4569 standard and withstands hitting an armor-piercing bullet of the 7,62x51 cartridge of NATO mm or undermining 8 kg of trotyl under the wheel. Bulletproof protection complies with 6 class of Russian standard GOST 51136-96.

In front of the case there is an armored engine cover. Behind it is a large habitable compartment for the driver, commander and sappers. In the back left part of the body there is a small platform for the installation of a crane-manipulator, for which we had to sacrifice the volume of the habitable compartment. In the stern hull sheet is the door for landing and disembarking the crew. In addition, for the emergency escape of the car, the crew can use two hatches in the bottom. For convenience and safety under the hatches are provided steps-covers. 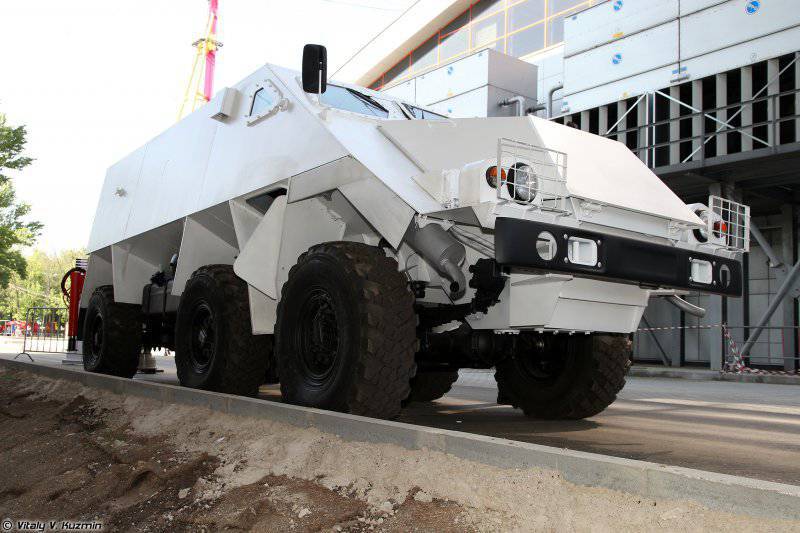 The Iskatee mine clearance vehicle is capable of transporting a brigade of sappers. In front of the hull there are jobs for the driver and commander, followed by the station of control of the crane-manipulator at the left side. Along the starboard side there are seats for sappers. In total, the crew of the "Seeker" consists of nine people. Depending on the conditions, the crew may perform demining both by remotely controlled means and personally. In the first case, people are protected by body armor and the distance between the machine and the explosive device.

At the rear of the vehicle, a crane-manipulator was mounted with the possibility of control using the remote control inside the armored hull. For the correct operation of the crane, the Iskatel machine is equipped with two outriggers. The crane arm has a sophisticated multi-link design that provides maximum reach of up to 26,7 meters. The boom head is equipped with a swivel mechanism and fixtures for various equipment. The Iskatel machine, shown at the Integrated Safety-2014 exhibition, carried an ordinary cargo hook, however, it is possible to use more sophisticated equipment, primarily various remote-controlled manipulators.

The use of such equipment allows the crew of the machine to make clearance at a safe distance. To monitor the actions of the manipulator, there are two video cameras on the stern of the armored hull and on the boom. The video signal from the cameras is displayed on the monitors of the operator. Such a system allows sappers to work at a safe distance from an explosive device under the protection of the machine body. In this case, the crew of the machine will risk only a part of the equipment, which is located in the immediate vicinity of the object to be neutralized.

Information Agency "Rosinformbyuro" cites the words of the chief designer of the SPC special engineering MGTU them. Bauman S. Popov, according to which the Iskatel mine clearance machine was developed as an alternative to complex and expensive robotic complexes of similar purpose. According to the head of the design organization, the existing robots have serious limitations on their capabilities, primarily on mobility, and are also quite expensive. The Iskatel machine, in turn, is cheaper than other equipment, and the crew and most of the necessary equipment are protected by armor.

According to some data, the Iskatel complex has already attracted the attention of potential customers. The Russian and Kyrgyz military, as well as representatives of some scientific and design organizations have shown their interest in this car. On the tests of the "Seeker" has not yet been reported, which does not allow to speak about its real characteristics and capabilities.

Not so much is known about the “Seeker” humanitarian demining complex as we would like. Nevertheless, even the available amount of information allows us to draw some conclusions. Like many other projects, “The Finder” has both advantages and disadvantages. Some features of this machine will simplify the operation and execution of basic tasks, others - will complicate the work.

The most important advantage of the project is the used chassis. The “Iskatel” machine is made on the basis of the “Warrior” chassis of the KAMAZ plant, which affects not only the characteristics, but also ease of maintenance. Units borrowed from KAMAZ commercial and military trucks are widely used in this chassis. Such equipment is actively used in Russia and a number of foreign countries, which should simplify the supply of spare parts and maintenance of the Iskatel machines. Another feature of the chassis, namely the assembly of the transmission units and the undercarriage outside the hull, is ambiguous. Undermining a machine on a mine is guaranteed to lead to serious damage or destruction of transmission units that are not protected by the hull. However, the restoration of the machine should be relatively simple, since the repairmen will not have to work in a limited amount of armored hull.

It is claimed that the Iskatel armored hull meets the requirements of 3 of the level of NATO standard STANAG 4569 or class 6 of Russian GOST 51136-96. The armor is able to protect the crew not only from bullets and fragments, but also from the detonation of mines. It should be noted that the design of evacuation hatches may affect the mine resistance of the machine. Their location weakens the bottom of the hull, which can affect the survivability of the machine when a mine is exploded under the wheel or under the hull.

A uniquely interesting and useful feature of the “Mine Finder” is a crane-manipulator. It allows sappers to make the necessary manipulations with an explosive device, without approaching it at a dangerous distance. In addition, the arrow allows you to work with objects located behind any obstacles, including inside buildings. The multifunction boom with hydraulic actuators is a replacement for complex robotic systems used for mine clearance.

The “Seeker” humanitarian demining complex is of particular interest to various structures that have to deal with explosive devices. The machine, created in MSTU. Bauman and built at the plant "Remdizel", can be used by engineering units of the armed forces and other organizations involved in the disposal of mines and improvised explosive devices. At the moment, the project "Finder" is not without some flaws, which, however, can be eliminated during the refinement and testing.

The new Isker mine clearing machine was first shown at the recent Integrated Security-2014 exhibition. This means that potential customers learned about its existence just a few days ago and, apparently, have not yet decided on the need to purchase such equipment. For this reason, the further fate of the Isker machine remains in question. It may be of interest to potential customers and go into the series, but one cannot rule out such a development of events, in which the shown sample will remain an exhibition exhibit. 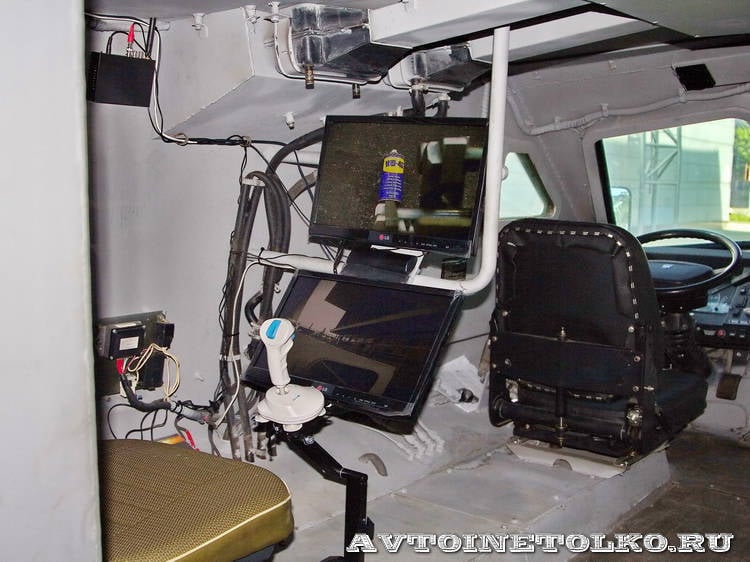 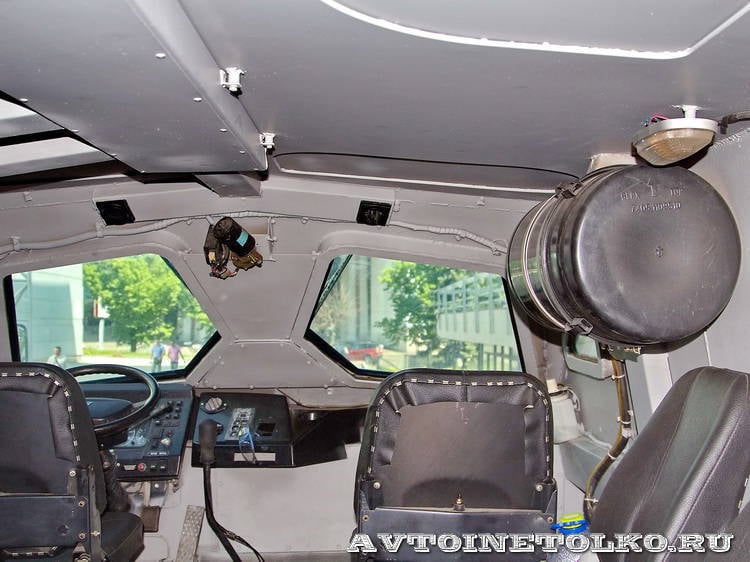 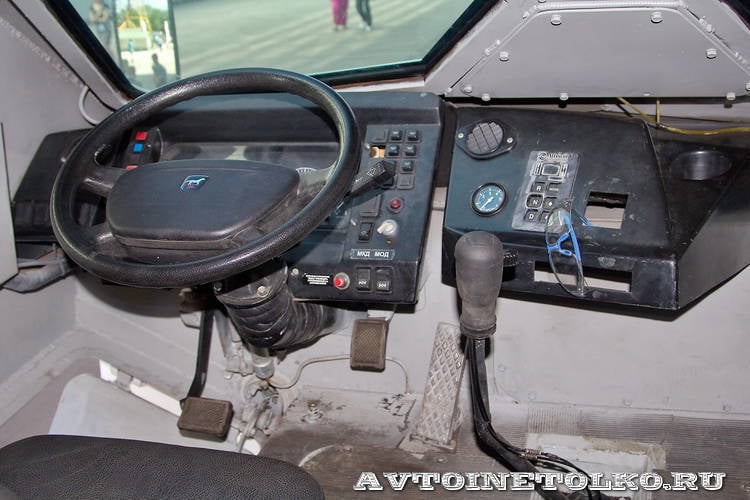 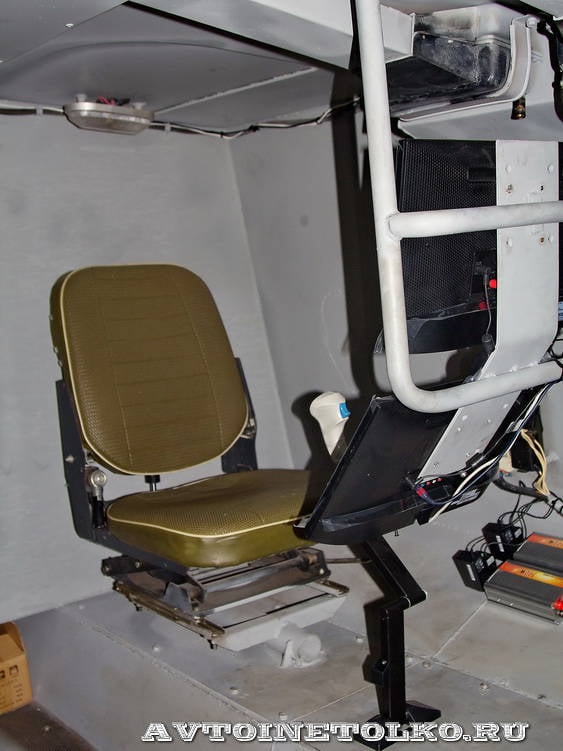 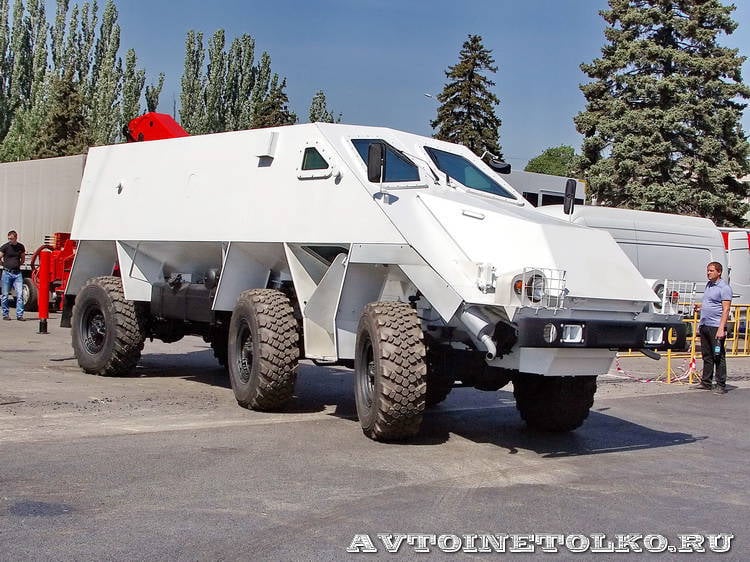 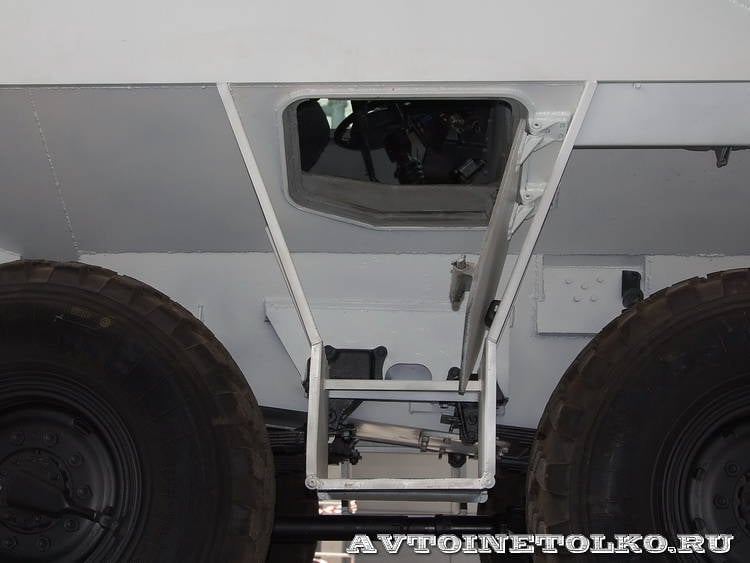 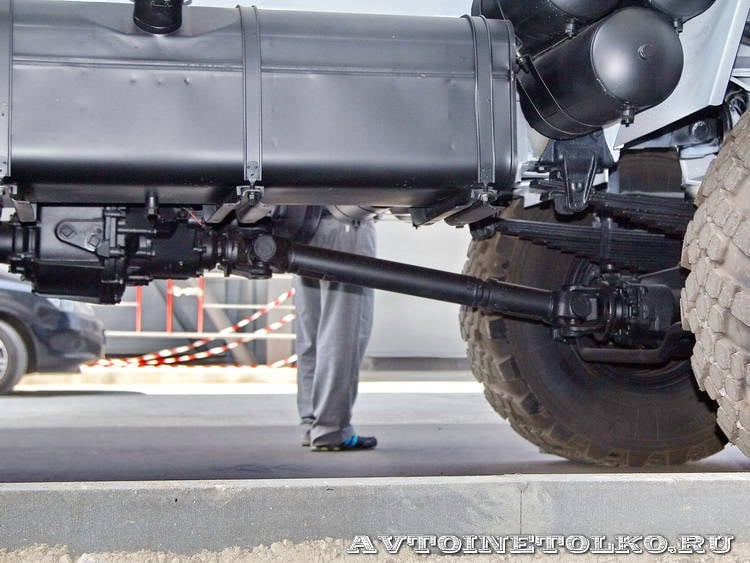 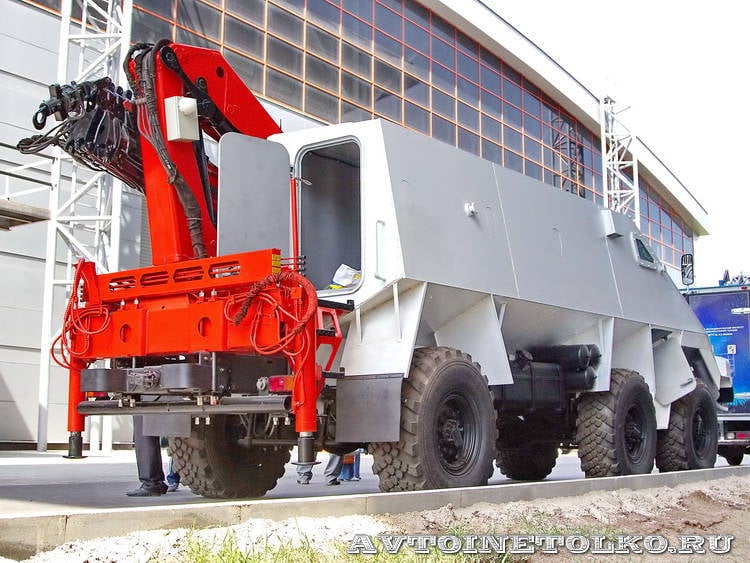 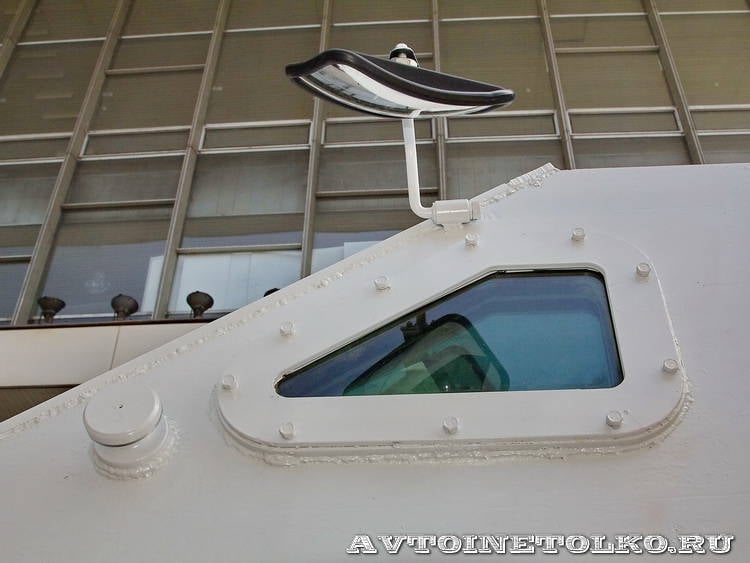 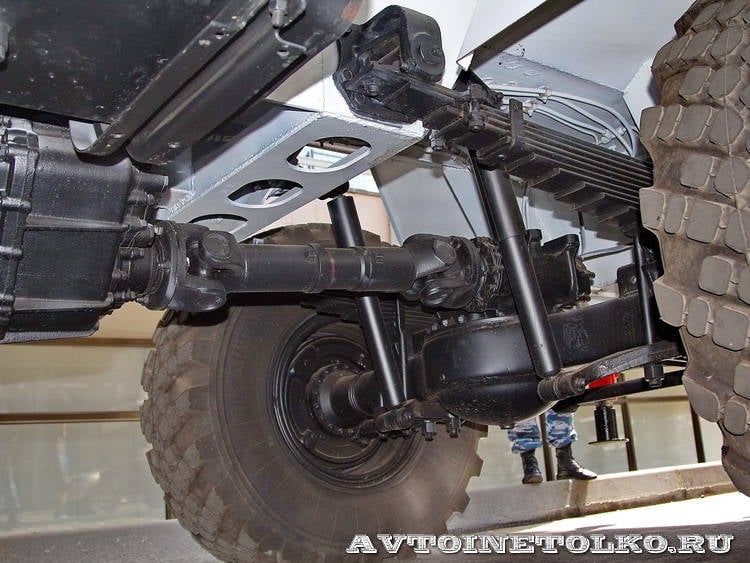 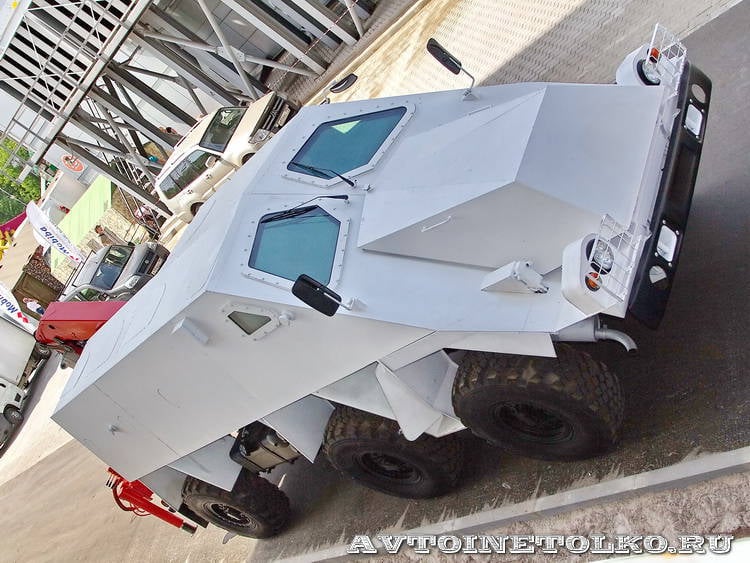 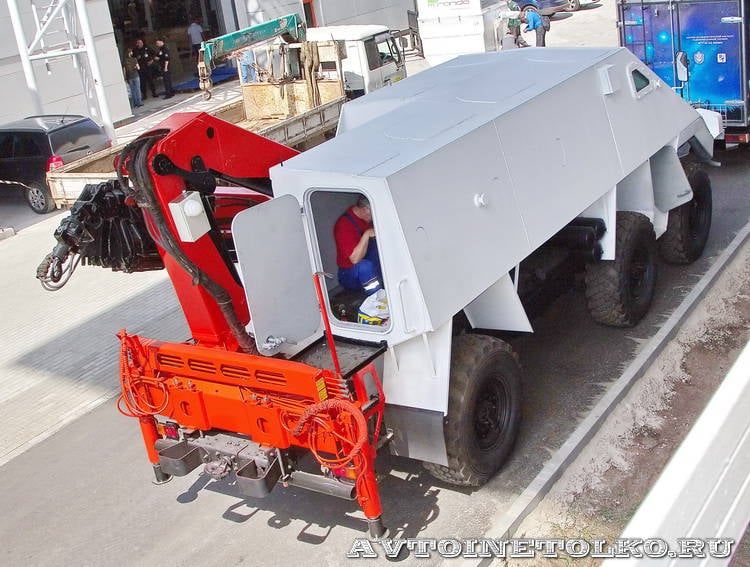