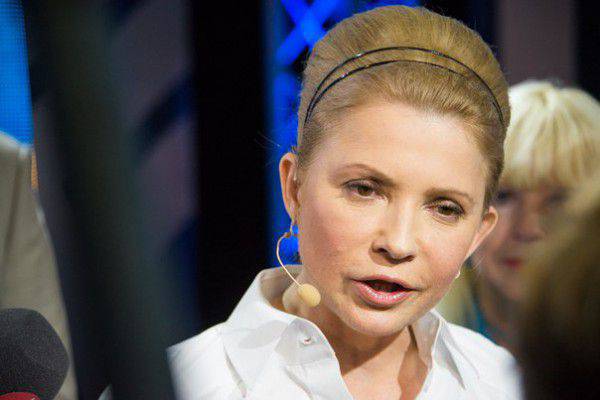 The first thing that surprised journalists in five minutes before officially announced by the President of Ukraine, Petre Poroshenko, was his words spoken at the election headquarters on election day: “According to the Constitution, presidential elections do not entail the resignation of the prime minister. I believe that Arseniy Yatsenyuk’s activity in this position is quite successful. ” And this is despite the fact that Arseny Petrovich himself showed unprecedented restraint: he was not in a hurry to congratulate the presidency on the man whom the exit poll was already then actually made head of post-revolution Ukraine ...

... It is necessary, they say, to wait for the official announcement of at least the official results, Yatsenyuk declined to give a direct answer, surprising the media workers with his loyalty to Tymoshenko. Loyalty is not a "trick" of Ukrainian politicians. Rather, on the contrary, everyone is passionately and famously betraying everyone and always, as soon as they sense personal gain.

"What happened? Where does such meekness come from? ”, In turn, the media men were surprised. It would seem that Yatsenyuk should go to the garbage stories first. As the creator of Poroshenko’s “sworn friend” since the time of the first, “orange” revolution and the presidency of Viktor Yushchenko, the leader of the Batkivshchyna party, Yulia Tymoshenko. And now this lady promised not to recognize Poroshenko’s victory, but on the contrary - to arrange for him a revolutionary bath in the form of “Maidan-3” and “anti-oligarchic revolution”.

And although on election day, she in a crying-trembling voice of the type recognized Poroshenko’s victory, this, as you understand, means nothing. There is even a crocodile before the attack, even pretends to be a log. And then - Tymoshenko herself ...

Yesterday, at a meeting of the Cabinet of Ministers, Yatsenyuk, however, “reformed” and congratulated the new “master of Ukraine.” “On behalf of the government we congratulate Peter Alekseevich. The new president, the government and the parliament will do everything for which the Ukrainian people went to the Maidan, ”the head of government promised. He either clearly expects to stay and survive the inevitable rotations, or he is just too careful not to provoke anyone.
And now everyone is waiting for the beginning of the formation of the new president of his team. And here, it turns out, it is important not only who and how Poroshenko selects to his team, but also FOR WHAT AIM, why do he need these or other characters. Including from the "enemy camp". And first of all - Yatsenyuk.

So why? What for?

Answers to these questions are not such Newton's bin as Bulgakov's Koroviev would say. They are in the political etymology of the modern Ukrainian government, which came to the “helm” as a result of the February 22 coup d'état of 2014. And in the attempts of Western curators of the change of power in Ukraine to give it maximum legitimacy. In the eyes of the Ukrainians themselves, and the entire world community. Power must be legitimate. This is the first law of pacifying the country after the shocks. Otherwise, according to the apt remark of the unfinished mayor of Kharkov Gennady Kernes, she will have “a boring face and no one will give her money”. And the money - this is the first thing you need is rapidly flying to a default country.

Therefore, firstly, Poroshenko’s stated personnel caution is the implementation of previous backroom agreements on the distribution of posts and thus achieving a kind of consensus in the victorious opposition opposition camp. These agreements were most likely reached during numerous Smotrin visits in Washington, Brussels, Berlin and even London, to which Ukrainian “winners from the Maidan” made the voyages. Poroshenko, Yatsenyuk and the then favorite of the unofficial presidential race, the leader of the UDAR party, Vitaly Klitschko, a favorite of German burghers and the German Chancellor Angela Merkel, were virtually unchanged.

A simple triumvirate appeared to the Ukrainians through simple manipulations, pressures, persuasion and orders, in which the positions were clearly distributed: Poroshenko - president, Yatsenyuk - prime minister, Klitschko - mayor of Kiev, because, as you know, all revolutions occur in capitals and women cannot be offended. Especially the rulers of countries like Germany.

And away we go. Klitschko went into the shadows, firing Poroshenko into the presidential race instead of himself and leaving his "BLOW" to secure his victory. Poroshenko supported Klitschko's mayoral ambitions, and Yatsenyuk, as they say, sat in the shop, stayed on the farm and provided loans to the IMF, did not allow the economy to collapse completely, etc., etc. Poroshenko, by the way, remembers this. He specifically noted that Yatsenyuk was able to secure an IMF loan, signed an association agreement and support for the EU.

Secondly, - and this is also important - leaving Yatsenyuk as prime minister, Poroshenko unwittingly brings discord to the team of Tymoshenko, whose promoted men today are in fact rule the country. It has already been said about Yatsenyuk, and in his government - two thirds of the ministers - are Tymoshenko’s members from the “Batkivshchyna” or structures affiliated with it. Alexander Turchinov - and so far. about. President and Speaker of the Verkhovna Rada, Andrei Paruby - Secretary of the National Security and Defense Council, Arsen Avakov - and. about. Interior Minister. This is a serious force, which, in view of the personality of the “mother” Tymoshenko, cannot be ignored.

Poroshenko and does not ignore. He himself, as they say, would have eaten Yulia Vladimirovna without salt, but he had to make all kinds of equipment in her direction. But in parallel to do everything to split the fanatical "Julies" and "Yulebots" of all levels, stripes and shades.

And how, proceeding from the Ukrainian political traditions and mentality of inborn traitors, it is best to buy the loyalty of the “enemy”? That's right, to offer him bread sinekura and a lucrative position. Or, at the worst, to frighten off the fact that it is possible to select an existing position. And Poroshenko leaves Yatsenyuk the prime minister, and Turchinov is frightened by the re-election of the Rada already this autumn. He puts these two Tymoshenko residents to make a choice - either to remain loyal to Tymoshenko and go with her to the margins of Ukrainian politics, or else to “clap” in their positions, or even go over to the new patron and remain necessary to him in the existing chairs.

The same, most likely, expects also other "yulkov" with power. They will also, one way or another, be made proposals that are difficult to refuse. So, next to Tymoshenko will remain either the same "waste", as she is, figures, or fanatical, but completely useless on the sidelines of power, ordinary followers.

Poroshenko either sensed with his unmistakable “snooty” of an experienced intriguing politician, or the curators hinted about this, that Tymoshenko is now experiencing the bitterness of the expression “this is the way the earth’s glory passes.” And that she must understand: she is no longer needed even as an unpredictable, charismatic, unprincipled and radical “leader” who is capable of anything at all for the sake of power. Her time has passed. And now, completely different people play the role of subversivers and bouzoteurs, combat frontmen and cannon fodder - the militants of the Right Sector and other paramilitary structures prepared for the Euromaidan and the Molotov cocktails created on it.

This is the personal tragedy of Tymoshenko. Her whole life. But to whom it is now important, if it, the tragedy, is also included in the covert agreements of the new masters of life in Ukraine. It is always the case with slivers, when the old wood is chopped with new axes ...

However, Tymoshenko always has a chance to fix everything. Already this autumn, when Ukrainians, most of them, on themselves, on their wallets will feel the price of reforms and European integration. And when the populist anti-oligarchic slogans receive fuel for social discontent of the broad masses, as they said before. It was then that the peaceful and supposedly resigned “log” could be bristled with the teeth of a crocodile. So much so that from the well-fed and well-fed winners only scraps will fly ...