UAV project MALE2020 goes to the stage of consultation with customers

29 May 2014
5
European aviation industry is ready to begin to create a promising unmanned aerial vehicle for the armed forces of several countries. Airbus Defense and Space, Dassault Aviation and Alenia Aermacci agreed to create a new joint project, and also sent a proposal to the military departments of Germany, Italy and France. The military of the three countries is invited to take part in the new program, which has received the designation MALE2020 (Medium Altitude, Long Endurance, 2020 - “Average altitude, long flight duration, 2020”). 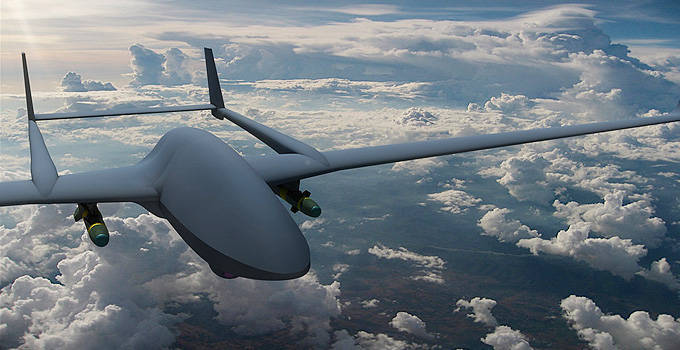 During the first stage of work on the creation of a promising European drone development companies plan to determine the requirements for it and the overall appearance. Since the MALE2020 UAV is supposed to be built for the needs of European armies, the German, Italian and French military should take an active part in the process of forming requirements. These countries are considered as the first and main customers of new equipment, which is why their opinion will be taken into account in the first place.

In the framework of the so-called. phases of the definition, three aircraft manufacturers and representatives of the three armies will exchange views, as well as determine, refine and correct their views on the appearance of a promising UAV. An official press release from Airbus, Dassault and Alenia Aermacci states that such an approach to design will reduce financial risks and eliminate the need for various additional research and design work.

Upon completion of the preliminary work, a package of documents on the technical appearance of the MALE2020 drone will be prepared. In addition, an agreement will be signed, in accordance with which European companies will develop and build advanced equipment. The development of a new UAV will take several years. According to current plans, the first prototype of the MALE2020 system should be built and tested by the 2020 year.

Bernhard Gervert, General Director of Airbus Defense and Space, noted that the most important stage begins in the MALE2020 project. The developers of the promising drone are confident that the armed forces of several European countries need such equipment and therefore the project has a great future. In the near future, negotiations with potential customers should start, and B. Gervert is looking forward to their start.

The president and CEO of Dassault Aviation, Eric Trappier, called the MALE2020 project a unique opportunity for developing European strategic potential. According to him, MALE2020 will be the first project that begins with the full agreement between the parties in the requirements for new equipment.

The Director-General of Alenia Aermacci, Giuseppe Giordo, commenting on the plans of the European consortium, said that the joint work made it possible to identify existing opportunities that can be used in the near future to solve emerging problems. Giordo believes that now it is necessary to use the latest technologies and move the aircraft industry forward, as well as to create a new generation of aviation systems.

It should be noted, a joint project of several European companies called MALE2020 or simply MALE started relatively recently - in the first half of last year. Airbus Defense and Space, Dassault Aviation and Alenia Aermacci analyzed the current situation on the market of unmanned aerial vehicles and came to the conclusion that it was necessary to actively develop their own systems of this class with a view to supplying them to European armies. It was assumed that the apparatuses of the MALE project would be able to supplement and then force out foreign-made equipment (primarily American).

The start of work on the new project was announced at the Le Bourget 2013 air show. Over the next few months, specialists from the three companies worked on the organizational part of the new project, and also studied the needs of potential customers. Completion of these works allowed the companies participating in the project to propose to potential customers in the person of Germany, Italy and France. In the future, the list of countries participating in the MALE2020 project may be expanded.

As is clear from the name of the project, the drone MALE2020 will be designed to perform long flights at medium altitudes. The main purpose of promising unmanned vehicles will be performing various reconnaissance tasks. This does not exclude the possibility of creating a shock modification of the new UAV. A specific list of tasks that will be addressed by a promising European drone will be determined as a result of consultations with potential customers.