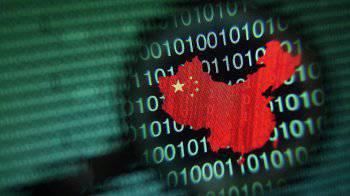 The Chinese government has published a report in which the United States is accused of "shameless" cyber espionage against other countries, including American allies, reports Kommersant. According to the authors of the report, the main object of espionage activity is China.


The report “On the global cyber espionage of the United States” was published by the Center for the Study of the Problems of the Internet and Media Resources of China. It notes that the United States "shows its ugly face in the pursuit of personal interests in complete disregard for moral values" by engaging in large-scale cyber espionage across the globe. At the same time, "US espionage operations penetrate every corner of China."

According to the authors of the report, Huawei Technologies, the Ministry of Foreign Affairs of the People's Republic of China, the Ministry of Commerce, as well as the Tencent short messaging service suffered from US actions.

To confirm their words, the authors cite the publications of the Western media, as well as information from Edward Snowden. In addition, they refer to the results of the study, which "for several months carried out various Chinese departments." The document notes that such activities threaten global security and violate international law.

The report “On the global cyber espionage of the USA” appeared a week after the United States accused five officers of the People’s Liberation Army of China in economic cyber espionage.

Ctrl Enter
Noticed oshЫbku Highlight text and press. Ctrl + Enter
We are
Nikolai Nikiforov: “The model for managing the Internet infrastructure should be multilateral
Military Reviewin Yandex News
Military Reviewin Google News
34 comments
Information
Dear reader, to leave comments on the publication, you must sign in.