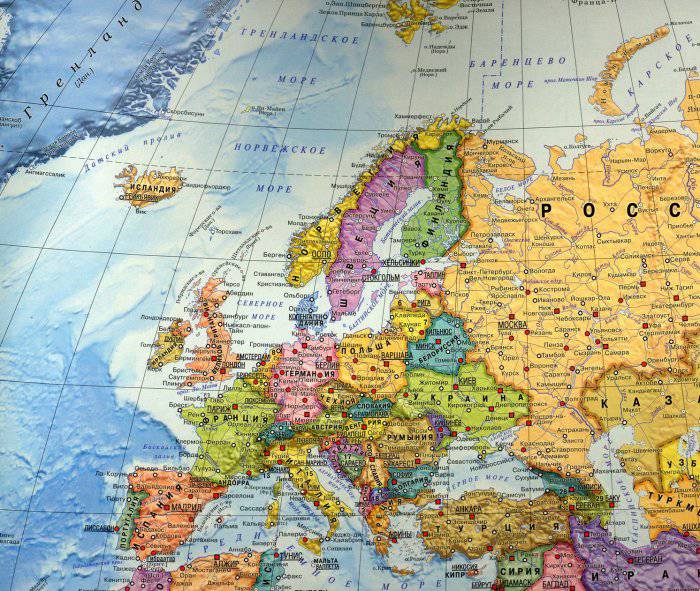 Despite the current rampant westernization of Russian society, which did not start in the 1991 year, but much earlier, still in the Soviet Union, there remain many questions about the interaction between the West and Russia-Russia. And perhaps the most important one: where are we going?


One can also recall the Russian empire, but under the influence of the culture of culture there was only the top of society and most of the intelligentsia, the common people kept in themselves the heritage of thousands of years of Russian, Slavic culture. And what did the desire of the elite and intelligentsia to “merge” with the West, to become a kind of eastern England or France ?! To a total catastrophe, collapse, the death of the administrative corps, the intelligentsia, its flight from Russia and subsequent assimilation in the West and the East. Then, in order for a disaster to happen, it took a little more than 300 years of the Romanov rule. How much is required for the death of the project "Petersburg-2"? Currently, the processes are going much faster, an information explosion has occurred. Previously, a person needed to go through an initiation, go through a hierarchy, or read very rare literature in order to gain access to information of global significance. At present, in any bookstore so much information that eyes scatter. A man of common sense can learn a lot of interesting things from her and draw the appropriate conclusions.

Therefore, a lot of time is not required for a new explosion in Russia. Many had previously thought that retirees, veterans and the memory of Stalin would die, plus the constant propaganda of his “bloody deeds”. But Stalin remained very popular among the people, people retain their sanity, they can compare the facts. Also on other issues - for more than two decades they have been promoting tolerance, humanism towards all sorts of perverts, homosexuals, rapists, maniacs. Introducing Western behaviors. But if the authorities dared to hold a referendum among the people, the result would be the same: people would vote to make pedophiles, maniacs executed in public squares, that is, publicly, preferably, and corrupt officials. Common sense is alive in the people.

The project "Petersburg-2" will live no more than a few decades, westernizing Russia, we are introducing all the diseases of the West. Western civilization itself is sick: it is dying out, dissolving into the sea of ​​migrants, unless powerful health measures are taken, European civilization is doomed.

So, 17 May 2011 was held in Athens, the international conference "The military-political dimension of European security", there were discussed security issues in the relationship between Russia and Europe. We talked about arms control, about confidence-building measures. Problems are important in principle, but questions arise:

- What is the purpose of such interaction, what will we come to when “interacting” with NATO?

- Is the policy aimed at the unilateral orientation of the Russian Federation at military cooperation with Western countries not flawed?

- Is there a possibility that all such conferences, summits, etc., are aimed at the disinformation of Russia, at using its potential, to consolidate its dominance on the planet?

- Against whom create a missile defense system in Europe?

What should be written in school textbooks stories and social studies

“Russia-Russia is not a part of Western civilization with its own characteristics, as the various lovers of the West in Russia say. Russian civilization is a different world, another Path of human development, we are a different humanity. Russia is the “heart and Soul” of the planet, it harmonizes and stabilizes the development of mankind. We have different Programs (codes) - they have a benefit, we have a Conscience.

- The West is historically hostile to our civilization, since only it really stands in the way of their “World Order”. Only by controlling Russia, you can control the entire planet. It is time to learn Russian, the world will never be - or we them, or they us ... The "master" of the planet should be one.

It should be understood that the United States currently dominates Western civilization, therefore, it is difficult to talk with European countries about security in Europe. They fit into the framework of the American military strategy.

You can talk and negotiate with individual countries of Europe, with the same Germany, looking for mutually beneficial forms of cooperation. While seeking to reduce the influence in Europe of the Anglo-Saxons, as yet the most powerful group in European civilization. Support pro-Russian movements, parties - in the same Serbia, in other countries.

We are in Yandex Zen
Holiday in the frontline city. Donetsk celebrated the Day of Slavic Literature and Culture
Situational analysis of the death of the MH17 flight (Malaysian Boeing 777), made on the basis of engineering analysis from 15.08.2014
7 comments
Information
Dear reader, to leave comments on the publication, you must to register.