Elections in Ukraine as an example of a circus performance 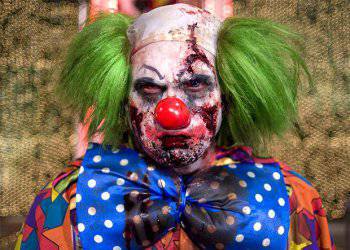 “Circus” was not called by anyone, but by a completely Western man - Daniel Patrick Welch, columnist for Global Research. According to him, “the oligarchs-fascists” came to power, and the “chocolate magnate” was put into the presidency not by the will of the people, but “the most murderous empire in stories humanity. "


"It was a classic circus," - with these words, begins his article on Global Research Comrade Welsh.

The author considers the elections false, and calls them the conductor “the most murderous empire in the history of mankind”. Welch cites evidence: before the elections, the offices of opposition parties were burned down, bans were introduced, gunfire was fired, political opponents were tortured, they were even killed ... Oleg Tsaryov was beaten up by the “fascist mafia” to the death, while the police were inactive.

According to the analyst, on election day, neatly folded bundles of ballots appeared in the ballot boxes, in which a predetermined US winner was marked. And only “in a couple of hours of voting” - well, is it not a miracle! - millions of sheets have already been counted and the victory of the billionaire oligarch, chocolate magnate Poroshenko has been announced.

With reference to a Czech source, the author points out that only 17,52% of voters appeared at the election.

And that's what the browser thinks is strange. Was it not logical after the “revolution” to first agree on a new constitution — after all, on the Maidan they wanted just that? However, nothing like this happened.

Welch is confident that the new president is just a new face representing oligarchic rule in Ukraine, and at the same time he is an American puppet.

Comrade Welch is disturbed by the following. First, Poroshenko made "incredible promises" during the "campaign". He was going to "raise" the monetary allowance for those militants who are waging war against the eastern regions (the journalist calls it "the killing of brothers in the east"). Regular army? Police special forces? No, the author says. Poroshenko probably means money for the "fascist mercenaries" who will do everything "right".

Secondly, the fact that Poroshenko was going to inaugurate in the Donbass - in fact, a provocation and even a declaration of war against the citizens of the Southeast. After all, for the inauguration to take place, you must first “pacify” the disaffected. This is a clear signal to the author, writes that there can be no negotiations, there can be no reconciliation, not to mention the recognition of the aspirations of almost half of the country. This is an aggressive statement that the only way for Kiev is military confrontation.

"This man," writes Comrade Welch, "is a dangerous fascist, like all the oligarchs."

The “winning speech” of the oligarch only added salt to the endless wound of the Ukrainian people. His words confirm that the junta considers citizens resisting power to be "terrorists." In their statements, the chocolate tycoon went so far as to promise to “clean up” these “terrorists”.

Now, the United States will “shout and roar” that after the election this person will have the full right to take measures to suppress protests - measures that “coincide purely by chance ... with their own US agenda.”

According to Welsh, Russia will still refuse to intervene. As a result, the Donbass will stand alone against the "rabble" of fanatics who are armed by the CIA, and even NATO.

Putin may have miscalculated, making it clear that he recognizes the winner of this “electoral farce,” Welsh writes. At the same time, the journalist admits that he does not know the subtleties of the Russian plans. Nevertheless, he is confident that the Russians understand that this is “a grave threat to the existence of the Russian state itself” and as such it was originally conceived.

The author of the present day calls the term “terrible” and “dangerous”.

As for Poroshenko, let us add from himself, this “tycoon” said not only about restoring order in the Southeast, but also called the “return” of Crimea the “priority”. On "BBC" An entire article has recently appeared on the new president’s statements.

“My first decisive steps will be aimed at ending the war, ending chaos and bringing peace to a united and free Ukraine,” the candy king said at a press conference in Kiev.

How does he bring peace to Ukraine? And in a short time, he will clear out the Southeast, i.e., he will continue the “special operation”: “I support its continuation, I demand a change in its formation - it should be shorter in terms, it should be more efficient, parts and divisions should be better equipped, they should have better weapons, better ammunition ".

Well, Crimea: “One of the first priorities of the president’s activity, the entire Ukrainian government, will be to resolve the Crimean issue: returning Crimea to Ukraine, protecting Ukrainians living in Crimea and who are now under extremely high pressure because of their“ Ukrainianship. ”

What can you say? Apparently, Poroshenko plans to transfer the war with his own people to another “formation” - to the war with Russia ...

Observed and translated by Oleg Chuvakin
- especially for topwar.ru
Ctrl Enter
Noticed oshЫbku Highlight text and press. Ctrl + Enter
We are
Results of the week. "Yes, it's just some kind of circus ..."Who will sit in the presidency in 2012? Poll
Military Reviewin Yandex News
Military Reviewin Google News
77 comments
Information
Dear reader, to leave comments on the publication, you must sign in.