Ukraine exported military hardware from the Crimea for $ 1 billion 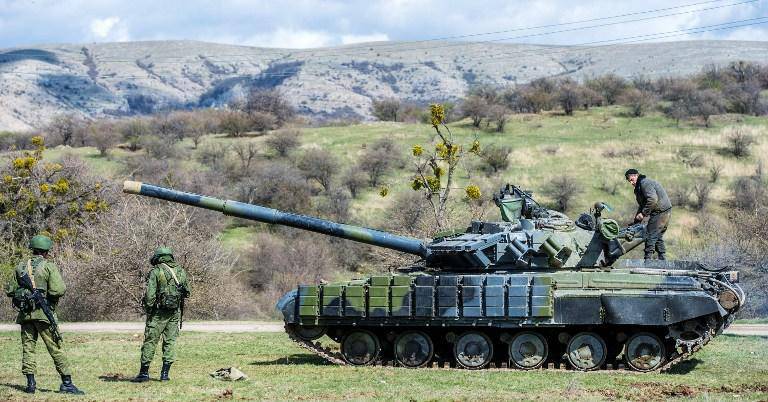 Russia transferred to Ukraine military equipment based in the Crimea for $ 1 billion. According to the Deputy Minister of Defense of the Russian Federation, General Bulgakov, weapons and equipment are transferred in the state in which they were thrown by the Ukrainian military.


Ukraine transported more than two thousand weapons and military equipment from the Crimea, including the 32 ship. According to the website of the President of Ukraine, the total value of exported exceeds $ 1 billion, reports RIA News.

We recall earlier Deputy Defense Minister General of the Army Dmitry Bulgakov said that the Russian Federation plans to transfer to Ukraine all equipment, based in Crimea, before the end of 2014. According to Bulgakov, weapons and equipment are transferred in the state in which they were abandoned by the Ukrainian military.

In Ukraine, 22 February, there was a change of power, which, according to Russia, has signs of a coup. Rada ousted President Viktor Yanukovych from power, changed the constitution and called elections on May 25. Moscow believes that the legitimacy of the decisions of the Rada raises doubts.

A number of regions of the east and south of Ukraine, as well as the Crimea, did not recognize the legitimacy of some decisions of the Rada. The referendum on the status of autonomy was held in Crimea on March 16. 96,77% voted in favor of the republic being part of the Russian Federation. March 18 signed an agreement on the entry of the Republic of Crimea and Sevastopol into the Russian Federation. Russian President Vladimir Putin 21 March signed the law on ratification of the treaty and the federal constitutional law on the formation in the Russian Federation of new subjects - the Republic of Crimea and the city of federal importance Sevastopol.

The West does not recognize the reunification of the Russian Federation and the Crimea. In this regard, the United States, the EU and their partner countries have imposed sanctions against some of the representatives of Russia. At the same time, Russian President Vladimir Putin said that holding a referendum complies with international law and the UN Charter, and the Russian Foreign Ministry noted that it is inappropriate and counterproductive to talk with Russia in the language of sanctions.

Ctrl Enter
Noticed oshЫbku Highlight text and press. Ctrl + Enter
We are
Veteran of "Alpha": Statements about the involvement of the "Golden Eagle" fighters in the shooting on the Maidan - a provocation of the new authorities of UkraineOn the only submarine of the Ukrainian Navy raised the flag of St. Andrew
Military Reviewin Yandex News
Military Reviewin Google News
37 comments
Information
Dear reader, to leave comments on the publication, you must sign in.