Precision weapons of Ukraine, or a strange ultimatum for Donetsk 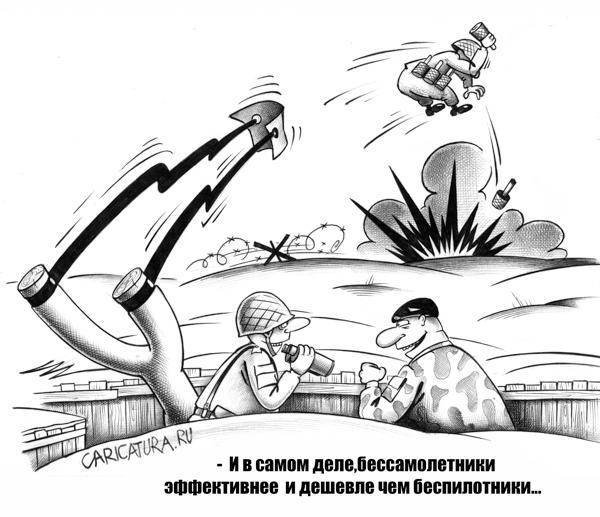 If the militants do not surrender, a high-precision special weapons, about it on the page on Facebook wrote the head of information department of anti-terrorist operation lieutenant colonel Vladislav Seleznev.

“At present, all the militants' objects have been reconnoitered. If the militants do not surrender, they will be struck with highly accurate special weapons on the reconnoitered objects. The tasks of the antiterrorist operation continue to be implemented,” Seleznev stressed.

The fact that the massacres of innocent people will continue - nobody seems to harbor any illusions here. But I would like to clarify about precision weapons.

It turned out that, indeed, there is something in Ukraine in terms of precision weapons (WTO). What puzzled even more.

1. Cruise missile "Kite". Existed in the project. The project was never implemented.
2. Tactical complex "Thunder". Based on the project "Kite", died unborn.
3. "Thunder-2". Same song.
4. "Combat". ATGM. Yes, it is released. But this is first of all - ATGM.

It seems to be all. That is, development is underway, and all that, but there is no WTO available. Than Mr. Seleznev is going to destroy the militants, it is not clear. Not the same ATGM.

And here there are two points.

The first is, of course, the help of partners. Who with joy in the name of democracy will provide the army of Ukraine with the best in the world of the WTO. That is American. Fortunately money is now there.

But there is a moment that can hardly be avoided. WTO (all the same, a lionfish, a rocket, a guided bomb) - it as if requires skills and abilities to handle and control. It is clear that this is not for the army and certainly not for the national guard. Then who?

Probably those who can. However, there are moments here too. The first (less terrible) is that in case of a drain Russia will be outraged. The second is the gunner operator or whoever else can grab a real bullet or fragment from the “other” side. And there are no fools, as you know, in NATO. I doubt the lines of volunteers to shoot in Ukraine.

Yes, and we all know, in fact, how this WTO luxuriously amazed military facilities in Belgrade - at home, hospitals, schools. More than.

The Ukrainian army has already shown its full potential. Both planes (apparently, there were no more scum, there is no one to put at the helm), all two dozen helicopters (and they are very cautious about flying now, aware that there are direct hands on MANPADS on the other side), artillery working on a fool ...

What other WTO? From where

I would not want to be a prophet, but the only trump card that remained unused in the arsenal of the Ukrainian army is Grad. And it seems that the statements on the application of the WTO are nothing more than a fairy tale for the Western media.

And the reality can be very, very different. That's just less bloody it is unlikely to become.

Ctrl Enter
Noticed oshЫbku Highlight text and press. Ctrl + Enter
We are
Situational analysis of the death of the MH17 flight (Malaysian Boeing 777), made on the basis of engineering analysis from 15.08.2014And what about our WTO?
Military Reviewin Yandex News
Military Reviewin Google News
124 comments
Information
Dear reader, to leave comments on the publication, you must sign in.