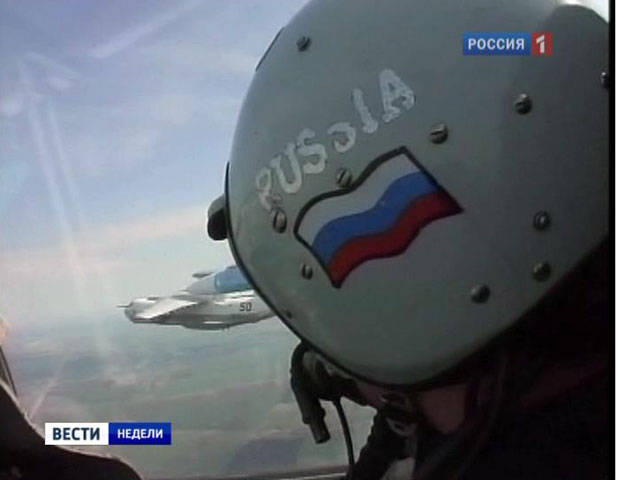 Loud scandal in the oldest and elite aviation center in Lipetsk, where military officers serve. As follows from a number of testimonies, the command of the unit robbed his subordinates, demanding a rollback from the officer's awards. How much did they pay to take off?

In order for journalists to hear and record the stories of elite pilots from the legendary Lipetsk aviation center, a majority voted in the hall. The arrival of Anatoly Kucherena, the chairman of the commission of the Public Chamber for monitoring the activities of law enforcement agencies, gave a long-awaited opportunity to the speakers to speak out this time to be heard. But the press was taken outside the territory of the air center - the conversation turned out to be closed. The first who came to the cameras - the very “Lipfler” - this is how the senior pilot-instructor, senior lieutenant Igor Sulim calls himself on the Internet. “My blog was a week ago our last hope,” said the blogger pilot.

"We tried to solve the problem with less blood - by charter. Yes, we did not succeed. Therefore, after consulting with colleagues, with our colleagues, we came to the conclusion that this is the only way to, first of all, even if you don’t find the truth, justice, but at least protect yourself, ”explains Igor Sulim, senior instructor at the Lipetsk aviation center.

Not because the son of a general aviation, but rather because while single and childless - this was how combat pilots motivated the choice of Sulim's blog. It was his website on May 17 that spilled onto the surface of what had been hidden for almost three years - in elite squadrons, officers extort money from officers. This message was sent to the Air Force Commander-in-Chief, his deputy, the Minister of Defense and the head of the Investigative Committee of Russia. The figures are as follows: monthly, Igor Sulim personally gave 13 thousand 600 rubles from the 52 thousandth prize to the top — unit commander Eduard Kovalsky or his deputy. Now those who once resisted extortions are taken off staff.

“I wasn’t fired yet, but the reorganization started, I didn’t have enough position, so to speak,” says Dmitry Bassarov, a serviceman at the Lipetsk aviation center.

Here is a letter from the wife of another pilot to the military prosecutor’s office, where she tells how she found out that her husband’s bonus was not the 15 thousands he brought, but 52. And the difference, as the husband explained to his wife, is given to the managers at work. Here is the result of the prosecutor's check - the facts were not confirmed. Later, the husband himself applied - already to the FSB. Similar answer: no facts were revealed. Meanwhile, the officer himself decided to talk to the officer’s wife.

"He says: let us meet with you, talk. We had the same consent. Your husband also agreed. Well, I say: my husband did not say, maybe I would not agree - I have two children, why should I ? Give my husband my prize, and should I share it with someone? " - the wife of the pilot of the Lipetsk aviation center Angelica Vasilyeva is outraged.

Colonel Kovalsky and his deputy, lieutenant colonel Tereshchenko are now under investigation. It is assumed that in just one year they collected about two million rubles from combat pilots. But at the same time, the defendants still freely go to the service, they were only temporarily removed from their posts. The pilots themselves were suspended from flying.

"The flight crew that is involved in investigative actions does not perform flights temporarily. I believe that this psycho-emotional background negatively affects flight safety. Therefore, I temporarily decided not to fly these flights," says and. about. Head of Lipetsk aviation center Sergey Prokofiev.

The climate in the advanced squadrons in Lipetsk is now tense. Those pilots who supported Sulim’s letter and wrote their statements to military prosecutors say they are under strong psychological pressure from commanders.

"The Minister of Defense has already begun to deal with this. I think he will make his decision, including on the leaders of the center. But at the same time, we should not be offended by those officers who dared to write statements and report these facts. The very fact creating such a traumatic situation for people who need to sit at the helm - this is absolutely unacceptable. bodies, lawyer Anatoly Kucherena.

Igor Sulimu until getting the rank of second-class pilot had only five flights to make.

To this sensational to the whole country stories the senior lieutenant had no disciplinary action. Now he deliberately risks communicating with journalists - after all, in fact, he is breaking the order. Although he hopes that now the command will understand him.

"You know, the suspension from the flight - for me it does not matter anymore. Of course, it was insulting at first, but now we are fighting not for my honor, but for justice and for all the armed forces as a whole," explains the senior pilot instructor Lipetsk aviation center Igor Sulim.

The investigation into the criminal case against two senior officers from the legendary Lipetsk aviation center, which is preparing the best combat pilots, continues. In part, counterintelligence and military prosecutors are constantly working. Igor Sulim, 24-year-old senior lieutenant and his colleagues, the head of the commission of the Public Chamber promised to be constantly in touch with them. Of course, they want everything to end as soon as possible, so that they, the combat pilots, will return to the sky again.

Ctrl Enter
Noticed oshЫbku Highlight text and press. Ctrl + Enter
We are
War and NovorossiaWarm chair by Anatoly Serdyukov
1 comment
Information
Dear reader, to leave comments on the publication, you must to register.