USA is a "rotten tree"

30 May 2011
74
The United States of America seems to people "unshakable and mighty", their military spending and the army inspire awe. Huge cities, powerful industry, the ability to print virtually a world currency. The position of the sole superpower and the "world gendarme." 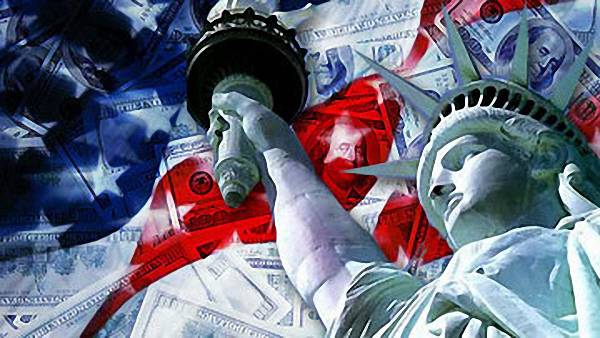 But if you look at the residents of the superpower themselves, at least the vast majority of them, it becomes clear that this is a huge “bubble”. Even the US military campaigns are not victories in fierce battles, as Russia-the USSR has always run, or Germany, this is a pogrom of obviously weaker opponents - Aboriginal people, inferior in number and armament; the decrepit colonial empires, which no longer had the opportunity to defend their colonies; these are operations on buying, killing politicians, military; This is psychological pressure and information war, when the enemy can fight, but surrenders.

Enormous forces are involved in creating the image of a “military superpower” - the media, TV, and Hollywood. Analyze their films, the same fantasy, the US military is always perfectly armed and trained, always find the right solutions, always win. But in reality, their soldiers are no longer warriors, not fighters. Even before the cultural revolution of the 60s, they were militarily weak - until the First World War the States were in the second row of military powers. When they arrived at the front, they tried to put them on secondary sites or in the second line. In World War II, they did not have to experience real battles, like the Stalingrad, or withstand the blow on the Kursk Bulge, such a battle, where hundreds of thousands of fighters, thousands tanks and airplanes. Even the strike on the Ardennes, where the Wehrmacht had already hit, at best, half-heartedly, since there were not enough reserves, fuel for tanks, Soviet troops were advancing from the East, almost led the Anglo-Saxons to disaster.

But then the Americans were still different - farmers, farmers, workers, people of creative professions, not spoiled for decades of increased decomposition.

At the present time, the Americans practically killed (and everywhere in the West, in Russia they also implemented this system) male education, turned men into “plants” for which there is “freedom” in choosing the path of degradation: Satanism, sodomy, masochism, shopping , beer drunkenness, teledependence, strip bars (to even look at the female body, after all the victory of feminism) and so on. They are cuddled, accustomed to comfort so much that even in the army give them toilets, deodorants, the Internet, delicious grub.

They are brought up in the spirit of egoism, individualism, their commandments: "take care of your ass", "take care of health". Therefore, they simply can not stand the real war. That is why the American army is a huge and expensive “toy,” with its guise of gallant marines, aircraft carriers must scare the enemy so that he himself throws out the white flag, plus the CIA will work, buy who it is necessary. The same American marines train well, but these well-fed, trained, well-armed guys are not ready to die! And always the one who is ready to pay the maximum price wins - to die, but to win. Russians were always ready to pay this price - to die, but not to retreat.

It is doubtful that the American, and almost all of the European armies, can withstand the level of losses above 5%, that is, relatively speaking, if you knock down NATO planes from 100 during a raid of 5 machines, and even hang pilots captured in the square, without any bastard other people's rules of humanity (who thought up to fit us into their game), then others simply will not fly, they will be frightened for their dear asses. An interesting Russian writer Y. Nikitin showed this perfectly in his “Russians go” cycle.

That is why the Russian army will be reformed until it can cause even minimal damage to NATO, so that they simply enter and occupy the territory without resistance.

Only a few catastrophes in the USA (New York without electricity, the catastrophe in New Orleans) showed that they still have no people, all unity, their patriotism are soap bubbles. All unity rests on the printing press of the Fed, the police on the streets and a working "zomboyaschik", if this is not, will be a disaster. US rot and collapse at any moment - this was shown by the events of September 11 and 2001: only two skyscrapers fell, several thousand people died, for a superpower from 300-million. the population is not even a pinprick. But people were completely demoralized, embraced by animals, panicked horror. They do not have the Spirit ...

See how Russians are dying: they are calm, many are even enlightened, their Spirit is waking up; Of course, the processes of corpse decomposition are running on our land. But thousands of years of patrimonial memory do not kill ... 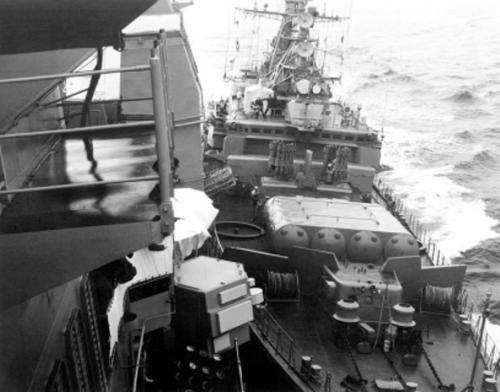 The United States is not ready for a real war, they are completely demoralized already before the war ... Russians do not have to create huge arsenals weaponsto win, it is enough to keep them at the minimum necessary level and be ready to answer in full. Remember the frames, like a small Soviet ship (SKR Ave. 1135 "Selfless") is crowded by a large American (cruiser URO "Yorktown"), who dared to enter our territorial waters ?! The Russian Spirit gives invincibility when Russians can be killed, but you cannot win ...