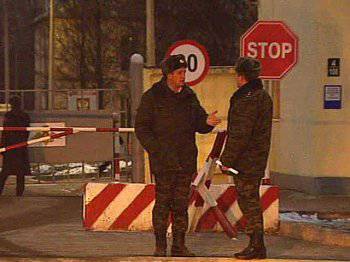 Another state of emergency happened to the already notorious military unit - the 138-th Guards Motor Rifle Brigade. This time the battalion commander died there. Captain Gurov with his subordinates was supposed to destroy at the testing ground a batch of outdated munitions, but for some reason did so in the nearby forest. The tragedy occurred at the moment when the officer tried to disassemble the projectile with a hammer. An explosion to the battalion commander tore off his head.

Located in the village of Kamenka, Leningrad Oblast, the 138-I Guards Brigade has “distinguished itself” over the past year, and more than once. In April last year, during a night exercise, an officer accidentally shot two colleagues from a tank gun. In July last year, an army soldier died under a collapsed wall. In October, 2010, after a series of high-profile scandals related to non-statutory relations, Dmitry Medvedev himself had to deal with the situation in this military unit. Then the Supreme Commander ordered the dismissal of the brigade commander.