Russian and Ukrainian exposition at ILA-2014 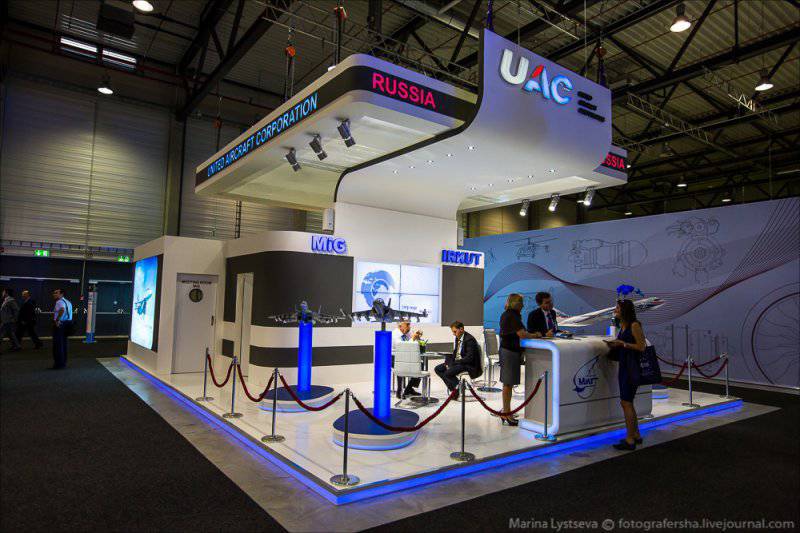 Model of the project of new medium-haul liner MC-21. 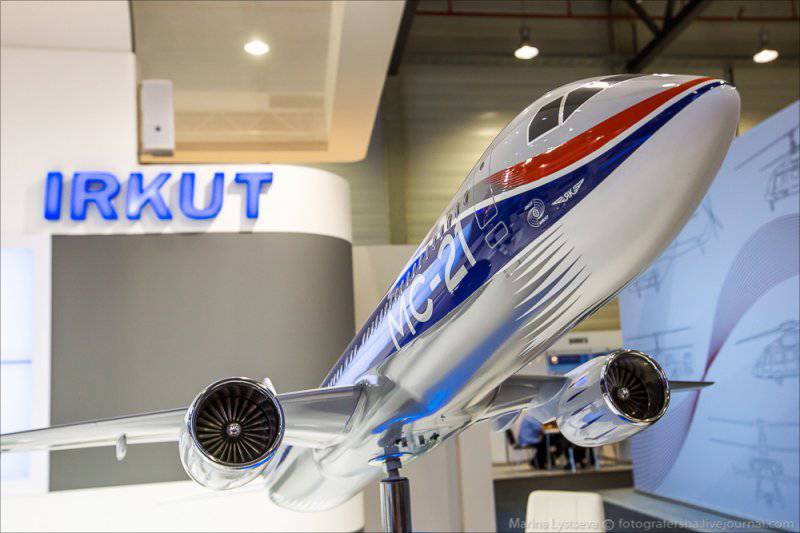 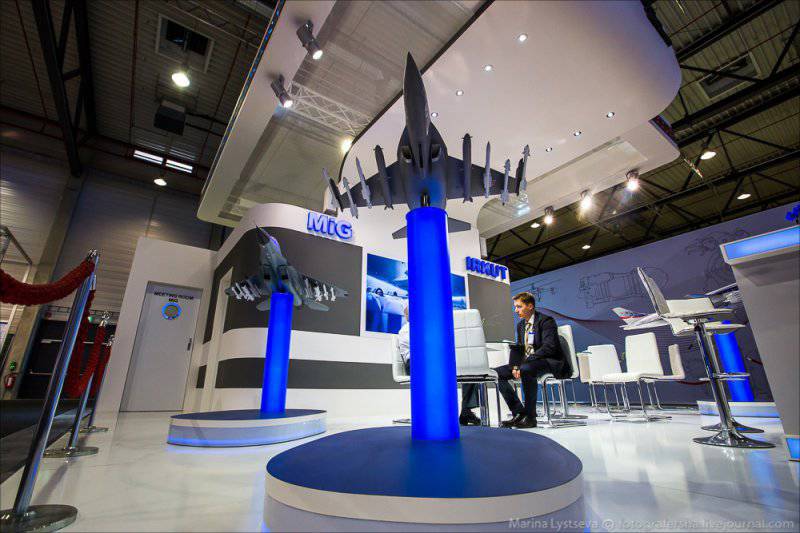 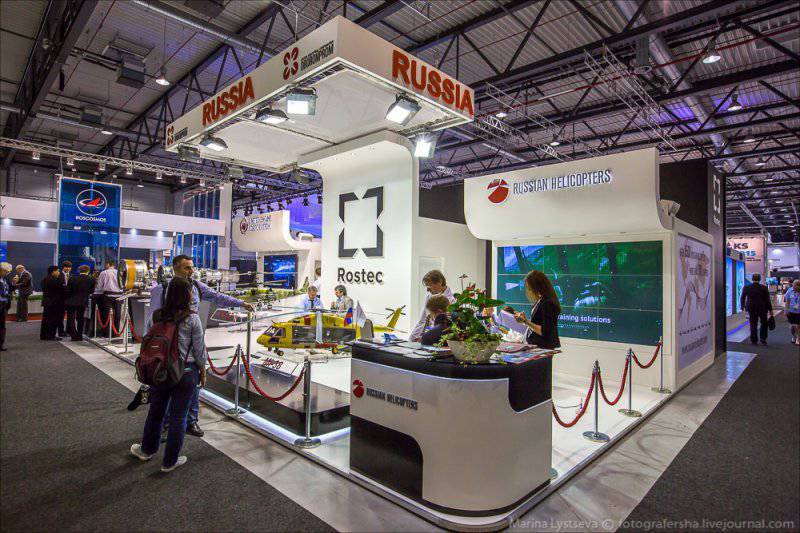 The new civil transport and passenger helicopter Mi-38 is presented on ILA 2014 in a medical-evacuation version. Such a helicopter can be operated in a wide range of climatic conditions, including maritime, tropical and cold climates. ILA-2014, Berlin5 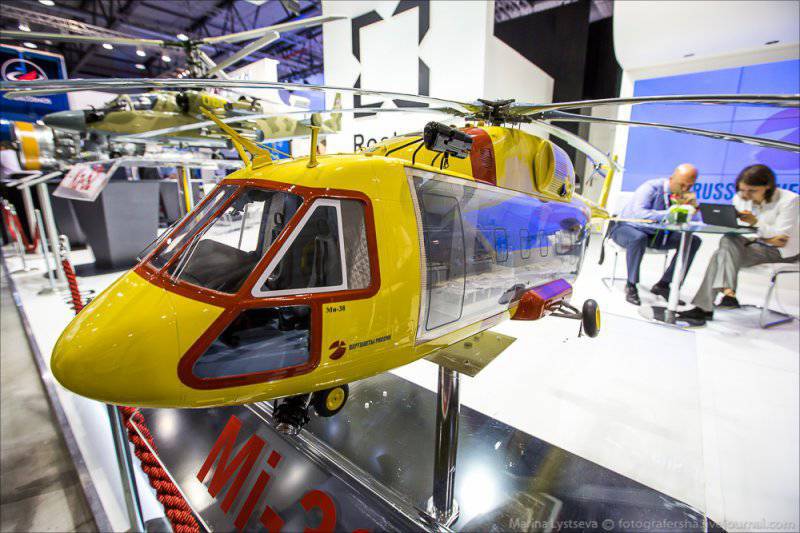 The international premiere of the Ka-52 Alligator reconnaissance and attack helicopter was held last year at the 50-th Paris Air Show at Le Bourget. Ka-52 "Alligator" has a set of advantages, placing it among the most effective combat helicopters. The design of the Ka-52 includes the latest avionics, high-precision weapons, advanced protection and life support systems. "Alligator" in practice confirmed its high flight performance. The helicopter is produced serially and successfully used by the Russian Air Force.
ILA-2014, Berlin6 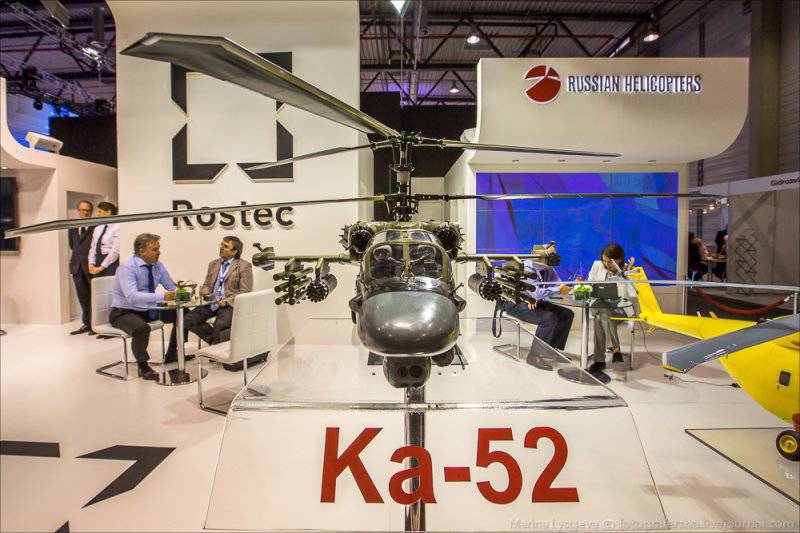 OJSC Helicopters of Russia (part of the defense industrial complex Oboronprom of Rostec State Corporation) is the only developer and manufacturer of helicopters in Russia. Launches Mi, Ka and Ansat brand helicopters. According to the holding, the company occupies 85% of the Russian helicopter market; in world sales, the company accounts for 14%.

The other day, the state corporation Rostec proposed to the Italian company Agusta Westland to exchange up to 25% of the shares of the companies.
If they agree, they can create the largest helicopter holding in the world. 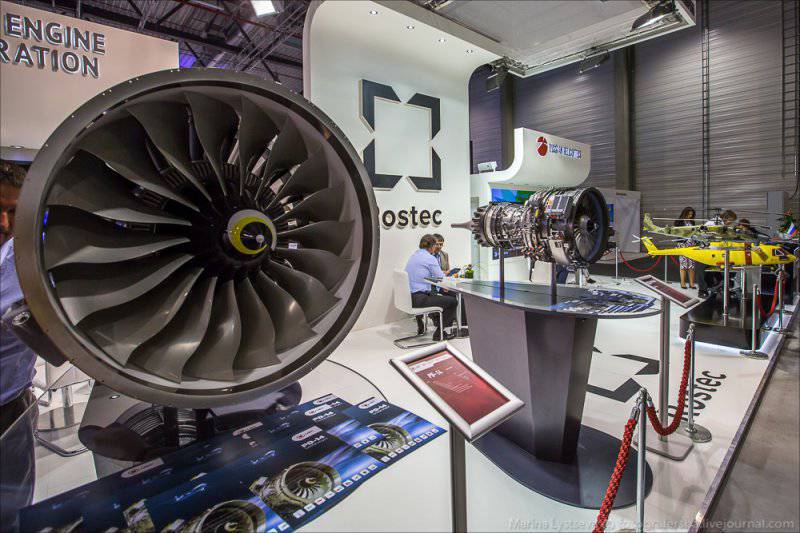 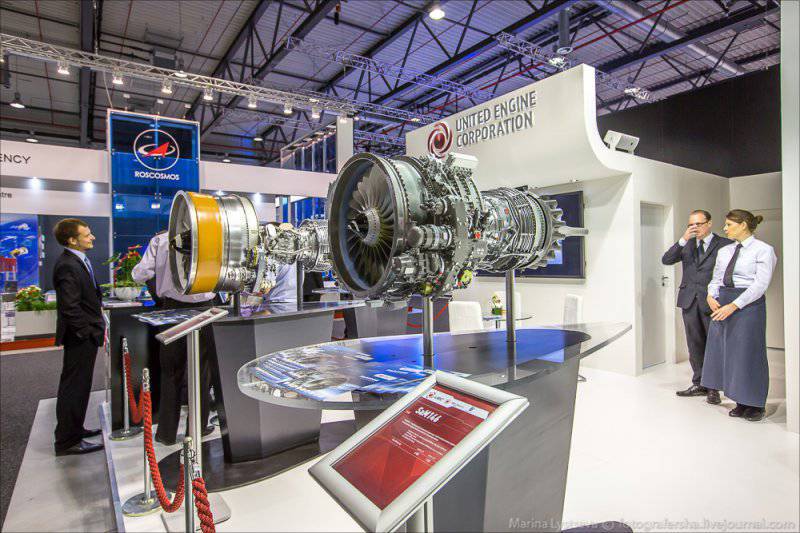 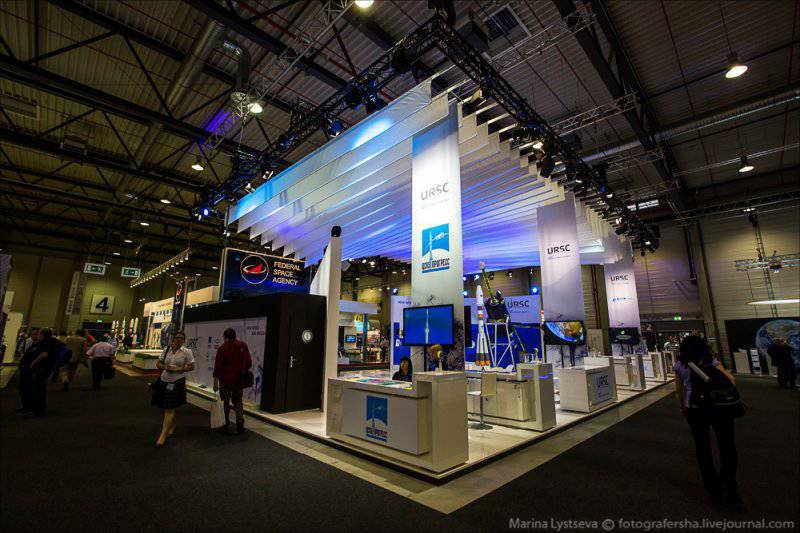 The head of the United Rocket and Space Corporation, Igor Komarov, sees great promise in the commercial use of Proton-M launch vehicles, despite the accident that occurred last week. "Proton" occupies a serious niche, and there is every reason to believe that the project will be promising in the future. " 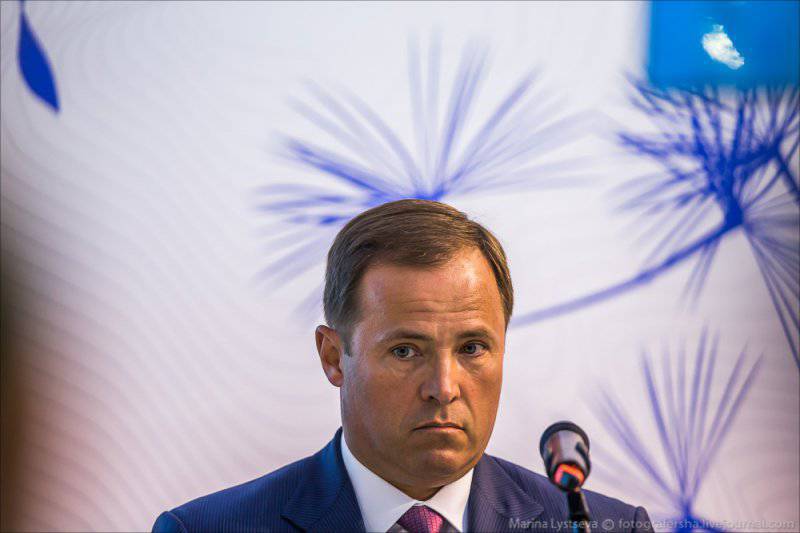 In the near future, ORKK will consider the development prospects of the Gonets low-orbit satellite communication system.
Currently, this project of protecting the new look of the spacecraft of the system is being protected, and by the beginning of 2017, it is planned to start launching spacecraft with completely new characteristics. " 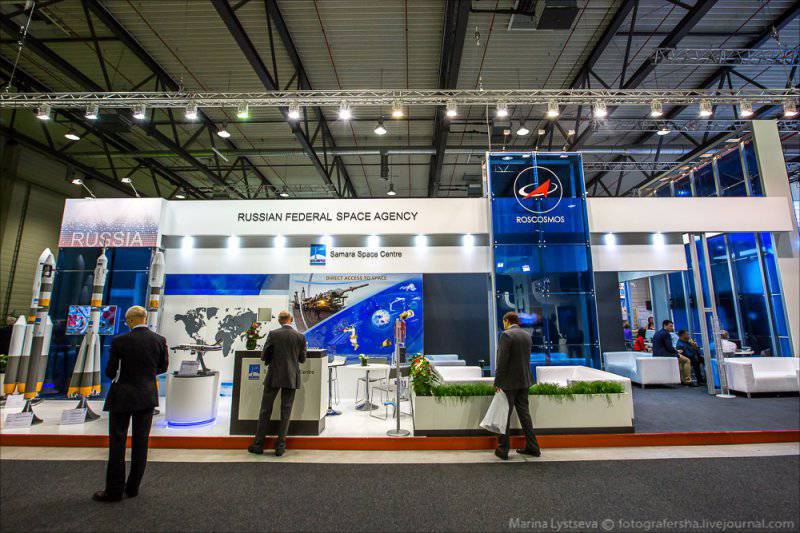 URCC intends to cooperate with the United States, the US sanctions have not yet affected the cooperation of business structures.
Cooperation at the business level, at the level of individual enterprises from both the Russian and the American side is progressing successfully, as indicated, in particular, by the lifting of the ban on the export to the US of Russian rocket engines. 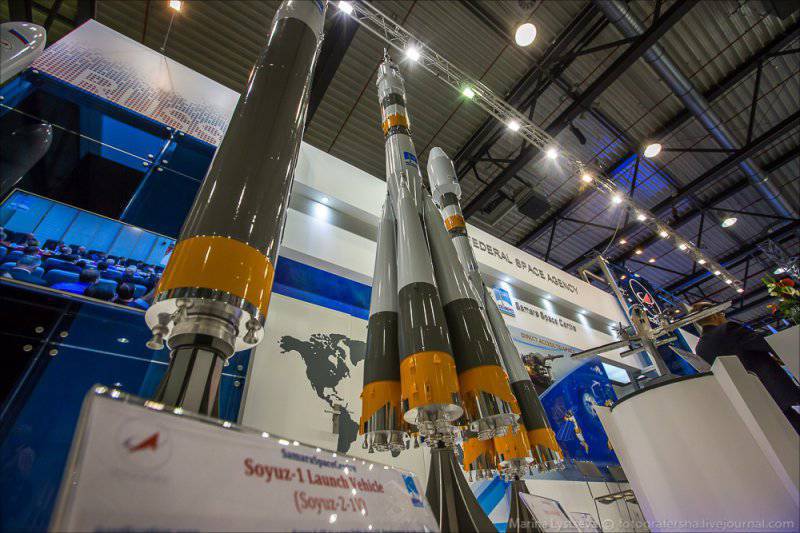 According to Komarov, many space projects are international, and sanctions affect all project participants. "There are no spacecraft and launch vehicles in space that would be entirely produced by one country."
“Sanctions come and go, but projects remain,” added I. Komarov. 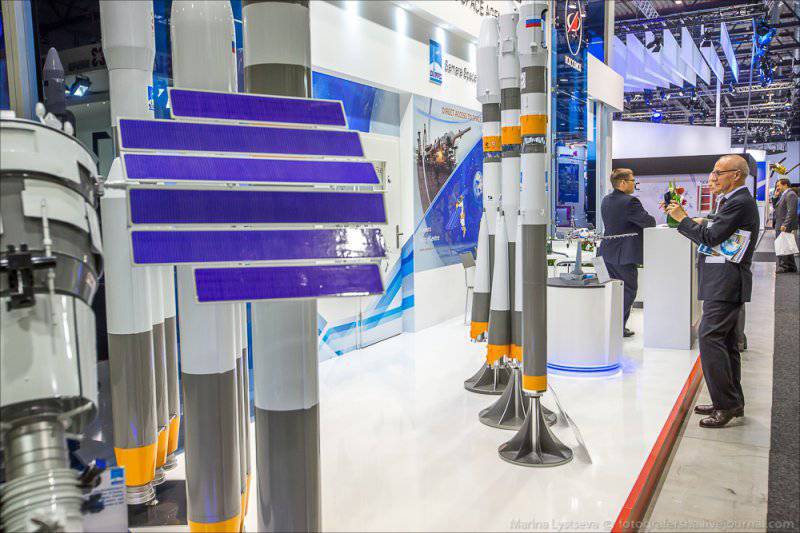 The new Russian Soyuz-5 booster, which uses liquefied natural gas as a fuel, will make it possible to develop technologies for creating a super-heavy launch vehicle, said first deputy general director of TsSKB-Progress Sergey Tyulevin.
"Such a smooth transition by the middle class machine of all technologies of working with liquefied natural gas will allow us to actually have a reserve for an extra heavy machine."
This year, the company intends to implement the technical design of the new rocket. The Khrunichev Space Center is interested in working with liquefied natural gas. 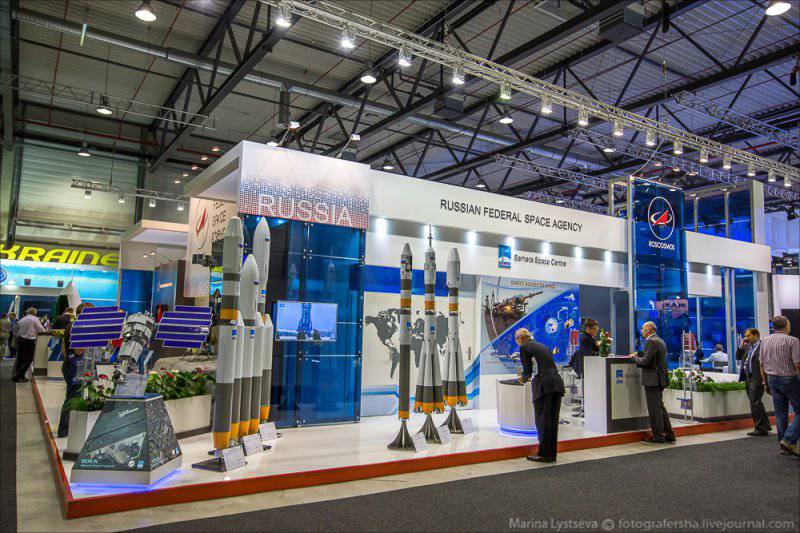 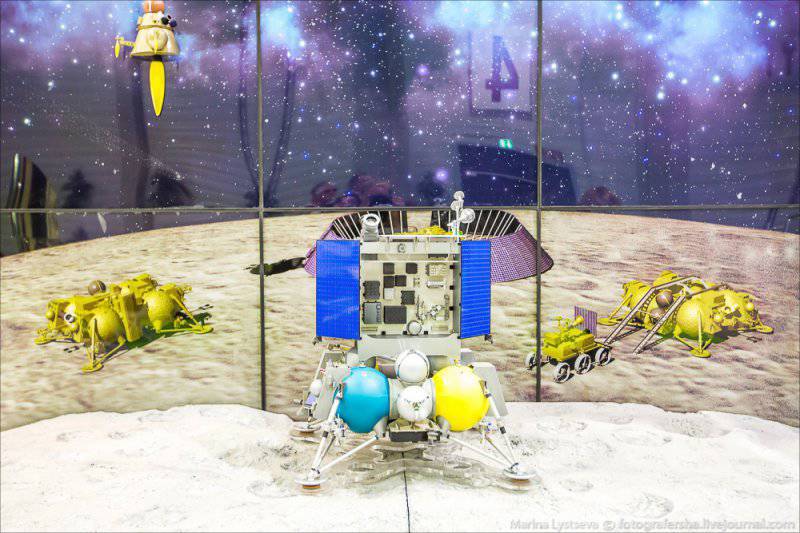 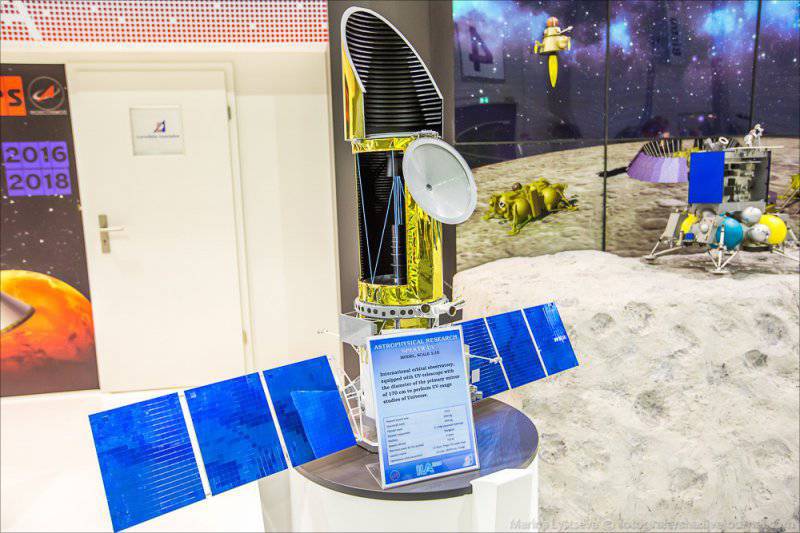 "Spectrum-RG" - an international orbital astrophysical observatory, designed to study the Universe in the gamma and X-ray hard energy range. 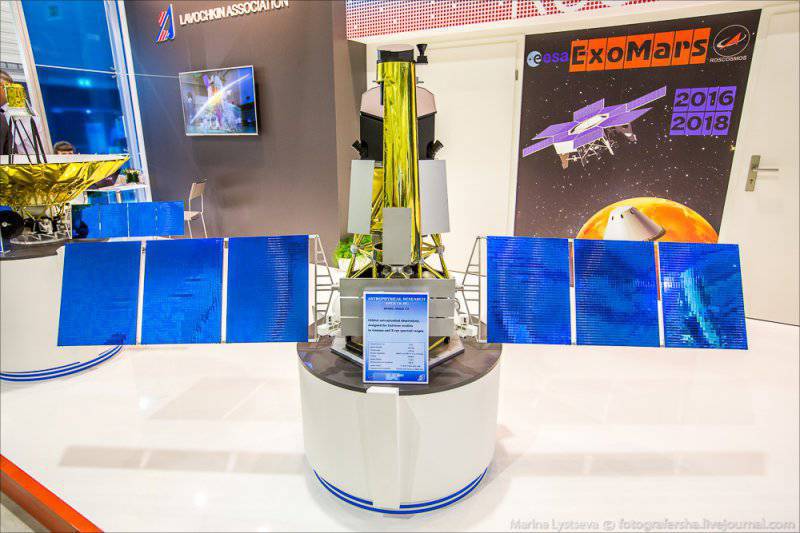 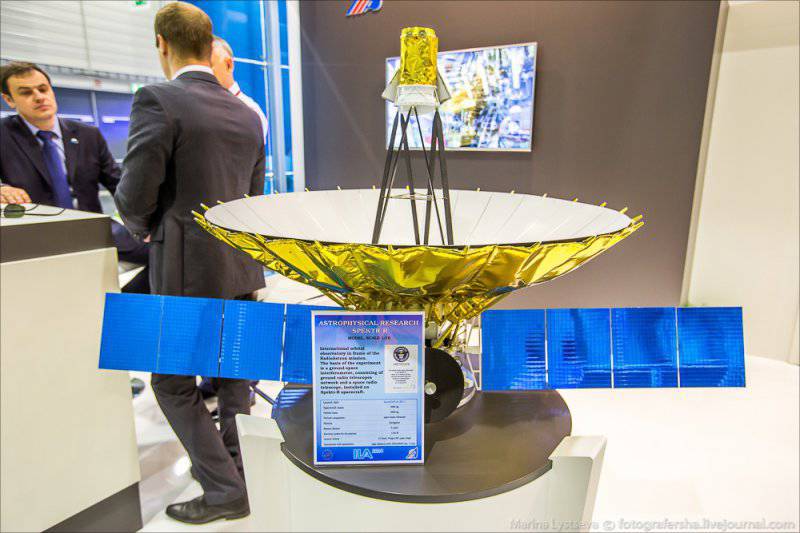 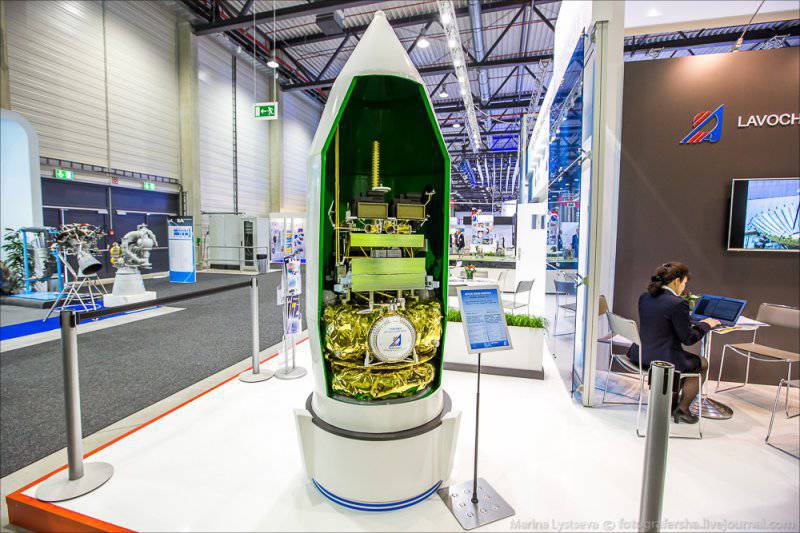 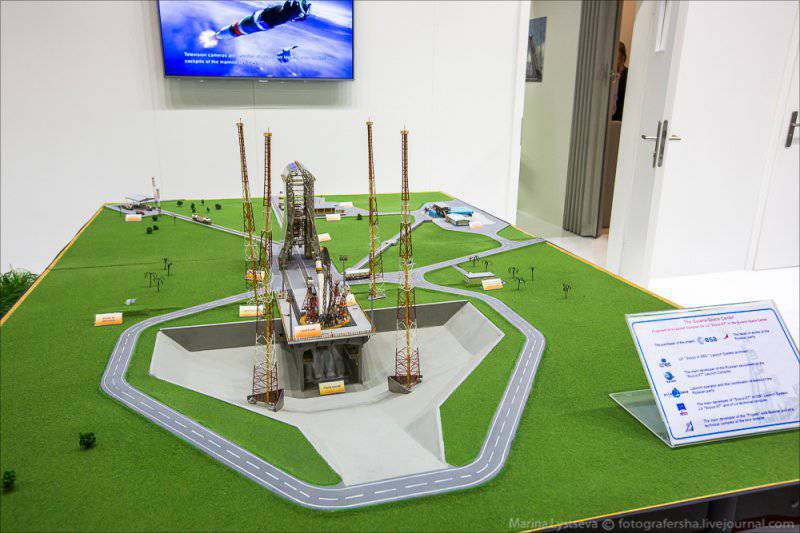 The Russian company "Information satellite systems" named after Reshetnev "and the European Astrium signed a framework agreement for the supply of angular velocity sensors for commercial telecommunications spacecraft, which will be assembled by a Russian enterprise. 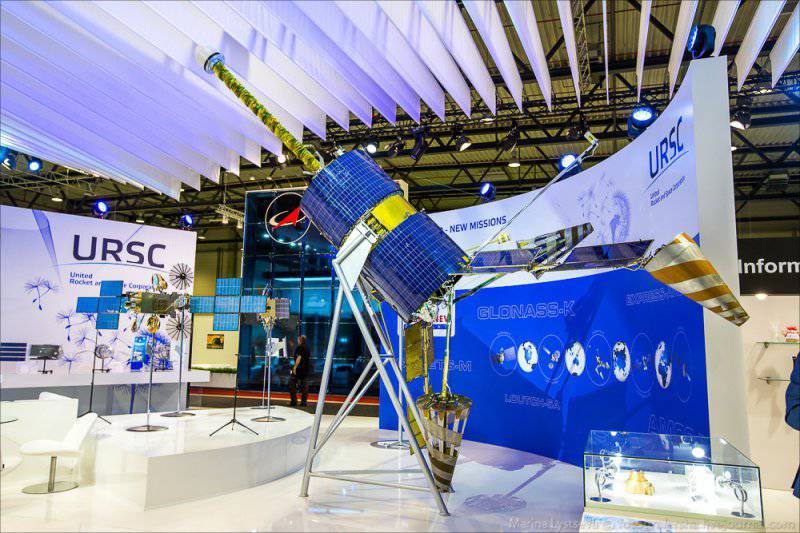 Leading Russian enterprise for the development, production and testing of chassis, hydraulic cylinders and hydraulic units for all types of aircraft. 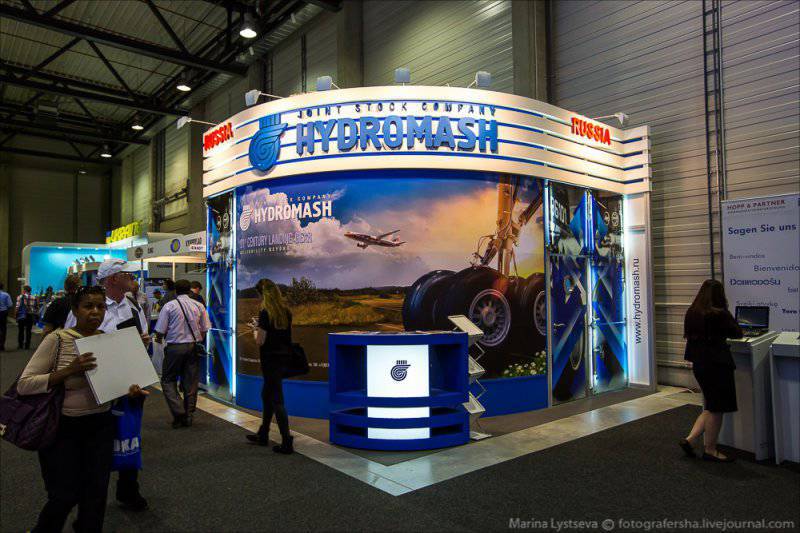 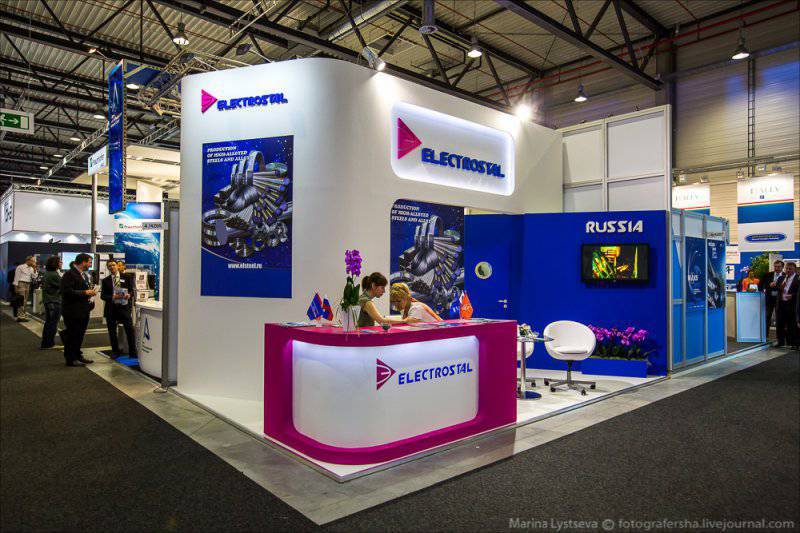 Russia does not stop cooperation with Ukraine in the space sector. 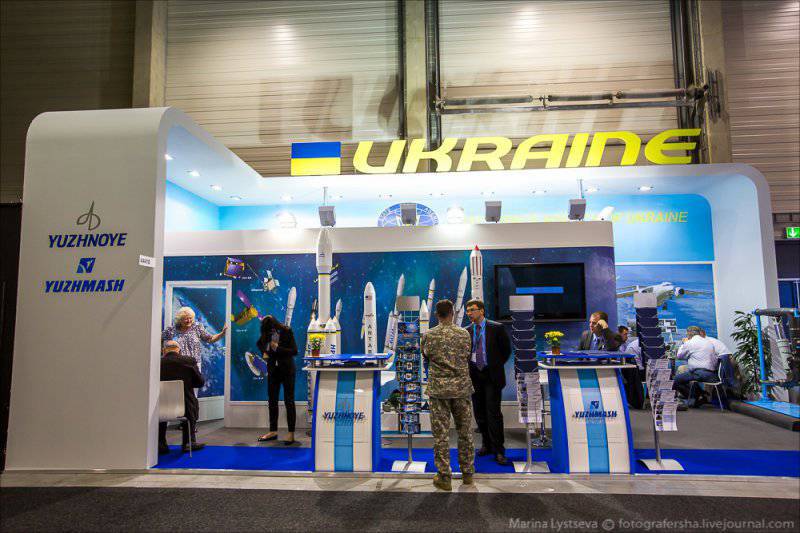 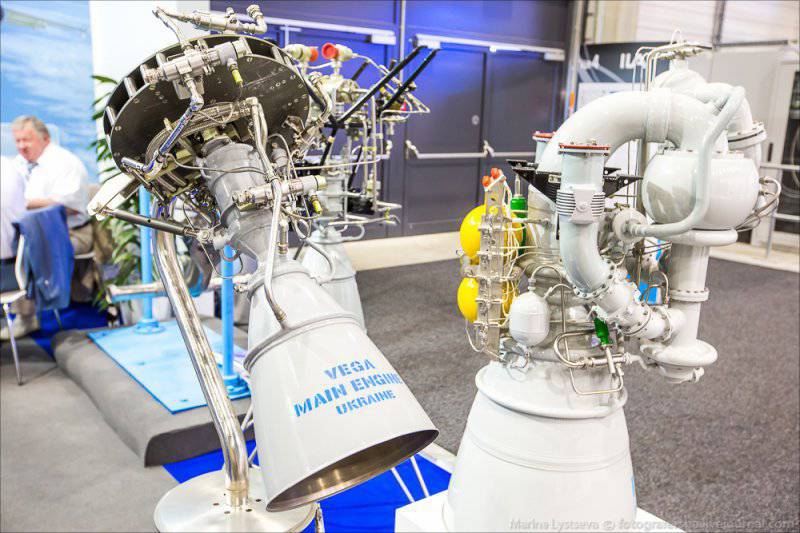 "Our relationship with Yuzhmash does not end. We have existing contracts, under which obligations are being fulfilled. We hope that they will be fulfilled in the future," said Komarov. 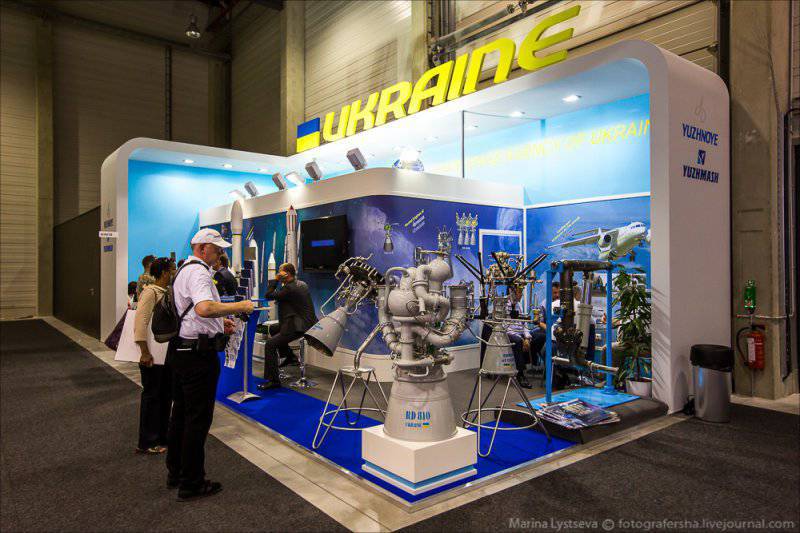 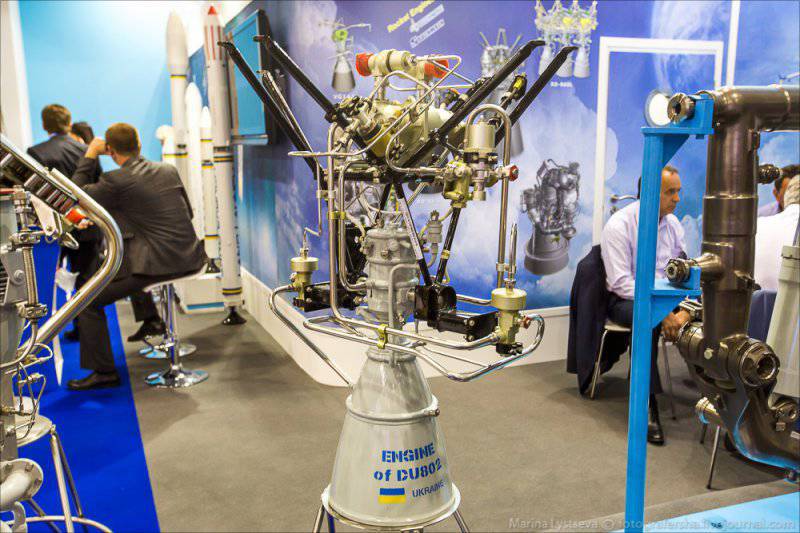 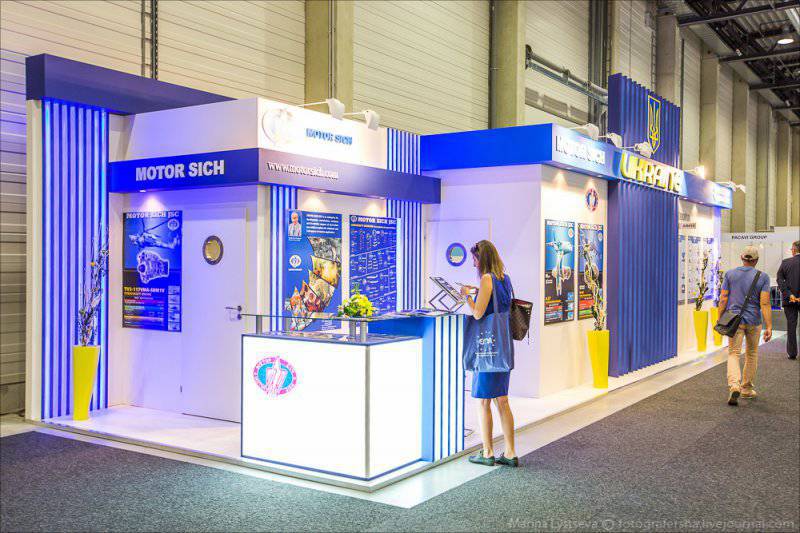 We remind you that from 4 to 7 in September, “Gidroaviasalon” will take place in Gelenzhik. 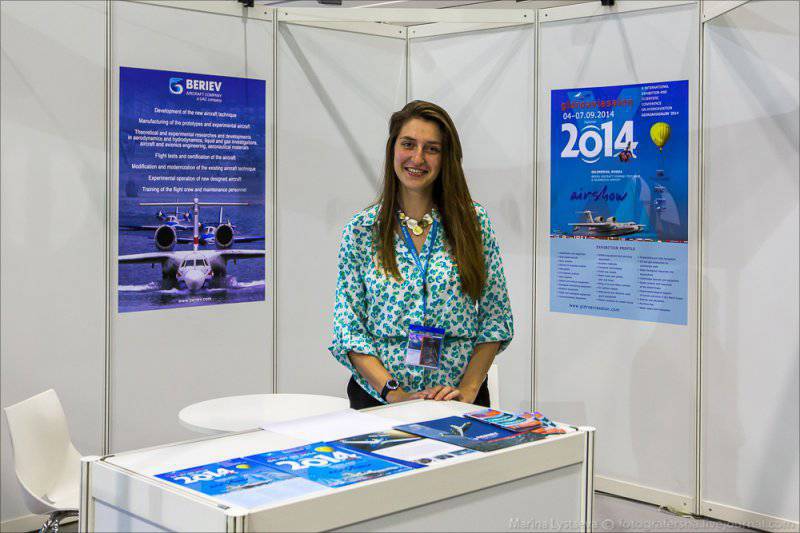 And next year we are waiting for fans at the next MAKS. 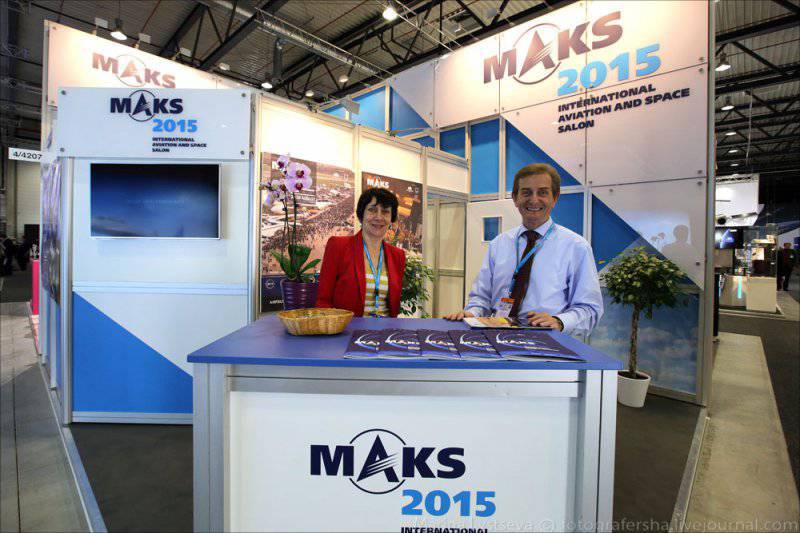