Is Russian defense a myth? 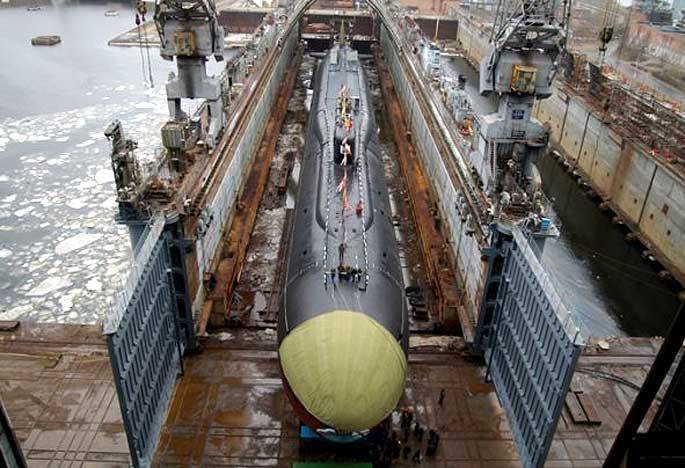 In the past few weeks, a wave of reports about the punishment of generals from the defense industry is rolling in the media. Here and there the names of people “of whom we have never heard of them” “shine”. Well, of course! Three Yak-130 late arrived in the troops. What? Three whole ?! How much was released before? And now three. But still they entered service. And last year, the Russian army did not receive three nuclear submarines at all, a 20380 corvette, six aircraft did not happen, the 76 BMP-3, and five spacecraft were lost somewhere. As a result, the state defense order in 2010 was almost broken by 30%. Vice-Premier S.Ivanov reports to the president about punishment, removal from office.

One of the big designers of the defense plant tells about the visits of S.Ivanov himself to their plant. Been there S.Ivanov 2 times. Logged something. But there were no protocols left, but all the questions that were raised remained unresolved. There is only a picture on the TV. And now the picture of the punishments. The analysts are right - no decisions about dismissals will affect the situation. There is a pure imitation of the solution of questions. What and where is wrong?

Here are the words of one of the participants of the forums on the Internet, Oleg Lunin: “I myself have been working for more than 30 for years at a defense plant, and although our plant is state-owned, we have not updated equipment for more than 20 for years. The machines are old, skilled workers retired, and young people do not go. If 15 worked thousands of workers, now there are about a thousand. And to whom to fulfill the state order, and on what? And if tomorrow is war? ”.

The Russian Defense Industrial Complex is quite voluminous and is an extensive network of almost 1200 manufacturing enterprises and design offices. And the geography of their location is very extensive. One of the main features of all these enterprises is that people still work there for the idea. But I want to eat. Therefore, many defense companies are looking for foreign customers. The state does not seem to mind. However, according to the biggest designer, there are a lot of questions. Their enterprise received $ 600 million from a foreign company for future orders. High-precision machines were brought to $ 100 million. And then the officials ask questions about the rest of the money. Moreover, the state itself did not allocate money for the modernization of this plant. Guess at one time why officials are interested in the balance of money.

For the modernization of enterprises, the machine park of which is practically worn out by 80%, the chairman of the government proposes to increase the profitability of defense enterprises to 15%. But here comes the dilemma. Over the past 5 years, government spending on defense orders has increased significantly. At the same time, they do not give much increase in prices - they include an anti-monopoly committee. Those. the allocated amounts increased, while prices remained almost at the old level. Where does the difference go? That's right - goes on the chain. As a result, defense enterprises work with 2-3% profitability. What kind of modernization can be discussed in these conditions? On the other hand, almost all defense enterprises are engaged in international contracts. Yes, there is a lot of money. But for some reason this money does not reach modernization projects. Former (up to 2000) head of the Armed Forces Armed Forces, deputy head of the RSPP Commission for the military-industrial complex, retired Colonel-General Anatoly SITNOV, in an interview with the Arguments of the Week, announced an approximate number of kickbacks to officials - 23 trillion rubles! The chief military prosecutor agrees that every fifth ruble from the state defense order disappears into the pockets of officials. And still the market, inquisitive mind worked out such a wage scheme at state enterprises that 70% of income is a bonus. And give her superiors based on the personal contribution of each employee. Guess who makes the greatest contribution? The award is given every six months, and in these six months a person SUCH humiliation suffers that the serfs never dreamed of. And then it turns out that with the amount they give out, we must also give the cash to the head denyushku (so as not to spoil the statistics). As a result, for example, the Novosibirsk defense industry (NPO Luch and NPO Sibselmash) are preparing to reduce the number of jobs, which could lead to strikes. In the same Novosibirsk, at the factory, where they produce an excellent Su-34 aircraft, qualified engineers, technicians, technologists receive a salary of 2-3-4 times less than at other plants.

Here another question arises: “And who will work on those very high-precision machines of the year in 3, and in 7 in years?”. Polytechnic education in our very simplified. The leadership of the Moscow Aviation Institute, for example, has given up on the preparation of engines for the defense industry, arguing that most of the best graduates are leaving for America, Israel. All the rest receive a diploma only because of the prestigious brand. Those. for whom to keep a high bar of training. It turns out now that there are no good specialists to wait for the influx into the defense industry. The PTU system was practically buried. And who among the youth will go into the unknown? Everyone wants easy money immediately.

And people on the Internet say: “We still have nuclear bombers on the go, do not perish. Our kerosene, our aluminum. Plutonium is also ours. One such airplane is enough for the whole of Europe. Years 15-20 will extend on what is ". So everything is simple! We will bury the defense, but we will keep the airplane. It becomes a shame for such our people. After all, always in our stories, and not only ours, the defense industry was the engine of progress. It was in the defense developed the most courageous solutions. It was in defense that polished the minds of great scientists.

It is in the defense industry a lot of really high-quality jobs. The country's leadership understands the importance of defense for the country. It is not by chance that the president and the prime minister have said a lot lately about improving the state defense order. However, without systemic measures to modernize the defense industry, the situation cannot be rectified. Just need to remember the story. How was it possible to reduce the apparatus of the chief of armament of the Defense Ministry with its specialists and entrust the arming of the army to the woman? I want to believe that this problem will be solved.