26 May 2014
69
The III International Exhibition of Arms and Military-Technical Equipment KADEX-25 ended on May 2014 in Astana, at which the presentation of the latest Su-30SM fighter with tail number “16 red” built by Irkutsk was held aviation plant of OJSC "Corporation" Irkut ", the blog reports bmpd. 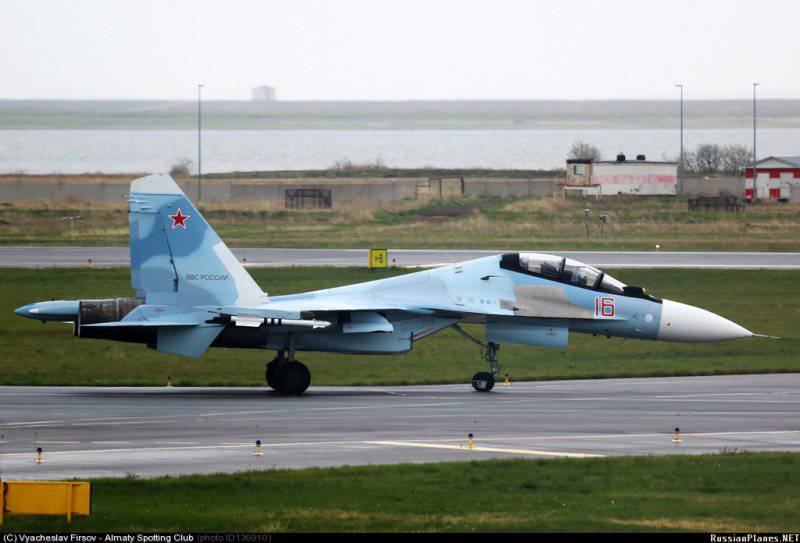 Apparently, the aircraft with the 10MK5 1017 serial number is the first Su-30CM that the Russian Air Force received in the 2014 year, and the 17-th produced aircraft of this type. The first flight of the car took place in Irkutsk 25 February 2014, and on May 20 it traveled from Irkutsk to Astana to take part in the KADEX-2014 exhibition.