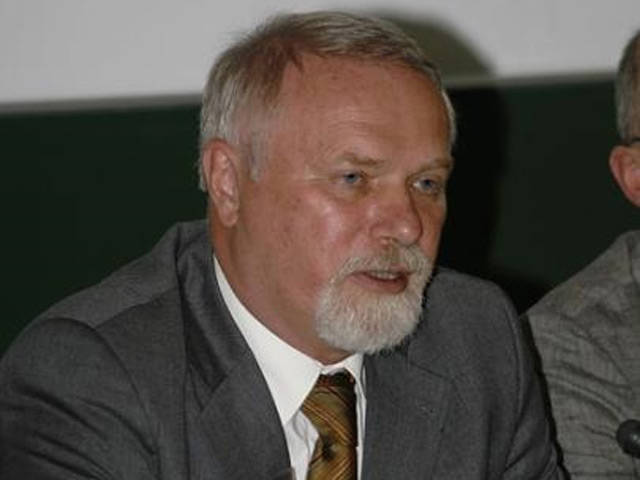 According to German researcher Rolf-Dieter Muller (he published the work: “The Enemy in the East. Hitler’s Secret Plans for a War with the USSR in 1939”), Berlin planned to strike the Soviet Union in 1939 a year. This conclusion was made by the German military historian, having studied previously unknown and first discovered sources in the German archives.


Rolf-Dieter Muller is the scientific director of the military history research department of the German armed forces. Drawing conclusions on his work, the Berlin newspaper Welt noted that the work "explains the emergence of the Second World War in a completely new way."

This is yet another testimony against revisionist historians, who, relying on the recollections of Wehrmacht generals who tried to justify themselves, are trying to prove that the Third Reich attacked the USSR preventively in order to get ahead of the Red Empire. Rolf-Dieter Muller investigated the essence of the question: that Hitler linked all his actions from the very beginning with his main goal - preparation for an attack on the USSR. Austria, the Czech Republic, and Poland were defeated for this purpose. The researcher discovered a previously unknown conversation record from 28 in May 1938 between Adolf Hitler with the Wehrmacht high command, the commander of the ground forces V.fon Brauchitsch, the head of the Wehrmacht high command V. Keitel and the Chief of General Staff L. Beck. Hitler said the following: “First we will do business in the East, and then I will give you three or four years to do a great job in the West.”

That is, Hitler originally planned to defeat the Soviet Union, and only then strike at France. This is consistent with the confidence of Hitler and Ribbentrop, that Britain and France will not fight for Poland, as they are confident that the Wehrmacht will not stop and move further to the East. Only then were the plans revised when Paris and London declared war on Berlin and Hitler did not leave France in the rear.

At that time, they planned to strike at the USSR like a Polish campaign — by two powerful groups, bypassing Poland. Army Group "North" was supposed to strike from the territory of East Prussia and the Memel region. Army Group "South" from the territory of Romania. This was considered to be enough to defeat the Red Army in a border battle. In the West, the construction of the so-called “West Wall” (“Siegfried Line”) was considered a priority.

Moreover, in Berlin they seriously considered the possibility of war against the USSR together with Poland, it was promised to the territories of Soviet Ukraine, the flesh to the Black Sea. Only the stubbornness of the Polish military-political elite, who did not want to give way to Hitler in the matter of Danzig and the construction of the railway and highway through the so-called. “Polish corridor” (Polish territory, by the decision of the Versailles peace, divided Germany into two parts, East Prussia became an enclave), led Berlin to the decision to attack it.

So, Warsaw, of course, unwillingly itself, played into the hands of Moscow - the war with Poland led to the fact that Britain and France declared war on Germany, although they did not enter real battles. After that, Hitler decided to close the issue with France first, and only then hit the USSR.

Still, most German researchers are much more reasonable than researchers in other countries who, in an attempt to drag the USSR into the camp of the "instigators of war", violate all logic and common sense.
Ctrl Enter

We are in Yandex Zen
Diplomats of the People's Commissariat of Defense: on the eve and during the war
Trophy armored vehicles Wehrmacht. France
2 comments
Information
Dear reader, to leave comments on the publication, you must to register.