Sherlock's notes: in search of a defiled victory and 40 million dead at the front 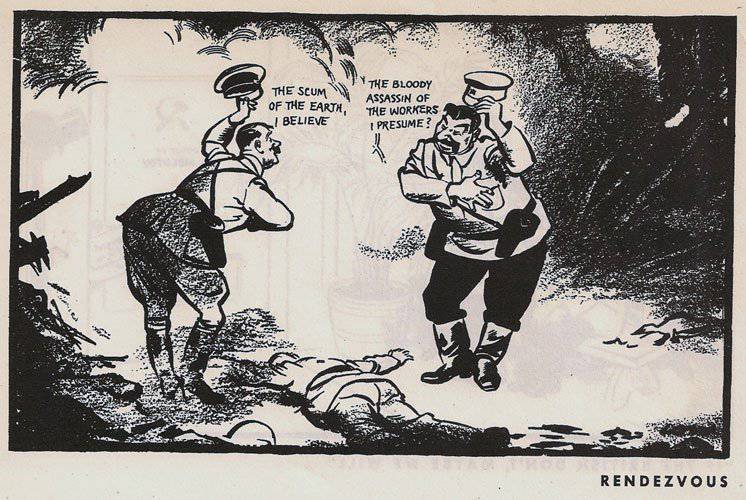 May faded into disrepair. But the restless anti-Russian and anti-Soviet parties are writing more and more nonsense. Below collected the main "facts" that present us with these dark forces.

A little background. 1939 hosted the Finnish campaign. For less than half a year, the Soviet army laid almost 1-1,3 million. While the Finns lost 70-100 thousand. Of course, this taught the Soviet authorities a great deal: the best scientists were repressed, the whole top of the army and many others. Well, when the data about the fascist threat came, the heads flew from the scouts ...

Remember the background, at the end of the article we will return to it. And now, in fact, breaking the points for convenience.

1. What was the Red Army before the war? It is clear that the remaining command was on vacation. The army itself was completely inefficient in all respects! Forcibly driven, untrained, unarmed, etc.

2. 22 Jun is coming ... What to do? Naturally, run! All clever Bolsheviks fled to the Urals, and those who are even smarter - abroad. But personally, Stalin went to the dacha (to swell). At this time, whole armies surrendered, hundreds of thousands of deserters fled every day ... And so on, up to Moscow. At this time, the NKVD, following the theory of "scorched earth", destroyed everything, right down to entire villages with the local population in addition.

3. What happened such that the Germans stopped near Moscow? It's simple: the Communists drove millions of prisoners (penal battalion) and those who could hold a rifle in their hands (including teenagers of both sexes). Hungry, armed with one rifle for three (well, if the cartridges were), they managed to stop the enemy’s well-armed and professional army. Discipline was supported by mass executions. And thousands ... For any wrongdoing.

4. Then lendliz arrived in time and secured the front on 50-80% weapons.

5. It was time to counterattack. It is clear that such an army did not want to go on the attack (as a whole and fight), therefore the offensive began with the opening of fire by a detachment of detachments (shot in the back). And so they drove the penal battalion of the Red Army to Berlin itself. And they drove straight! Directly on machine guns, on Tanks, on minefields, on river crossings without boats. They loved to please the authorities by taking cities for the holidays ...

6. It should be noted that the Soviet propaganda was so powerful and stifled the spirit of the people that the Red Army not only obediently went on building mines and machine guns, but in the territories liberated by the Germans, civilians and prisoners of war did not go against the Soviet regime.

7. Often overlooked by partisans. But this is rather a collective image of all the atrocities that are not inferior to the elite punitive detachments of the fascists (if they are completely unfounded): from the destruction of crops to the complete cutting out of all the living in the settlements.

8. It should also be noted the loss of civilians who died from repression, deportations, bombings, famine, in the gulag and other ills. You can count more than 45-50 million

Now back to the beginning. Remember our losses in the Finnish war? Ratio 10-18,5 times. But in that campaign the Soviet troops were still more or less armed and trained, and the enemy was no good for the troops of the Third Reich. So what terrible losses the USSR should have suffered in the Second World War? Obviously, more than 40 million cannon fodder will go with the "tactics" "by mines to the bunker" and "with the sword to the tank". If we take the coefficient for the Finnish war, without taking into account the professionalism of the Germans, it will 50-92,5 million!

Summing up: who among you still believes in this nonsense? I think the units. What veteran told like that? Not! So that amicably pseudo-disclosing helmet in a psychiatric hospital "drinking Bavarian beer with sausages" and we are waiting for the next warm May days.

Sources: various websites, forums and social. networks where this topic was covered.

Ctrl Enter
Noticed oshЫbku Highlight text and press. Ctrl + Enter
We are
About Stalin and KhrushchevWhat you didn't want to know about England
Military Reviewin Yandex News
Military Reviewin Google News
73 comments
Information
Dear reader, to leave comments on the publication, you must sign in.