Does Russia use economic chances?

26 May 2014
11
The Federal State Statistics Service (Gosstat) cites data indicating that unemployment is declining in Russia. The indicators of the end of last year in terms of unemployment were found at the level of 5,6% of the number of the so-called economically active population; by the beginning of May, these figures dropped to 5,3%. If we start from the data of the same Gosstat on the economically active population, this number at the end of April amounted to about 75 million people. Therefore, the number of unemployed in Russia at the beginning of May 2014 of the year - 3,975 million. 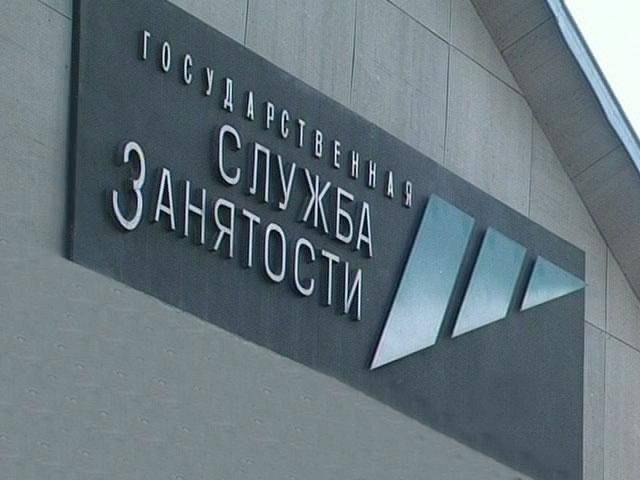 The tendency seems to be positive, however, it’s still far from working cloudlessness in Russia. The main reason, let's say, pessimism in this regard is related to the imbalance of the labor market. One of the most popular sites specializing in the job market and research of this market, Adzuna, which has its own representative office in Russia, tells that almost every fifth Russian vacancy is a place in the trading system. In other words, the market requires even more sellers, merchandisers, cashiers and other representatives of the trade sector. And it is this component that confidently takes the first place in terms of the provision of jobs. Endless rows of shops, boutiques, super and hypermarkets, sales, stalls, stalls and kiosks - this is a real trading empire that gives more and more impetus to production, in the volume of which Russian production still takes, alas, far from leading positions.

Vacancies of such a plan are very actively filled, and the bulk is observed rotation: when the same people “migrate” to outlets, either not wanting to leave the sphere of trade, or simply not having any other skills to change their work orientation.
It would seem, so what? The main thing is that Russians have become more actively employed, employment opportunities are available, and therefore it’s strange to discuss the nature of work at a time when in Greece or Spain the unemployment rate exceeds 20 or even 30%. But by and large the discussion of such a topic does not look strange.

The main problem related to the bias of the Russian labor market towards trade in mainly foreign goods is that this bias continues to grow, as the market continues to grow in dependence on close contacts with foreign suppliers of goods and services. All this did not look like a special problem until the moment when our country heard the word “sanctions”. These same sanctions, which the “friend Barak” decided to write out to us with his singers, although they do not look tough in appearance, they also have a ticking time bomb.

If a number of foreign countries imposes a ban on the supply of this or that equipment to Russia, dual-use goods and technologies, then in the end this cannot but lead to an increase in unemployment in Russia and a fall in the economy. The market dictates the formula: if the supply volumes fall, the demand for personnel “tied” to the use, operation or subsequent sale of goods within such supplies will also fall.

If you call a spade a spade, the main thing that today helps Russia relieve the “packages of Western sanctions” relatively painlessly and not slip into the mode of increasing unemployment is the tremendous interest of foreign companies in the Russian market, in the solvency of Russian citizens. The intertwining of business interests has reached a point at which any attempt at economic pressure leads to another wave of crisis, capable of sweeping around the world.

This suggests that today Russia lives, in fact, in a paradoxical situation: on the one hand there is a huge dependence on the supply of foreign goods, on the other hand - the security of the labor market, which stimulates the development of its own economy precisely within the framework of such dependence. That is, a decrease in import volumes will immediately strike a blow at the enormously expanded trade area and lead to massive reductions.

In such a situation, the first thing that comes to mind is domestic government economists (judging by their own speeches) - “touch nothing”. Like, let's wait - Western politicians will soon listen to the opinion of the Western business community, and therefore they will bring everything back to normal, forgetting both the sanctions and their premises. Expectant position with the growing ruble (played almost 10% of the dollar and the same amount of the euro over the last 3-4 of the week), very expensive oil and a gas contract with China, indeed, it seems the most profitable.
But is it necessary to unequivocally reject the situation in which Western "friends" may not turn on the mind? Should we always and in everything rely on the interests of foreign capital in Russia, especially given the fact that, to put it mildly, Russian capital abroad is also a lot?

The current relatively favorable situation both in the labor market and in the field of hydrocarbon prices should definitely be used to raise the level of domestic production: from agriculture and light industry to heavy metallurgy and high technologies, to revise the policy of investing own capital in foreign economies. The competition is fierce, but as long as the West is busy with its chugs, hotelkeepers and nozzles in Ukraine, while the White House is still thinking how to put pressure on the business circles of the United States and Europe, so that they in turn “teach the lesson of Russia”, you should not miss the moment . Use the situation to achieve real economic growth, to diversify the labor market, to increase the percentage of industrial and high-precision production in its own economy.
Ideas are commonplace, but when, if not now, embody them? .. There is an opinion that if this opportunity is missed today, Russia will continue to rely on the forces of heaven every time in terms of reducing the effects of sanctions or any other crisis strikes, providing control levers its financial and economic system in the wrong hands.

It would be nice to learn from the Eastern partners, who have long realized that in any case it is better to go forward with your feet than to stand on the sidelines and wait for the occasional Western economic "altruist" to give you a lift. After all, it also happens that the one who was waiting for him was simply being demolished at full speed (hello to Ukraine) ...

Ctrl Enter
Noticed oshЫbku Highlight text and press. Ctrl + Enter
We are
New plants and workshops in Russia in 2015 yearSituational analysis of the death of the MH17 flight (Malaysian Boeing 777), made on the basis of engineering analysis from 15.08.2014
Military Reviewin Yandex News
Military Reviewin Google News
11 comments
Information
Dear reader, to leave comments on the publication, you must sign in.