And Tefft still does not go ...

26 May 2014
102
Behind the ups and downs of the Ukrainian events, information about the pseudo-elections in the Square was modestly passed by information about Moscow's Maidan, which was announced under the slogans “Without a foul scoop”, “March against a dictator” and “Down with Putin from the Kremlin”, more grandiose for famous circles . And how many resources were attracted by the organizers of this action to spread information about the upcoming action "POPAZitsii"!


The highest wave of information - the ninth wave - swept, it is not difficult to guess, through social networks that “advanced democracy” used to use as the main public voice. And against the background of a powerful announcement and even more powerful mottos, against the background of red-hot social networks, this came out in the front stage ... b-a-a-aalshoi such zilch. Manezhka, which was supposed to accommodate "millions of dissent", looked as if three or four tourist mini-groups stayed on it, whose representatives looked around, not understanding where the guide-translators were and where, in fact, the promised "millions". 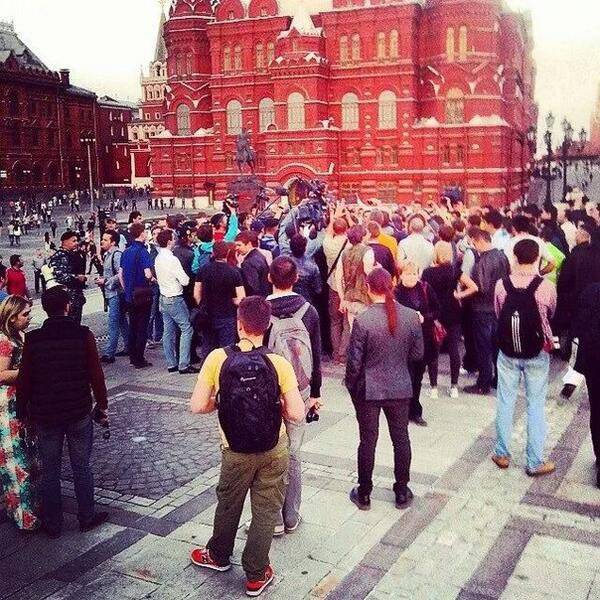 But people were being prepared, they were clearly explained that they needed to go out and state directly that it was impossible to live in “this country”, that it was better to “throw them over the hill”, because human rights ... destruction of the foundations of a democratic society ... meat tigers are not reported ... and the like . Many people tried to explain this to people intelligibly. One of those who stated their own boundless depression and that quote: “cannot be worse,” was Mr. Satarov, who heads the INDEM Foundation for Applied Political Studies, ex-presidential aide (from 1994 to 1997) and prominent dissenting
In order to share the unending thoughts of horses, Georgy Alexandrovich, chose, you will not believe, the Internet site of the radio station Echo of Moscow. In his blog (and the ex-assistant there is a progressive-democratic blozhik on “Echo”), Mr. Satarov said that, say, the government continues its attack on NGOs, restricts media activities (this is about TK “Rain” and the site Kasparov.ru ... It turns out that this is the media, and many were convinced that this is the SMD ...) and violates the effect of Article 13 of the Constitution of the Russian Federation - on the prohibition of state ideology.


And we are all reasonedwho clutches so tenaciously with their claws for this very 13 article, which in fact does not allow building a full-fledged patriotic platform in various state and public institutions (as an example, in the Armed Forces of the Russian Federation, where by law even the aforementioned patriotic ideology doesn’t - ni ...). And here everything was confirmed - with claws for this article, namely for its second point, “our” dissenters are holding onto - well, the very ones for whom the ideology of financing vigorous activity from abroad is the only correct and accepted one ...

So - to the Moscow "Maidan". It turned out that people were gathered to express their righteous indignation about:

item a: annexation of the Crimea;
item b: war with Ukraine;
point in: domestic policy.

This is all quotes.

And looking at these very appeals, for some reason - at least kill, nothing can be done about it - white-toothed smiles of “friends of Russia”, which Russia certainly desires for good, peace and prosperity, pass before their eyes. These white-toothed smiles were many times wider, for example, in 1994-1997, when the aforementioned Satarov aide helped, in word and deed, then head of state Boris Yeltsin. 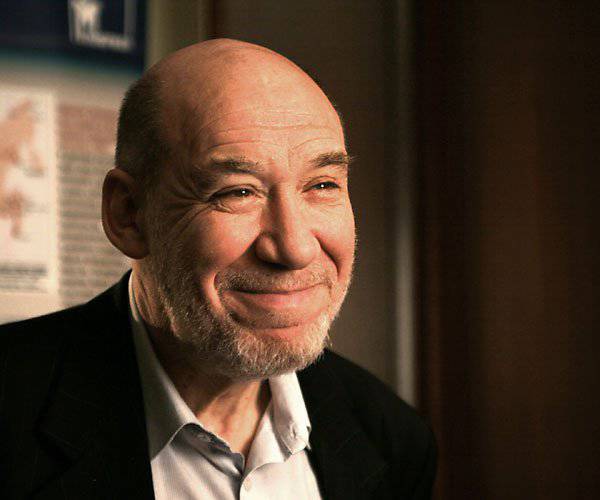 Why were wider? Well, it is quite simple: Chechen bloody cauldron; terrorist bacchanalia; economic pit of hopelessness of loans that were “carefully” given to us by the same IMF, so that we would repay previous loans and did not think to invest in the development of industry, defense, medicine, education, culture; 1996 presidential election of the year with false results, nevertheless recognized by the "democratic world".

Today, the white-toothed smiles of the “friends of Russia” have become rather dull. It is necessary to smile, make a good face on a bad game, but on the soul the cats scratch themselves - unipolarity escapes from under their feet. And to stop this process in order to hold on to the geopolitical and geostrategic Olympus, the “progressive democracy” rolling down along with the secret prisons of the CIA, along with total surveillance on the Internet, along with the ideology of invading foreign states, along with the raging printing press and a bunch of checkboxes looking for recent opportunities. But nothing new seems to be able to come up with, and therefore again: social networks, echoes and echoes, ex-advisers, ex-ministers, diplomatic missions, cookies ... The circle closed ...

"Manege Maidan" was expected at about the following level (comments from social networks):

Manezhka-2014. We are waiting for hundreds of thousands here and millions throughout the country.

I do not want dictatorship. I want freedom!

And in the end:

Hey, where are the people? Che, everyone agrees? ..

Such a turn of events was clearly not impressed by the sponsors of the Russian “Maidan”, and “from there” came a shout - let’s repeat it, but in the best possible way! POPsition dutifully reacted to the team and went to coordinate the new "millionth march" so that Uncle Sam would calm down a little. They came to the Moscow mayor's office, began to coordinate, and in fact agreed on ... Yeah - not on Manezhnaya Square, but on Triumfalnaya Square. Yeah, not a million, but 300 people ...

A pistol with one cartridge was sent to the American embassy by a secret overboard ... But Tefft doesn’t go all ...

The same Tefft, who did not like the Ukrainian anthem so much:

Ctrl Enter
Noticed oshЫbku Highlight text and press. Ctrl + Enter
We are
Mr Tefft and the New World OrderOn the Maidan had fun, while the Crimea did not lose
Military Reviewin Yandex News
Military Reviewin Google News
102 comments
Information
Dear reader, to leave comments on the publication, you must sign in.