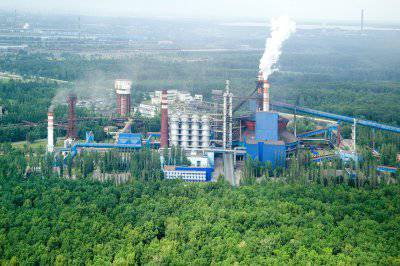 According to Rosstat, industrial production in Russia in January-April of 2014 increased by 1,4% compared to the same period of 2013 of the year, while the processing industry showed the main increase. The actual results clearly exceeded the expectations of analysts who talked about the recession this year. According to the experts interviewed by the “NI”, the domestic industry can grow stronger thanks to Western sanctions - due to the activation of import substitution. However, experts do not see opportunities to quickly restore the industrial sector.

As for the further dynamics of industrial production, according to the results of the second quarter, the Ministry of Economic Development predicts growth of 0,7%, plus 1,1% is expected in the third quarter, plus 1% in the fourth quarter and for the year.

As Dmitriy Zemlyakov, Head of the Business Process Management Department in the FENAN RANEPA production and service, told "NI", in the coming months we can expect growth in economic activity in the services sector and in the export-related sectors. “The weakening of the ruble exchange rate acts favorably for companies operating in foreign markets. With regard to the growth of industrial output in the manufacturing industry, there are large injections of the state in the defense industry. In addition, the factor of import substitution also begins to play its role, when, under conditions of foreign policy tightening and appreciation of imported products, domestic production is gradually rising. Although this trend is still in its embryonic state, ”he explained. According to him, until the end of the year, industrial production will remain in a positive zone. In the summer - thanks to the revitalization of the construction sector, transportation and other segments of the industry, which are affected by the seasonal factor, and in the fall and winter, the import substitution process will gain momentum.

At the same time, Vladimir Salnikov, deputy director of the Center for Macroeconomic Analysis and Short-term Forecasting (TsMAKP), believes that the basic factors affecting the economic activity in the country, such as a decline in profits of Russian enterprises and an increase in loan rates, play against the growth of industrial production in the country. “In my opinion, by the end of the year, the indicator will remain at the level of the first quarter - about 1% growth. Markets do not grow, enterprises' incomes also do not increase, respectively, there are no reasons for optimism. There is more room for growth in the more distant future, but there is no room for rapid growth in Russia, ”he explained.

According to the “NI” interlocutor, the main drivers of industry growth are industries focused on domestic consumption. “In the manufacturing sector in recent years, the APC has been growing well - food industry significantly adds production volumes. Light industry also until recently increased momentum, thanks to the fight against counterfeit goods. In the plus is the production of non-food consumer goods - furniture, jewelry. In general, industries oriented towards domestic consumer demand do not feel bad at all, ”the expert says. In addition, the production of petroleum products is actively growing, thanks to the expansion of export sales markets, and recently metallurgy joined this, where the lack of supplies from Ukrainian enterprises to Russia played a role.

“At the same time, the power industry does not show positive dynamics, because the energy efficiency policy does not contribute to increasing the production of electricity, and there are no export opportunities in this segment. In the mining sector, in turn, resource constraints are noted - we cannot increase oil production due to the lack of fields ready for development, ”explained Mr. Salnikov.