Vitaly Churkin: After the elections in Ukraine, we can expect serious clashes within the Kiev elite

24 May 2014
39
Vitaly Churkin, Russia's Permanent Representative to the UN, answered questions from TV viewers on BBC live. He noted that Russia continues to work with the Kiev authorities on the issue of payment for gas and noted that after the elections of 25 in May we can expect a split among the Ukrainian elite. 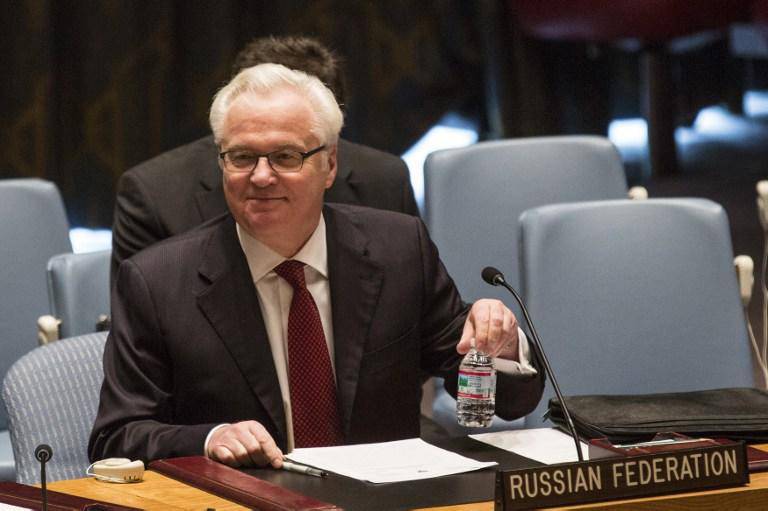 Viewers asked Churkin to comment on the statement of Prince Charles, in which he allegedly compared Putin to Hitler. “I don't know if he even said such things. But if he spoke, then it is absolutely unacceptable, ”the permanent representative of Russia to the UN noted.

Churkin recalled that Russia, although it did not recognize the current authorities of Ukraine as legitimate, continues to work with them - for example, this concerns the issue of payment for gas. On the question of Russian expectations from the upcoming presidential elections in the country, the permanent representative replied that Moscow expects the termination of the military campaign in the east of Ukraine.

According to him, after the elections, we can expect serious clashes within the Ukrainian elite - after all, it will be necessary to carry out a constitutional reform, according to which the terms of office of the currently elected president will change. And to act on the contrary, said Vitaly Churkin.

The air force spectator, who introduced himself as an economics student, said that the Ukrainian economy really needed outside help — but Russia instead sends only military men to Ukraine. Vitaly Churkin objected that Russia has always helped Ukraine - for example, offered her a loan of 15 billion dollars and supplied it with gas.

Vitaly Churkin is Russia's Permanent Representative to the UN Security Council and defends Moscow’s position there.

May 22 Churkin spoke at a meeting of the UN Security Council. He drew particular attention of his colleagues to the need to investigate the circumstances of the fire in the Odessa House of Trade Unions.