27 May 2011
15
There is an opinion that the aces of the Luftwaffe, who fought on the Eastern Front, were “unreal” - it appeared in the years of the “cold war” and from time to time it appears in modern times. It fits very well into the “black myth” about the “backwardness” of the Russians. According to this myth, “Russian plywood” with “poorly trained” Stalin falcons was much easier to shoot down than Anglo-Saxon pilots on the “Spitfires” and “Mustangs”. When the Ases from the Eastern Front were transferred to the Western Front, they quickly died. 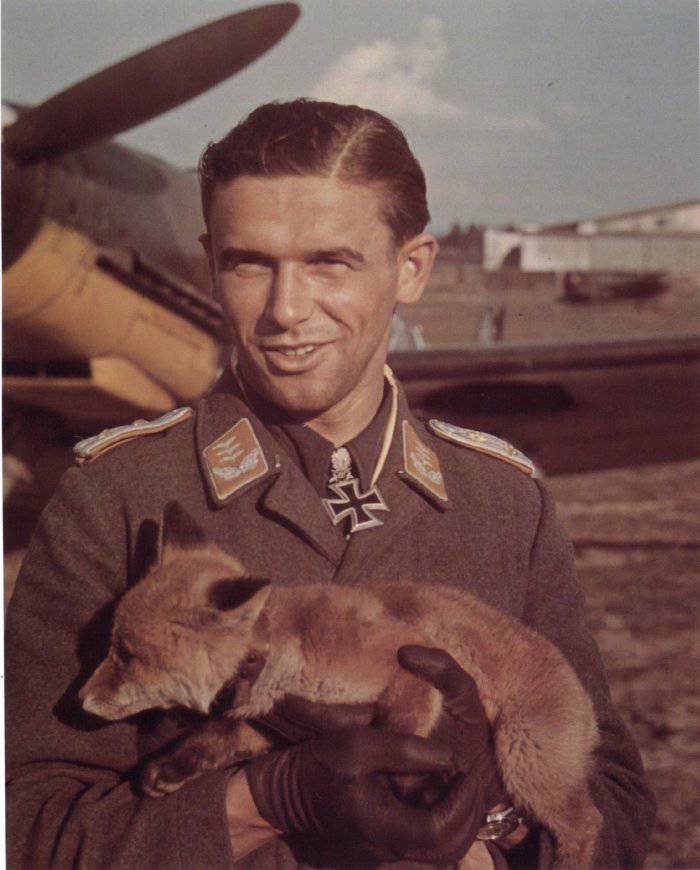 The basis for such fabrications was the statistics on a number of pilots: for example, Hans Philip, an ace pilot from the 54 th fighter squadron "Green Hearts", scored around 200 air victories, 178 of them on the Eastern front and 29 on the Western front. 1 April 1943, he was appointed commander of the 1 th Fighter Squadron in Germany, October 8 1943, he shot down a bomber and was shot down, killed. Over the 6 months he was able to shoot down only the 3 of the enemy plane. There are other similar examples: the first ace of the Reich E. Hartmann shot down the entire 7 (according to other 8 data) US Air Force fighters P-51 Mustang over Romania and in the skies over Germany (total 352 victory). Herman Graf - 212 wins (202 in the East, 10 in the West). Walter Novotny shot down 258 aircraft, of which in the East - 255. True, Novotny most of the time in the West mastered the new jet Me-262, struggling with its shortcomings, practicing the tactics of its use. 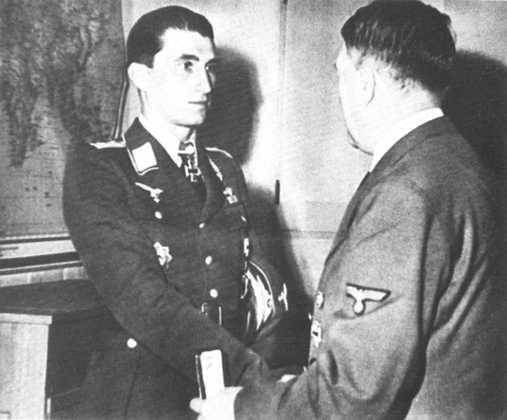 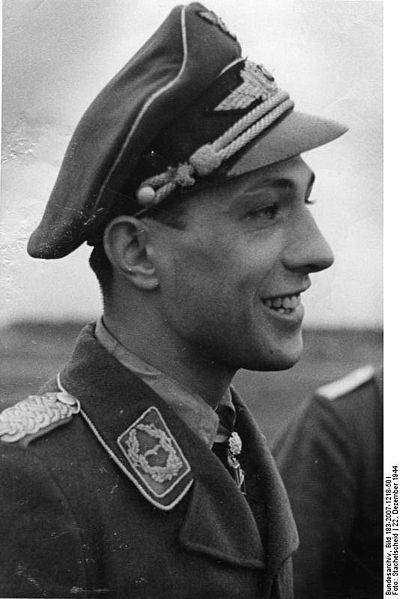 Some German aces successfully fought on all fronts and on all types of aircraft, so Heinz Baer won 220 air victories: 96 victories on the Eastern Front, North Africa scored 62 victories, Baer shot down about 75 English and American aircraft in Europe, of which 16, piloting the jet Me 262.

There were pilots who scored more victories in the West than in the East. But to say that it was easier to shoot down the Anglo-Saxons than the Russians was just as silly as the reverse. Herbert Rollweig from 102 downed aircraft, only 11 shot down on the Eastern Front. Hans "Assi" Khan won 108 victories, of which in battles in the East - 40. He was one of the leading pilots in the Battle of Britain in the 2 Fighter Squadron; fought in the East since the fall of 1942 of the year, 21 of February of 1943 of the year due to engine failure (perhaps after an attack by Senior Lieutenant PA Grazhdaninov from the 169 th Fighter Aviation Regiment) made an emergency landing, after that 7 spent years in Soviet captivity.

The commander of the 27 Fighter Squadron, Wolfgang Shellmann - 12 of victories in the sky of Spain (second in terms of effectiveness of the Condor Legion). By the beginning of the war with the Soviet Union had 25 victories, was considered an expert on maneuverable combat. 22 June 1941 of the 3.05 Messers of the 27 Fighter Squadron led by Shellman took to the air, they received orders to launch assault strikes on Soviet airfields near the city of Grodno. To this end, containers with fragmentation bombs SD-2 were hung on the Messerschmitts. When they attacked the target, they were met by the I-153 and I-16 of the 127 Fighter Aviation Regiment. Shellmann knocked down an I-16 by scoring 26 and the last victory. Then I-153 attacked Lieutenant P. A. Kuzmin, but he successfully maneuvered and avoided his attacks. Then Kuzmin unexpectedly went on a head-on ram, Shellmann barely dodged, the Soviet pilot repeated the attack several more times, the German ace dodged. Finally, on 4, our fighter crashed into the fuselage of an enemy fighter, Kuzmin died, and the German ace was able to jump with a parachute. His further fate is unknown, according to German data, he was arrested and then, apparently, shot. 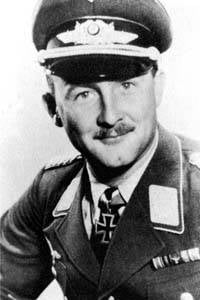 It is also necessary to take into account the difference in air battles in the West and East. The eastern front was stretched for hundreds of kilometers and there was a lot of “work”, the Luftwaffe fighter squadrons were thrown from battle to battle. There were days when 6 departures were the norm. Moreover, in the East, air combat usually consisted in the fact that the German fighters attacked a relatively small group of strike aircraft and their cover (if any), usually the German aces could achieve a numerical advantage over an “bombers” or attack aircraft escort.

In the West, real “air battles” were played out, so 6 March 1944 Berlin attacked 814 bombers under the cover of 943 fighters, they were in the air almost all day. Plus, they were concentrated in a relatively small space, in the end it turned out something similar to the "general battle" of the attacking side and the air defense fighters. German fighters had to attack a dense group of aircraft, on the Eastern Front such battles were rare. German fighter pilots were forced not to look for "prey" as in the East, but to play by other rules: attack "flying fortresses", at this time the Anglo-Saxon fighters could "catch" themselves. Hard battle, without the ability to maneuver, move away. Therefore, the Anglo-American air force was easier to use their numerical advantage. 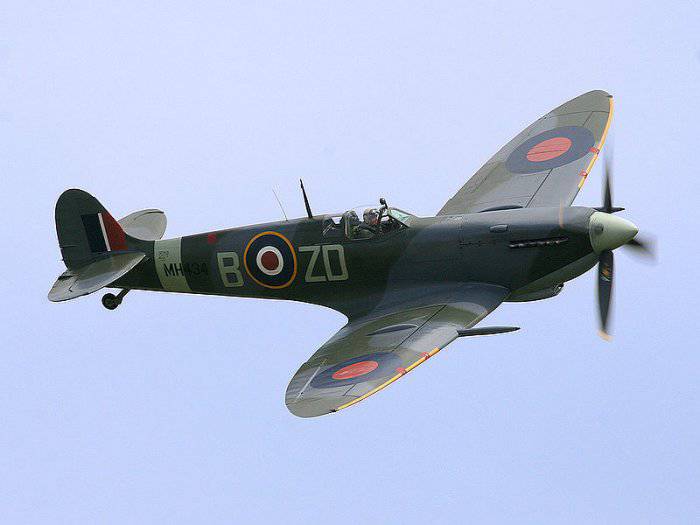 We are in Yandex Zen
352 shot down as a way to defeat
NATO losses in Yugoslavia
15 comments
Information
Dear reader, to leave comments on the publication, you must to register.