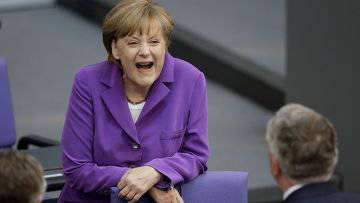 Fascists in the "lite version" I call leaders who support the criminal junta in Kiev in its war to destroy their own people and justify its heinous crimes in the UN, where they are now fighting not for peace but for the interests of the far right of the whole world with the help of the yellow press, having lost the right to be called even this way, it is now called simply selling. In the “lite version” I also call fascists those leaders who unite in dishonest organizations like NATO, the IMF or the World Bank, invented by Anglo-Saxon imperialism in order to share the world's wealth.


The robbers, entrenched in Kiev, find support among the most inveterate NATO reactionaries, who need Ukrainians as cannon fodder, and in Western Ukraine, where their ideological mentors helped Nazi Germany and fought against the Red Army side by side with soldiers of the Third Reich. The punitive detachments were led by Stepan Bandera, guilty of exterminating about a million Jews, not counting Russians, Belarusians, Hungarians, Poles, Gypsies, and other nationalities. The fact is that the Nazis did not want to dirty their hands, so they entrusted the dirtiest work to their vassals, in this case Banderovites, who performed, trying to curry favor with the new owners.

What a shame to live in a world ruled by the fascists in the "lite version"! I call them that because they dare not even raise their hand in the traditional Nazi gesture of greeting, but instead disguise themselves as socialists like Hollande, democristians like Merkel, or democrats like Obama. In fact, they are all fascists, although, as already mentioned, in the “lite version”.

I rank the political leaders of the European Union and the USA as fascists, because they support the Nazi regime of Kiev, which crushes tanks veterans and war heroes, children and women trying to stand in their way to protect their compatriots. They are fascists in the “lite version” because they pay mercenaries to indiscriminately shoot civilians, and because they finance Right Sector militants who attack unarmed people, burn them alive in the building of the Trade Union House in Odessa, and then take pictures with charred victims, mockingly calling them "blacks." German Nazis sent victims to gas chambers at least before burning, and animals from Kiev burn them alive. Criminals!

After that, Chancellor Merkel and President Obama appear, almost by the hand, in the White House, smiling and happy, because their Kiev wards quickly coped with the problem. One thing they don’t say is that the problems in Ukraine are only beginning and will be for a very long time until the fascists in the “lite version” fail to suffer a final collapse. And Obama and Merkel were so happy, because the notorious problem was solved in the best way, that is, with the minimum number of victims. I wonder if they would have thought a trifle if their children were burned alive? Although, of course, it must be admitted that later in the United States they called the “unacceptable” surge of violence that took place in Odessa and demanded that Kiev find and punish those responsible who, understandably, would be among the victims, not the executioners.

Meanwhile, the German TV channels are trying to powder their brains to their compatriots, informing them that those who burned their compatriots alive were actually trying to save them. Wow saviors who hurl Molotov cocktails to put out the fire! And no media in the West mentions that these rescuers shoot at those who are trying to get out of the burning building, and beat those who still succeeded. Meanwhile, the pseudo-government in Kiev, fearing the wrath of the world community, blames Russia for the massacre. What audacity!

Despite the fact that the Western media are trying to hush up these events, they prefer not to see, not to hear, and not to say anything, everyone is well aware of them, and, first of all, the owners, who order their lackeys to commit these inhuman crimes, for which they still have to answer before the court. The German newspaper Bild wrote that, according to German intelligence, "dozens" of American CIA and FBI agents are collaborating with the Ukrainian government, who came to power after Yanukovych’s resignation, to help local security forces in their fight against the pro-Russian rebels in the rebellious south-eastern regions of the country. Agents "are collaborating with Kiev on behalf of the United States government to end the rebellion in the east of the country and improve the security system in the country," contrary to the words of President Obama, who at a press conference with Chancellor Merkel two days before this publication stated that The United States does not take any part in the Ukrainian conflict.

Therefore, it is not by chance that the order for the physical destruction of the inhabitants of Eastern Ukraine was given after the Director of the CIA, Brennan, visited Kiev. But things did not go as planned, because the soldiers fraternized with the rebellious people and laid down weapon, and then Vice President Biden was urgently sent to the Ukrainian capital, who scolded the junta and urged him to continue the war. But since the offensive again choked, no more than a few people were sent to manage the money, IMF Director Lagard told her to: If you want our 17 billion dollars, immediately tame the south-eastern regions of the country. So Kiev could only obey. As the Spanish poet Francisco de Quevedo said in his time: “Mighty cavalier is Don Money.”

As all the crimes committed by the Nazi junta in Kiev today accuse Russia and impose increasingly harsh sanctions on it, the question arises: if they do this to the largest country in the world, rich and well-armed, including nuclear weapons, what will they do to us? not having these benefits? God bless us if Russia is defeated!

What is behind the attempt to destroy the Russian-speaking population of Ukraine? The imperialists seek to drive Russia into a corner, leaving it with only one way out - to stand up to defend the rights of this population to live in a society that would recognize them as equal before the law. And then with the help of a grand propaganda machine that manipulates our ideas and thoughts, scare the planet with the hydra of Russian imperialism. So they want to finally establish their world dominion, so that we can never escape from his claws. Therefore, they are trying to impose hatred on Russia so that no one else would ever think to repeat its bad example and rebel against the existing colonial system. But despite this, the Ukrainian people resist and will not give the world fascist international a chance to win.

Since the puppet government in Kiev, no matter how trying to oblige its masters, cannot do anything with its rebellious and unarmed people, who, however, are arming themselves with arms folded by soldiers, they had to resort to the help of mercenaries from Poland, Croatia, the Baltic States, banana republics of Europe and American militants from the private security service Greystone. And this last fact is absolutely blatant, because if the US calls itself a democratic state, how do they allow in their own country the existence of a criminal organization that can be hired by a handful of criminals who have come to power?

All of the above can be summarized in one question, which was formulated by the Russian journalist Arkady Mamontov: President Hollande, Chancellor Merkel and President Obama, are you not ashamed?

Ctrl Enter
Noticed oshЫbku Highlight text and press. Ctrl + Enter
We are
Food security of the Russian Federation. Successes and failures. Part of 2. A lot of bread is good, a lot of meat is betterProfit and Parisian streets since the Nazi occupation
Military Reviewin Yandex News
Military Reviewin Google News
130 comments
Information
Dear reader, to leave comments on the publication, you must sign in.