“A strategic mistake is to treat Belarus as a foreign territory” 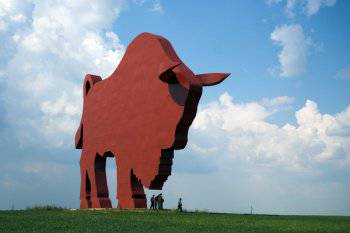 Many representatives of the Russian expert community express the hope that the economic crisis in this country will make Alexander Lukashenko much more compliant in dealing with Moscow.

In connection with the ongoing monetary and financial crisis in Belarus, many representatives of the Russian expert community hope that the economic crisis in this country will make Alexander Lukashenko much more accommodating in dealing with Moscow. I believe that this is a strategic mistake - to treat Belarus as a foreign territory and a foreign region.

Instead of creating a Belarusian outpost of Russia in Europe, through economic coercion it is turned into some kind of margin. In the end, this will lead to the fact that our defenses and geopolitical weight will only fall. Instead of building joint programs in the field of industry (and above all machine tool construction), the interests of certain oligarchic groups are satisfied that simply want to “weld” on Belarus. As before, they “welded” in the territory of the Russian Federation. So this is not an economic or financial question, but a question of geopolitical stupidity or geopolitical betrayal. That is the crux of the matter.

Of course, opponents could argue that for many years Russia enticed Lukashenko, giving him all sorts of discounts and preferences without any preconditions. Now, when the Kremlin has chosen a more rigid line of conduct, the integration process has moved off dead center. In support of this thesis usually lead to the creation of the Customs Union. I do not think this is the right approach. Just a powerful Belarus, both economically, socially and geopolitically, is a powerful resource for Russia. Therefore, this issue is broader than the Customs Union (which is more important in relation to Kazakhstan and Ukraine).

Belarus is, in essence, a springboard for building the entire European policy of Russia. But instead of equipping it in every possible way, this bridgehead is destroyed in all possible ways. The coincidence of the position of Russia, the US and the EU regarding Belarus (this is about the notorious issue of respecting human rights. - Approx. KM.RU) is precisely the most convincing evidence of the inadequacy of such a policy. In fact, the Russian Federation invests in NATO and works for NATO. Although at the same time, in the short term, private interests of private corporations will still be satisfied (it does not matter if they have public or private status). Naturally, this will not contribute to strengthening the position of the Russian Federation.

It amazes me that when discussing Russian-Belarusian relations it all comes down to a personal factor. Instead of discussing the geopolitical situation and the creation of a single subject of geopolitics through the integration of the industrial sphere, they discuss whether Lukashenko is bad or good. Moreover, all these discussions are in the format of the modern Anglo-Saxon geopolitical structure, which is associated with what can be called "decapitation" (that is, decapitation). That is, new political technologies are already connected not with a change of regime, territorial seizure or occupation of the country, but with its decapitation. So that then calmly deal with the solution of their questions on the territory of this state.

Why does the Russian Federation play these NATO and Anglo-Saxon games is a question that should be answered not only история, but, as it seems to me, more specific Russian authorities. It is clear that today there are economic repressions and arm twisting, which is the central point that works against the strategic interests of the Russian Federation. Obviously, there is nothing to discuss here - an intense and inspired sawing of the bitch on which the Russian Federation is sitting happens before our eyes.