What attracted the attention of Sergei Shoigu at the exhibition "Integrated Security-2014"? 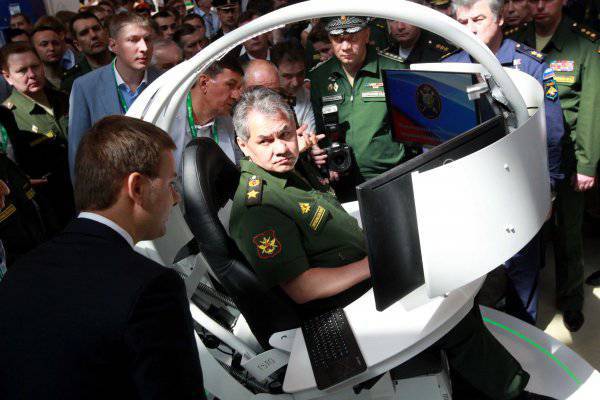 One of the exhibits that attracted the most attention of the minister was a capsule that allows you to get in touch through several channels to different interlocutors. The capsule has a name - CROC, and allows you to receive information in real time, displayed on multiple monitors. CROC is a pilot project of a mobile command center, which Sergey Shoigu decided to use directly during the exhibition to communicate with the National Center for National Defense (NTSOOG).

The minister was told that with the help of such a mobile command center, information could be obtained from unmanned aerial vehicles that monitor a particular area.

Visited the Minister and stands with the latest radar equipment. The head of the military department was shown to develop over-the-horizon radar systems and a missile attack early warning system that can be placed on the seashore.

Exhibition "Integrated Security-2014" It took place on the territory of VDNH (pavilions 69 and 75). The exhibition was organized by the Emergency Situations Ministry, the Interior Ministry, the Federal Service for Military-Technical Cooperation. The exhibition attracted more than 500 participating companies.

Ctrl Enter
Noticed oshЫbku Highlight text and press. Ctrl + Enter
We are
Innovation Day of the Southern Military District: Pictures from the ExhibitionThe action “Military service under the contract is your choice!” In Rostov-on-Don: future contract servicemen, exhibitions and “Russian Knights”
Military Reviewin Yandex News
Military Reviewin Google News
25 comments
Information
Dear reader, to leave comments on the publication, you must sign in.