Russia and China will build aviation equipment together 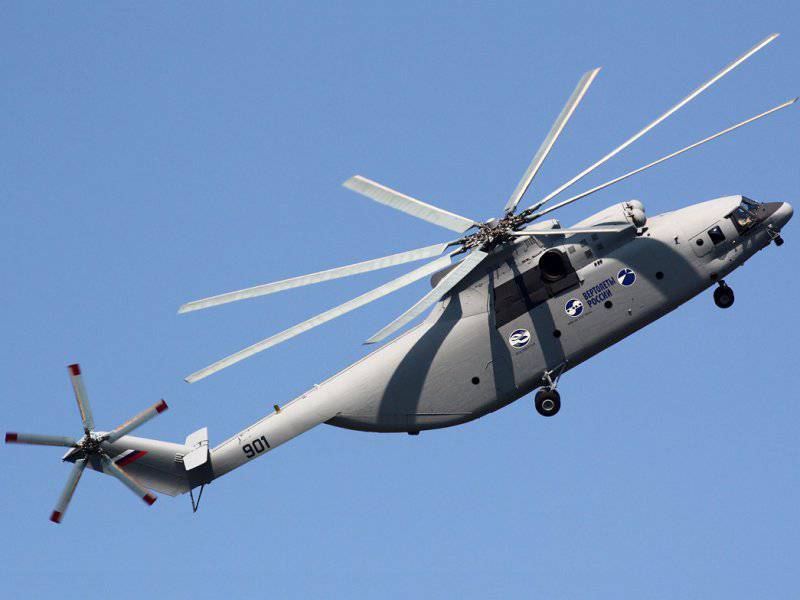 One of the main topics of recent days is the signing of the Russian-Chinese gas contract. Record in terms and volumes of the agreement immediately attracted the attention of specialists and the general public. However, the gas contract was not the only document signed during the visit of the Russian delegation to China. In addition to cooperation in the field of energy, Russia and China intend to launch a new joint project, which will result in the emergence of new aircraft.

Before the visit of the Russian delegation, led by President V. Putin to Shanghai, officials claimed that negotiations were underway on forty-odd contracts. About 30 of these agreements were planned for signing during the visit. At the same time, special attention was paid to two new agreements, which were planned for signing in the very near future. Both of these documents relate to joint work between Russia and China in the field of aviation and involve the creation of new projects for aircraft and helicopters.

20 May President of the Russian United Aircraft Building Corporation M. Poghosyan and Chairman of the Board of Directors of the Chinese Commercial Aircraft Corporation of China, Ltd. (COMAC) Jin Zanglong put their signatures under a memorandum of cooperation on a program to create a promising passenger aircraft. Thanks to this joint program, Russia and China will receive a new wide-body long-haul passenger airliner. M. Poghosyan noted that the signed document was the result of fruitful two-year cooperation between UAC and COMAC specialists, and combining the efforts of the two corporations will bring Russian-Chinese cooperation to a new level.

In the near future, representatives of the Russian and Chinese aircraft building corporations will begin to work out the organizational aspects of the new project. During the first stage, they must determine how the various elements and systems of the prospective aircraft will be developed. In addition, the most effective forms of participation of the parties will be determined, and the main methods of promoting development in the market will be developed.

The first phase of the project should be completed within the next few months. According to the UAC, in the summer of this year, the developers will submit the first package of documents - the feasibility study of the project to the governments of Russia and China. After that, aircraft designers will be able to do the necessary research and engineering work.

The main goal of the new Russian-Chinese project is to create an aircraft that can regain a place in a niche occupied by foreign manufacturers. Both China and Russia need a passenger liner capable of carrying at least 300-350 passengers over a distance of 10-12 thousand kilometers. Currently, this niche is firmly occupied by Boeing and Airbus. A promising Russian-Chinese aircraft should move the competitors and win back part of the market.

To date, only some general project requirements have been defined. In addition, Russian and Chinese experts studied the international market for wide-body passenger aircraft and made the appropriate conclusions. In an interview for Expert Online, UAC President M. Pogosyan said that in the 2012-32 years, air carriers around the world would have to purchase up to 8 thousands of long-haul passenger aircraft. According to existing plans, the Russian-Chinese airliner will have to take up to 10% of the market - UAC and COMAC intend to build and transfer to 600-800 customers a new type of aircraft.

The timing of the appearance of a promising passenger aircraft has not yet been called. The creation of such projects usually takes several years, so the first production liners of the new model will be transferred to customers no earlier than the middle of the next decade. Similarly, the situation with the cost of the project: the early stages of work still do not allow us to talk about the price of the entire project or an individual aircraft.

The second project, planned for implementation by Chinese and Russian experts, has not yet reached the stage of signing any documents stipulating the further course of work. Recently, Moscow and Beijing have been negotiating the delivery of heavy-class transport helicopters to China. According to some reports, the Russian side had previously offered Chinese partners to purchase a certain number of Mi-26 helicopters, but this did not suit them. As a result of bilateral negotiations, it was decided to develop a new transport helicopter in accordance with the requirements of China.

According to the Kommersant publication, in the framework of the visit of the Russian delegation, negotiations were held on the joint development of a promising helicopter. 22 May, after the end of the visit of the Russian delegation to China, appeared official information about the new heavy helicopter of joint development. On the first day of the international exhibition HeliRussa-2014, the general director of the holding company "Helicopters of Russia" A. Mikheev confirmed the fact of negotiations. According to him, there was an exchange of views at the level of deputy prime ministers. In addition, A. Mikheev revealed some details of the negotiations. Until the end of 2014, Russian and Chinese helicopter builders will continue to discuss the new project and its various features.

A prospective transport helicopter may receive the designation AHH (Advanced Height Helicopter). The basis for the new machine will be the Mi-26, but in the course of the project it is proposed to apply a lot of new solutions and technologies, as a result of which AHH cannot be considered another modification of the existing machine. Production of helicopters is supposed to be deployed at Russian enterprises, but the possibility of joint construction is not excluded. The main buyer of the new helicopter will be China, but if there are orders, delivery to Russian operators is possible.

The timing of the project with the symbol AHH has not yet been clarified. We only know that in the near future, representatives of Russia and China will continue to discuss the main features of the new project.

The signing of a memorandum on the joint development of a long-haul airliner and negotiations on the appearance of a promising heavy helicopter are of great interest. Earlier, Russia and China were not engaged in the joint creation of aircraft. Cooperation in this area was limited to the supply of ready-made Russian-made aircraft and helicopters. Now the two countries intend to jointly develop and build two types of aviation equipment of different classes at once. How successful such cooperation will be - time will tell. New posts on this topic should appear in the next few months.