Will you expect a Russian hypersonic rocket by 2020 year?

23 May 2014
75
Director of Tactical Missile Weapons Corporation Boris Obnosov says that Russia has developed a full-fledged program to create hypersonic missiles. According to him, the project was approved in the main military department, as well as in the Ministry of Industry and Trade. Reports about it ITAR-TASS. 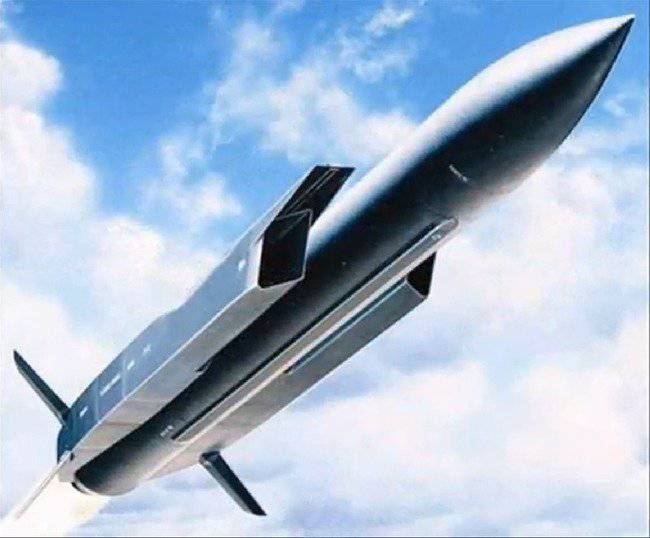 With many dozens of institutions, enterprises, we have formed 12 working groups. We have compiled such a program, it has already been approved by the Ministry of Defense and the Ministry of Industry and Trade of the Russian Federation. The main thing is that it is now implemented.

If the project will be implemented at the pace that is determined today, then by the 2020, Russia should have a working model of a new type of hypersonic missile.

In addition to Russia, such countries as the USA, China, France and India are participating in the race to create the fastest missile. The greatest success so far has been achieved in the joint Russian-Indian project "BrahMos" - the creation of the fastest cruise missile on the planet.

In August, 2013, the same Boris Obnosov, stated that a hypersonic rocket weapon is already at the disposal of Russia, but only the “lifetime” of the created rocket is too short. The head of the corporation "TRV" then informedthat the engineers are working on long-term hypersonic flight speeds around 6M (6 speeds of sound in air).
Ctrl Enter
Noticed oshЫbku Highlight text and press. Ctrl + Enter
We are
Hypersonic fuss: in pursuit of speedThe Brahmos missile was almost completely integrated with the Su-30MKI fighter
Military Reviewin Yandex News
Military Reviewin Google News
75 comments
Information
Dear reader, to leave comments on the publication, you must sign in.