26 May 2011
11
When you look at the aces of the Second World War, a number of questions arise, and the main one is: why did the fighter pilots of Germany and Japan shoot down more airplanes than the pilots of the winning countries, the USSR and the USA. So, 23-year-old "Aryan" Erich Hartmann officially knocked down 352 enemy aircraft - of which 345 (according to other sources - 348) Soviet. His comrades in the 52 th fighter squadron of the Luftwaffe Gerhard Barkhorn - 301 victory, Gunter Rall - 275 victories. For comparison, our best aces: Ivan Kozhedub shot down an enemy's 64 aircraft, Alexander Pokryshkin - 59. 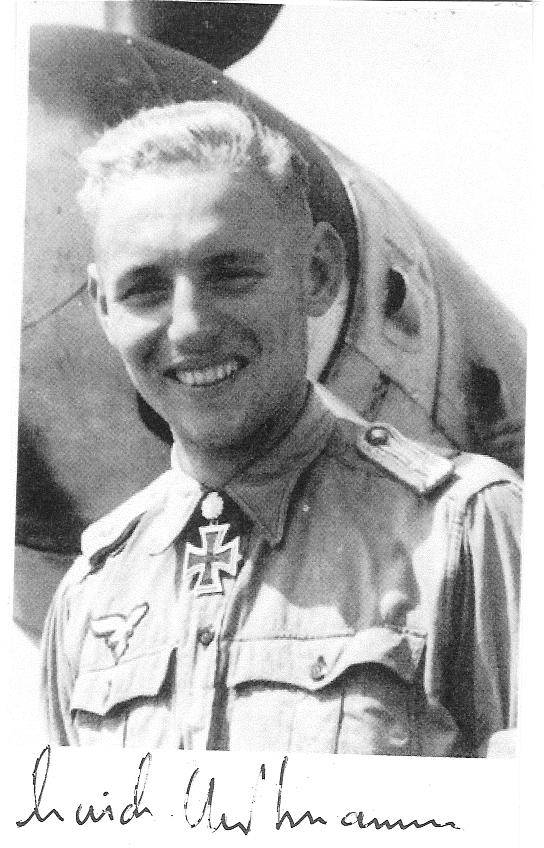 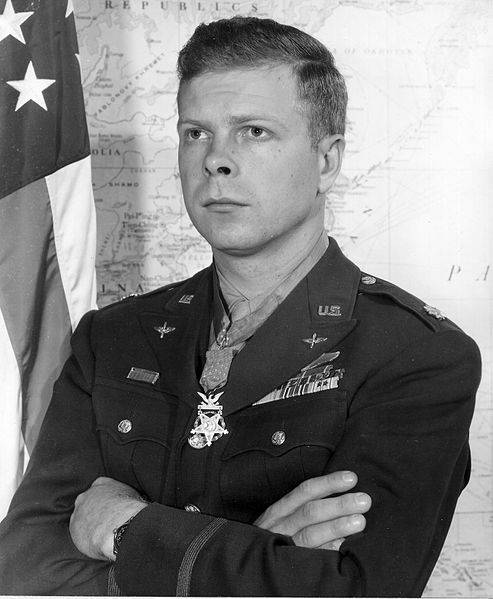 During the war, Halkin-Gol conducted very intense air battles: the best Soviet pilot (in terms of downed enemies) Sergey Gritsevets - 12 Japanese aircraft, Japanese al Hiromiti Shinohara from May until his death 27 August shot down 58 aircraft, 27 June 1939, he for the day shot down 11 Soviet aircraft.

Different authors raised this question, but did not reach a unanimous opinion, someone believes that the enemy pilots lied, in reality about as many were shot down as the best Soviet aces; others believe that the German pilots were simply better and knocked down inexperienced enemy pilots by dozens. Still others believe that the problem is in the calculation method. But it is interesting that Japan and Germany lost the war, including the air war. 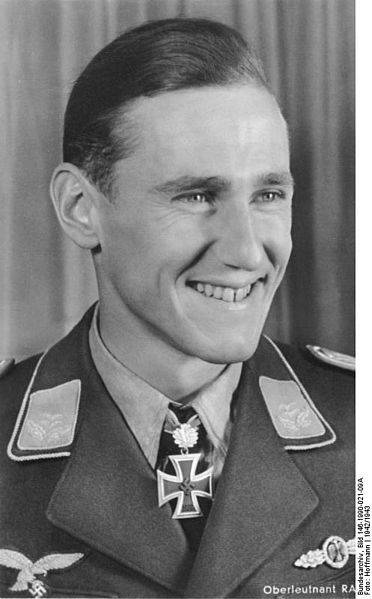 Blame the Japanese and Germans for serious mistakes, perhaps conscious, with the method of calculation, does not work. If you study the air battles, it turns out that all sides have serious mistakes, not just German or Japanese.

So, after the fighting on Khalkin-Gol, the USSR declared that 588 had shot down Japanese aircraft and another 58 was destroyed on the ground, the Japanese declared the destruction of 1162 aircraft in the air and 98 on the ground. But in reality, the Soviet Union lost 207 airplanes in battle and 42 more - not combat losses, the Japanese reported losing 88 airplanes in battle, and 74 were written off due to combat damage. That is, the Soviet data on the losses of the enemy were overestimated in 4 times, Japanese in 6 times. This ratio, 1 to 4 approximately, was preserved in the Air Force of the Red Army and the Great Patriotic War.

The main reason for the divergence of reality and the messages of the pilots is not their lies, but the complexity of the battle and the uncertainty of the fate of the "wrecked" aircraft. Many planes were literally riddled, but returned to the airfields. Often the plane avoided battle, for example: the fuel was running out, the ammunition left the fight, fell into a tailspin, leaving the enemy's fire, but then could even out — it could also be considered shot down. Hence the fantastic accounts of the shooters of the “flying fortresses”: the German “Messerschmitts”, when they got out of the attack, due to the characteristics of the engine, always smoked, they were also recorded as “shot down”.

So, in July 1941 of the year Moscow air defense planes made 89 battles, reflecting 9 raids by enemy bombers, in August - 81 battles with 16 raids. They said they shot down 59 aircraft in July, 30 in August. According to the Germans: in July 20-22 of the aircraft was lost, in August - 10-12, that is, the difference is about three times. The Germans were just as wrong: 30 June 1941, an air battle took place over Dvinsk, our bombers, just 99 units, bombed bridges, they were attacked by German fighters. They claimed 64-65 downed aircraft, according to our data, the 34 of the aircraft was lost, another 18 downed could successfully return to the airfields, that is, the difference is about 2 times.

Another example is already the Western Front, 6 March, 1944, a raid on Berlin: the Americans (fighter pilots, bomber gunners) declared that they destroyed 179 enemy aircraft (83% reflecting German air strikes), while the Germans lost 66 fighters. German pilots said they shot down 128 bombers and fighters, another 12 aircraft allegedly shot down, in reality, the Americans lost 69 bombers and 11 fighters.

The battle near Kharkov 13 May 1942, the Germans said that they shot down 65 aircraft, our losses on this day - 20 aircraft. 14 May Germans report on 47 aircraft, of which Herman Graf shot down 6, Adolf Dikfeld - 9 aircraft. Our real losses are 14 aircraft.

Moreover, an attempt to explain the difference by “points” and “victories” does not solve anything - these systems existed in the Luftwaffe in parallel - “points” (twin-engine aircraft - 2 points, four-engine aircraft - 4) were taken into account for awarding and for awarding titles. Also in the Soviet Air Force in parallel with the accounting of "victories" there was a system of cash bonuses based on the value of the downed aircraft. 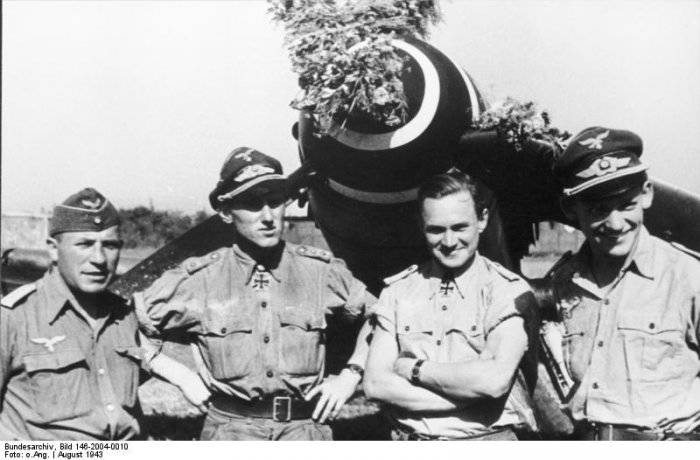 Gunter Rall (second from left) after his 200 air victory. Second from the right is Walter Krupinski.

Photo guns improved the ability to correctly calculate, but also did not solve the problem. On our planes, the photo-gun “PAH-22” began to be put even before the war. The photographic machine gun shot at a lower speed than the movie camera - approximately 8-10 frames per second, and, most importantly, he stopped working after releasing the fire control trigger, so he did not fix the target’s last projectile, nor did he record the behavior of the enemy’s aircraft after it hit. In fact, he could fix the death of an enemy aircraft only when he was killed in the process of firing. Their massive use did not change anything, the problem remained.

Aerial surveillance, warning and communication posts (VNOS) also could not give a correct picture, usually the battle went far, and it was difficult to determine the type of the downed and fallen aircraft visually. Just one example: April 19, 1943, the battle near Murmansk, VNOS recorded 4 aircraft shot down, they were recorded in the "victory". Later, the search groups found the 4 aircraft: one enemy Messer and three of ours.

The main reason for the difference in downed aircraft

Germany used its air force more intensively, roughly 6 departures per day for the pilot during major operations. In addition, given that the enemies had more aircraft, they could more often be met by German pilots. So, Erich Hartmann made 1525 combat missions, Gerhard Barkhorn more than 1104 combat flights, Walter Krupinski scored 197 air victories in 1100 combat missions. For comparison: I. Kozhedub all 330 sorties. As a result, if we divide the number of departures from the German aces and the best pilot of the USSR, then it turns out that the 4 victory is on the 5-1 departures. If Kozhedub made the same number of sorties, the German aces were skolko, the number of his victories could also have been two or three hundred.

But the command of the Soviet Air Force did not need to use pilots for “wear”, we had enough machines and pilots, so they made fewer sorties. German pilots fought almost continuously, the Third Reich simply did not have enough resources to create the necessary number of aircraft and train a large number of pilots. In addition, the Luftwaffe units were forced to constantly move from site to site. Thus, the first group of the 51 th Fighter Squadron, re-armed on the Focke-Wulf, was thrown into battle near Leningrad in September-October of the 1942 of the year; then participated in Operation Mars, at its completion until January 1943, fought in the Great Bow region; then Operation “Buffel” - withdrawal of the Model 9 Army from the Rzhevsky bulge. Or the first and second groups of 54 of the Green Heart Fighter Squadron: from the beginning of the war to 1943, they fought in Army Group North, from May 1943 were transferred to Army Group Center — fighting in the Orla area, Operation Citadel "After the defeat - a withdrawal to the" Hagen line ". Since August 1943, the first group has been fighting in the South army band, remaining under Poltava until October; then they were transferred again to the army group “Center” - battles near Vitebsk, Orsha; in the summer, 1944 was transferred to Army Group North. The second group was transferred to Ukraine after the Citadel, and in March 1944 returned to Army Group North. Other fighter units were also deployed.

Soviet aviation the units were mainly used only on “their” front, were not shuffled, and every 1-2 months they were withdrawn to the rear for reformation - replenishment of equipment, rearmament. Only from the middle of 1943 began to replenish the unit immediately at the front, like the Germans. So, the 16th Guards Aviation Regiment A. Pokryshkina departed for retraining for Aerocobra at the end of December 1942, and only returned to the front on April 9, 1943. The 434th regiment of Major Kleshcheyev (380 sorties, 16 individual victories and 15 in the group) was reorganized three times from May to September 1942. Naturally - this reduced the ability to replenish your personal account.

The Japanese had the same problems on Halkin-Gol - 4-6 departures per day, so the pilots of the Germans and the Japanese were "the most tired people of the war." They had more opportunities to become aces, but they lost the war, including the air war. 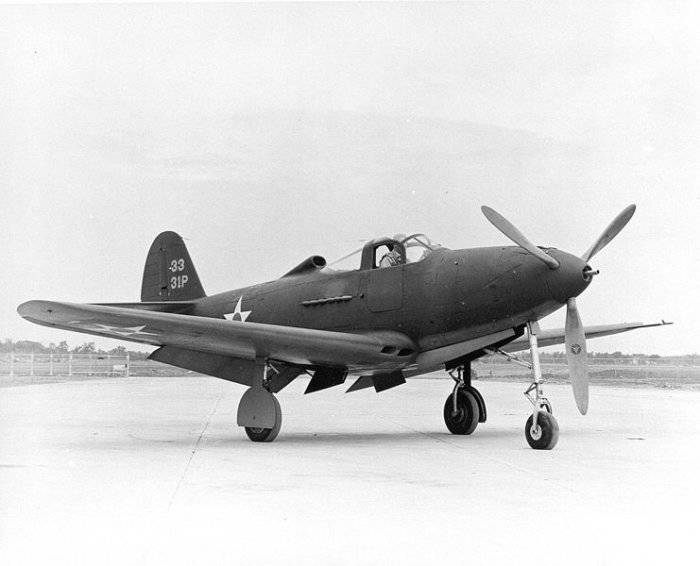 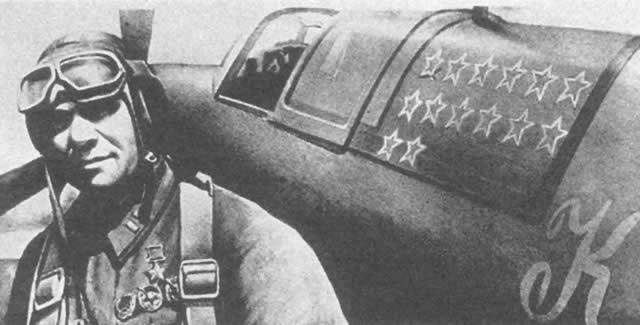 The game Bakugan, created based on the eponymous Japanese cartoon Bakugan, fully reproduces the various scenes and scenery, offering himself to become the director of events. Board game Bakugan consists of an arena for battles, plastic balls, turning into monsters, a variety of cards, sets for battles and much more. You can buy in the online toy store toy.ru.
Ctrl Enter
Noticed oshЫbku Highlight text and press. Ctrl + Enter
Military Reviewin Yandex News
Military Reviewin Yandex Zen
11 comments
Ad