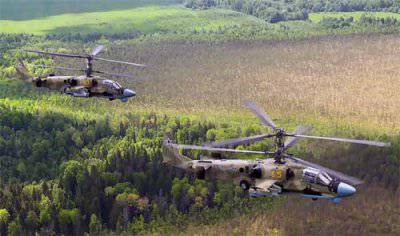 1 May in the framework of the exercises Russian military helicopters flew in the north-western sky. It's about the Mi-28H "Night Hunter" and the Ka-52 "Alligator". The Minister of Foreign Affairs of Estonia, Mr. Paet, having seen flights near the border, was very upset and said something about the outlined increase in tensions. Three weeks later, in Tallinn, they wondered: would Russia attack Estonia?


“We are following closely all Russian military exercises and troop movements,” said Urmas Paet on 1 in May to the news resource Delfi. He also noted that "Russia is not ready to reduce tensions, but rather the opposite."

For a while, the Estonians thought about the words of their minister. Then something thought up.

19 May newspaper "Postimees" announced that the Conservative People’s Party of Estonia intends to organize a conference in Tallinn, the agenda of which will include the question: will Russia attack Estonia?

Different experts were invited to the forum. They are expected to offer proposals for the protection of the country's population "in this difficult time."

21 May at the opened international conference, reports in another issue "Postimees", was made by the Chairman of the Foreign Affairs Committee of the Riigikogu (State Assembly of the Republic of Estonia) Marko Mihkelson. He said that the biggest challenge to the EU’s foreign policy in the coming years will be Russia. Moreover, this very Russia, according to the speaker, set its sights on "Finlandization."

“One of the goals of Russia's foreign policy is to aggravate the contradictions between European countries and bring them to the path of Finlandization. Resisting the aggressive policy of Moscow can only be achieved by strengthening a single policy. ”

“The hidden doctrine of Russia is the imposition of limited sovereignty on the territory of the former empire and building up its political and economic influence throughout Europe as a whole.

In all likelihood, Moscow hopes that the internal differences in Europe are too great to form a strong single position. Evidence of this vision can be found in a number of areas. The most striking examples are the flirting of France in relation to Mistral, as well as the success of Moscow in concluding bilateral agreements in the field of energy. ”

What are the ways proposed by Mr. Mihkelson?

According to him, the EU needs to “bring its foreign and security policy in line with real challenges.” At the same time, such a real policy should get rid of bureaucracy and become “politically correct”. If these two conditions are met, then the EU will have great chances that "that Russia's aggressive policy will come to a standstill."

Earlier, the Estonian Ministry of Defense conducted a public opinion poll, the results of which told "ERR".

A ministerial survey showed that Estonians are not well aware of the actions taken in dangerous situations. A total of 24% (i.e. less than one-fourth of the respondents) know what they can do to protect the country in the event of a threat of external intervention.

In parallel with the Estonians, Latvians and Lithuanians decided to defend themselves against the Russian invasion and the inevitable “Finlandization”.

As recalled Mikhail Tishchenko ("Lenta.ru"), The Ministry of Defense of Latvia was engaged in assessing the capabilities of local hunters: what if they would need their help in protecting the state. In Lithuania, the vice rector of the military academy Valdas Rakutis proposed to issue survival allowances for the population in wartime conditions and organize appropriate courses.

However, the Balts do not believe that they will be saved by hunters and civil defense. Even the NATO is powerless before the Russians.