M.Leontiev: "The economic policy of the government is an atavism" 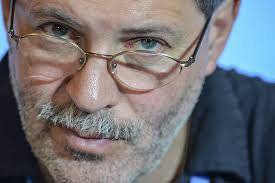 In the scenarios described by Medvedev, there is no development


It has been two years since the approval of Dmitry Medvedev as the head of the Russian government. Experts analyze the activities of the Cabinet in the last two years, and the media convey the words of the prime minister that the Russian economy is waiting for two hypothetical scenarios.

According to Medvedev, according to the first version, the economy will show a slight increase, but an equally slight drop. In this case, the population will not feel any significant changes in their lives. The second option is hard and unlikely, but the state will fulfill social obligations in any case.

A well-known analyst Mikhail Leontiev gives his assessment of the activities of the Medvedev government.

Russia, voluntarily or involuntarily, will be affected by the external conjuncture

- Before I start commenting, I must make one important reservation. All that I have said is my personal opinion, in no way connected with the position of my employer. That is, in this case, I act as a private person, as a citizen of the Russian Federation, endowed with freedom of speech, and not as a representative of the company-employer.

So, in the scenarios described by Medvedev there is no development. It is excluded by the conceptual vision of the team that Medvedev directs. I mean the economic block of the government. Previously, Kudrin and Ulyukayev considered the external conjuncture to be the main one, which determines the pace of the country's development. In this sense, nothing has changed, their optimism or pessimism depends on the analysis of the conjuncture, and on how maneuvers one can resist this conjuncture from their point of view.

When the crisis broke out, it became clear that Russia would be affected by the external conjuncture: it would not happen like a skating. Willingly or unwittingly, through direct collapse of markets or through increased tension, through political turbulence or through political pressure, but this will happen.

Of course, it is impossible to be completely independent of the external market, but the fact of development should not depend on the external conjuncture. At the same time, the task was set to develop such a scenario for the development of the country that would take into account this circumstance.

Now I hear that we will switch to our own payment system, to pay for energy for rubles, it’s not for me to protest against this. But when I hear such a question being posed by people who are conceptually confident that these measures will lead to death, I have nothing to comment on. Something to say on this topic is only a callus on the tongue to rub.

It seems to me that such a formulation of a fork in the path of development is suicidal for the government. The economic bloc is in sharp contradiction with my understanding of what the Russian economy needs.

The government’s economic policy is atavism, not even appendicitis, but a tail. Under current conditions, the entire economic concept is an atavism, although of course, you can walk with a tail: a small one sticking out of your pants behind, I emphasize, behind. But dismiss the government or not - I will not comment on this question.

Ctrl Enter
Noticed oshЫbku Highlight text and press. Ctrl + Enter
We are
Interview of V. Putin to Channel One and the Associated Press AgencyHow can Russia survive and win in the 21st century?
Military Reviewin Yandex News
Military Reviewin Google News
85 comments
Information
Dear reader, to leave comments on the publication, you must sign in.