23 May 2014
34
High school students and students of institutions of secondary vocational education of the Voronezh region in May took part in weekly military gatherings, which are held in conjunction with the regional Department of Education, Science and Youth Policy with the Ministry of Defense of the Russian Federation. Military camps for conscripts were conducted in the framework of the general education life cycle course with the main focus on the practical development of skills for handling weapons, personal protective equipment, combat and physical training. 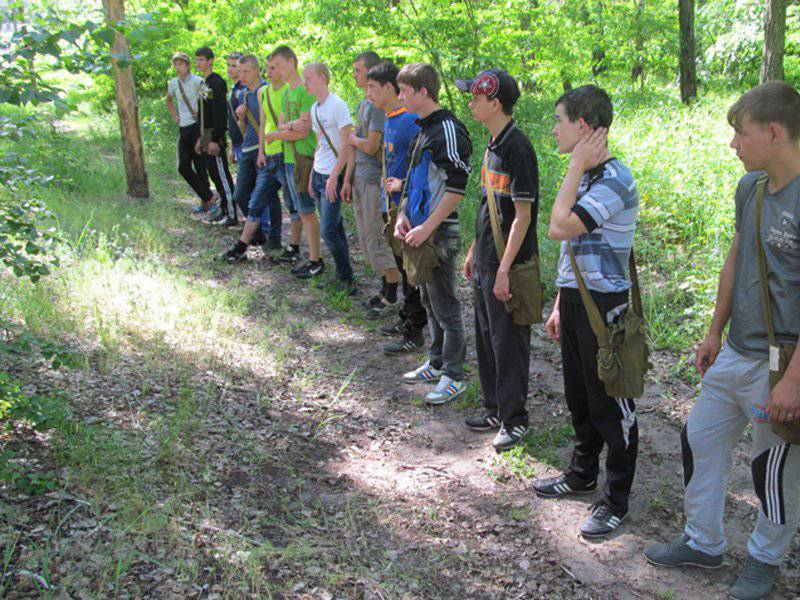 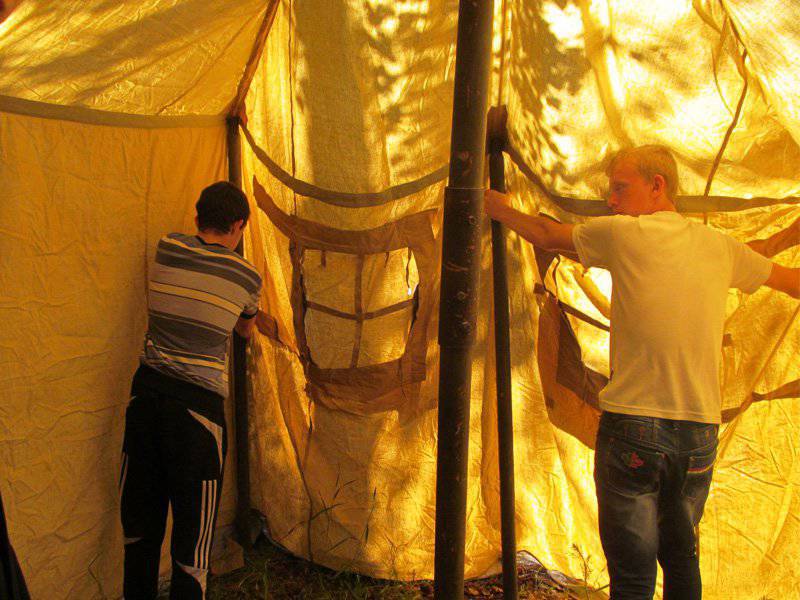 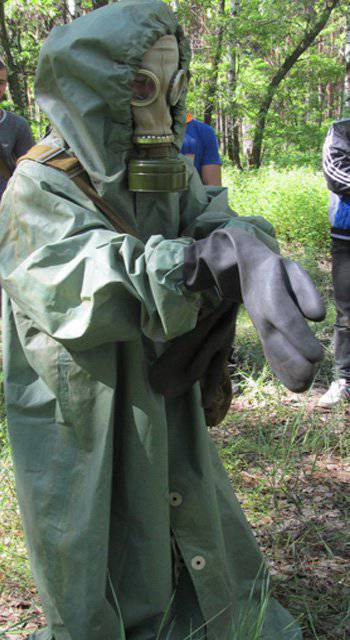 During the training camps, several hundred students and students, who in the near future will have to go to military service by conscription, formed platoons and got acquainted with the life of a modern soldier, visiting the locations of the fighters of one of the units of the Russian Air Force stationed in the Voronezh region. The sergeants and officers taught to the conscripts all those lessons, knowledge of which would not interfere with the performance of real military service: from the wisdom of making beds, placing personal belongings in bedside tables, correct sewing on chevrons and turnovers to telling about the actions of a soldier stepping into a daily outfit.

The culmination of charges was the firing of automatic weapons at a military training ground, which caused a real flurry of positive emotions among students and students, and at the same time, not in all cases - positive emotions from the leaders of the firing and representatives of the point of supply. 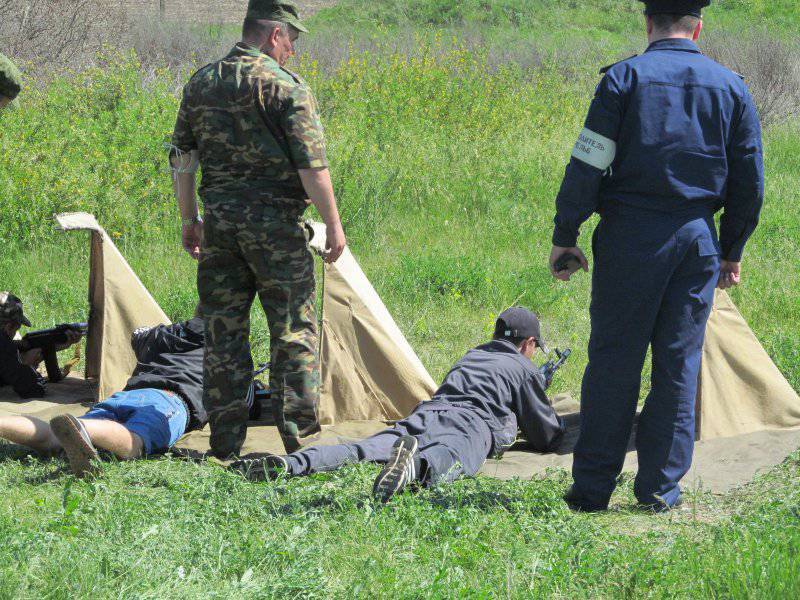 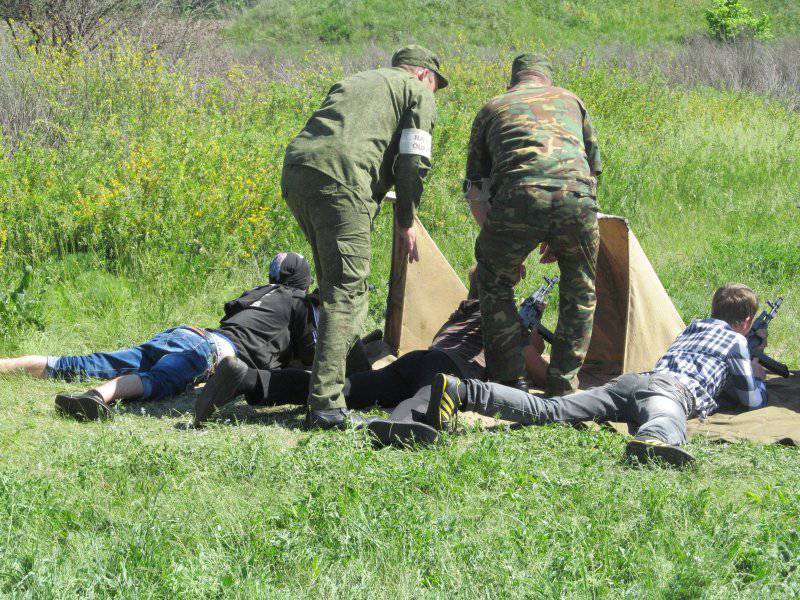 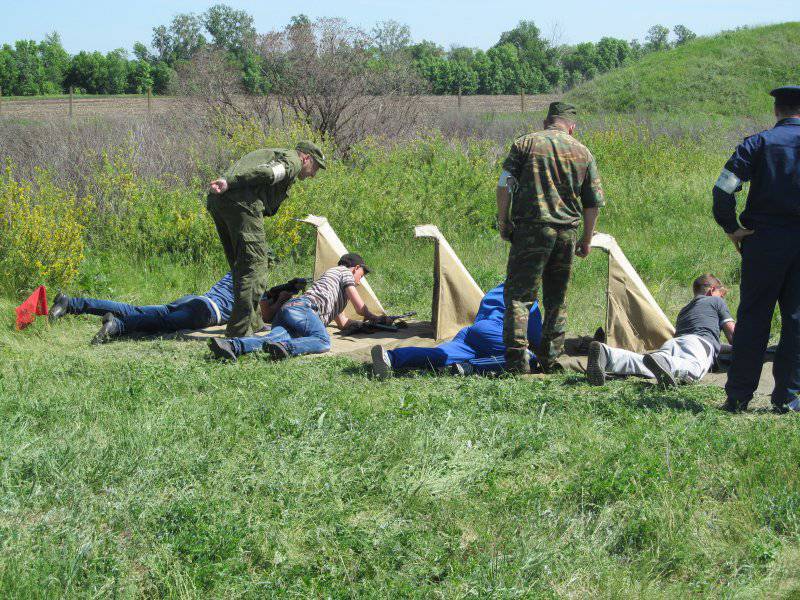 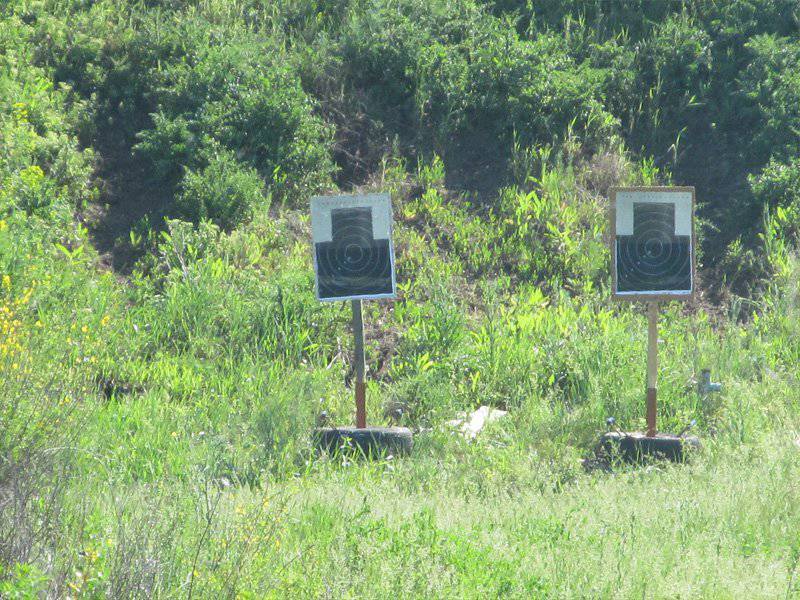 The officers note that the representatives of the modern young generation, with whom they have to deal at military gatherings, for the most part show a fairly high interest in military affairs. But professional servicemen also state that the level of pre-draft training, unfortunately, leaves much to be desired.

A tenth-grader shakes hands when he takes a machine gun at them, but sitting at the computer, the same person, without hesitation, shoots everyone out of virtual weapons
-
says one of the officers who control the course of military training.

Teachers of schools and colleges confirm the words of the military. The main reason for reducing the level of pre-draft preparation is not at all connected with the fact that “the generation is not right now” (they prefer to use this excuse in certain circles), but because the modern life-style lesson (BZH, BDZ) has to be directly stated It has little to do with the lesson of basic military training (CWP), which is well known to representatives of the older and middle generations.

It is military training that occupies a very modest place among all the topics with which specialists from the Ministry of Education and Science nourished such discipline as the protection of life safety (livelihoods). The main place in the program of the course is not given to the study of the materiel of weapons and the basics of its effective use, and not even the education of patriotism. Education bosses at one time decided that the country had no enemies, and therefore it suddenly turned out that it was better to introduce the study of sexually transmitted diseases and safety legislation into the program ... No one argues - the topics are topical ... But when studying STDs to pay more attention to the program than, for example, assembly and disassembly of an automaton, this suggests that the program really needs to correct “something” ... There are fewer cases of STDs, according to medical workers, recently carried He wanted to increase the number of lessons on the subject of "infections", and then the "shaking knees" before the shooting started in the youth. In general, the program, to put it diplomatically, while leads to dubious results.

But enough about the sad ... There are also positive moments, including the fact of the revival of more or less productive cooperation between the education authorities and the military departments, aimed at increasing the level of military training of high school students and students of various kinds of professional educational institutions (now they are organizations). But a few years ago, the leadership of each of the designated segments tried to pull the "blanket" over, which led to a complete rupture of quality relations and virtually complete elimination of the pre-conscription practical military training of students in training. Today, steps towards bringing the positions of the education system and the defense ministry closer are obvious - even if the steps are very, very timid, but still these are steps forward.

Ctrl Enter
Noticed oshЫbku Highlight text and press. Ctrl + Enter
We are
Inequality in education. Only affordable education will make Russia a strong state.For young people want to follow. Are there any prospects for youth policy?
Military Reviewin Yandex News
Military Reviewin Google News
34 comments
Information
Dear reader, to leave comments on the publication, you must sign in.