Western coalition increases the shock capabilities of its forces

25 May 2011
6
The Western coalition is increasing its impact capabilities on the Libyan front - London and Paris announced the deployment of several dozen attack helicopters to the conflict zone. According to French Defense Minister Gerard Longuet, British helicopters will be sent "in the coming days" and will be based on the helicopter carrier of the British Royal Navy Ocean.


According to the Figaro newspaper, another 17 of May from the French naval base in Toulon to the shores of recalcitrant Libya Mistral-class Tonnerre ("Thunder") helicopter headed for the 12 helicopters to the war zone. This information was confirmed by the French Foreign Minister Alain Juppe. According to him, the use of helicopters completely fits into the framework of the UN Security Council resolution 1973. According to sources, this will facilitate the conduct of hostilities, since Gaddafi’s troops are disguised as civilians, insurgents, using simple cars, hiding armored vehicles in residential areas. 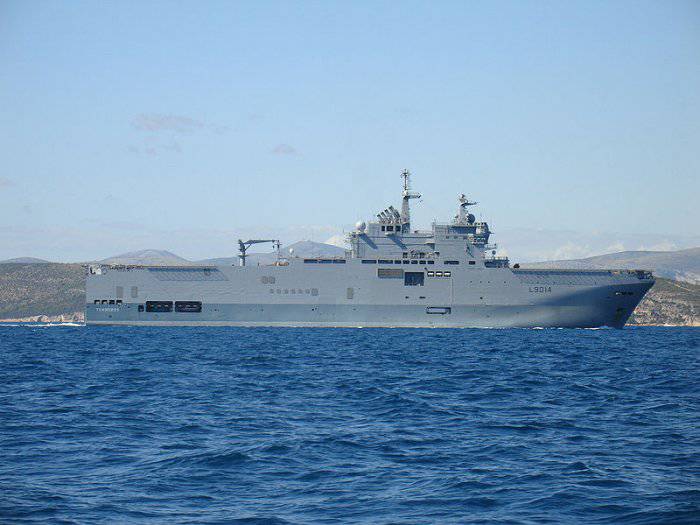 Reference: Ocean class Helicopter carrier, the contract for the construction of the Ministry of Defense of England was signed with BAE SYSTEMS in 1993. In September, 1998, he adopted. Its main task: fast delivery of marines, assault with the help of helicopters. The ship can accommodate 255 crewmen, 206 pilots and 480 crews. Flight deck size - 170м x 32.6м, designed for 12 helicopters EH101 Merlin and 6 helicopters Lynx, there are two forklifts for transporting helicopters from the hangar to the deck. From other weapons: four 30-mm cannons and 3 machine guns, radar weapons help to find and identify the enemy in advance at a distance of 500 km. 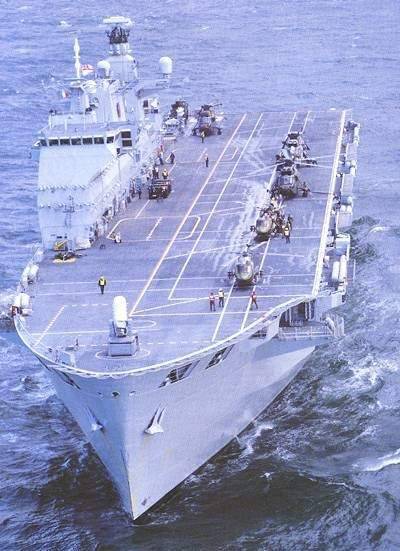 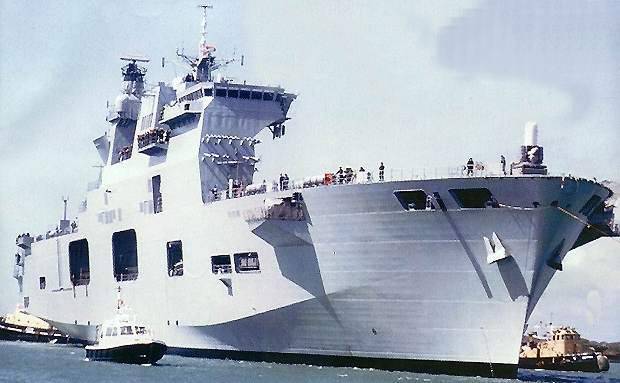 The Danish Ministry of Foreign Affairs has already criticized this decision - Foreign Minister Lene Espersen expressed the opinion that this is a violation of the UN Security Council resolution.

What does this decision mean?

- This is an extension of the scope of the operation, the next step, it will be quite logical, we should expect the landing of “peacekeeping troops”. First, "temporary", to eliminate the remaining warehouses with weapons, special operations, and then the placement of multinational "peacekeeping forces."

- Recognition of the fact that Gaddafi could not be brought to his knees with the help of air strikes and the Navy. Gaddafi’s troops were able to push back from Benghazi, but Misurata was still under attack, the “rebels” still could not defeat the Colonel. Aviation The West constantly bombards the position of the forces loyal to Gaddafi, supports the rebels with the supply of weapons, food, medicine, which is why they still hold on. Without the help of the West, the rebels would have long been crushed.

- The losses of the Western coalition may increase sharply, helicopters are more vulnerable, they fly within the reach of Igla-type manual MANPADS, and the Libyan army has enough of them. Even officially in Iraq for 2003-2007 years 17 attack helicopters were lost, in Afghanistan - 7 units, according to unofficial data, the loss is higher. In addition, Western helicopters rather quickly wear out in mountain-desert conditions, the Westerners themselves announced the loss of helicopters due to technical reasons.

Ctrl Enter
Noticed oshЫbku Highlight text and press. Ctrl + Enter
We are
"Dead Hand" by Colonel Gaddafi (photo)Chronicle of the Libyan War
6 comments
Information
Dear reader, to leave comments on the publication, you must to register.