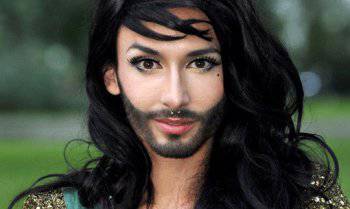 According to the Utro.ru, an alternative to the Eurovision Eurovision Song Contest is being created in Russia. As expected, the “Intervision” competition is to be held in Sochi in the fall of 2014.


From Russia on “Intervision” will be presented the winner of the competition “Five stars”, which will be held in Yalta on 12 June. The jury of the final selection for the competition: Igor Matvienko, Viktor Drobysh, Alexander Ivanov, Dmitry Malikov, Alexander Marshal, Larisa Dolina, Nadezhda Babkina and Crimea Minister of Culture Arina Novoselskaya.

“Once it was a great competition,“ Intervision ”. Now he is reborn again - this is wonderful. If our country chooses a worthy participant who will represent Russia at this competition, it will be even better, ”said Igor Matvienko.

“If we put Intervision in opposition to Eurovision, we’ll have a conflict. And we are not going to redo their values, we are not trying to persuade them. Each person can see both. Of course, our event will be different. But we will set the vector. And maybe it will turn out really great, just the way we think, ”the producer added.

In addition, RIA "News" reports that the Ministry of Defense of the Russian Federation has announced its alternative to the “bearded Eurovision Song Contest” - the festival-competition for children, which will be held on May 26 in the Cultural Center of the Armed Forces named after Frunze. The jury of the competition includes the Head of the Main Directorate of Culture of the Ministry of Defense of the Russian Federation Anton Gubankov, the ex-soloist of the Mirage group Natalia Gulkina, the parodist Alexander Peskov and other famous artists.

“In total, more than 300 applications were submitted for participation in the competition. Following the preliminary audition, the jury selected the 56 semi-finalists in the 7 categories. These are soloists and concert ensembles in different age groups. The best of them 26 May will reveal the winners of "Katyusha Junior", - noted in the message department.
Ctrl Enter
Noticed oshЫbku Highlight text and press. Ctrl + Enter
We are
Site "Military Review" - the winner of the contest "Glory to Russia"
Military Reviewin Yandex News
Military Reviewin Google News
77 comments
Information
Dear reader, to leave comments on the publication, you must sign in.