A. Wasserman: “Preserving a united Ukraine is the best option for Russia” 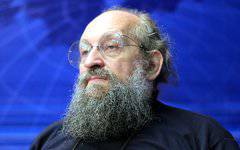 Joining only Donetsk and Lugansk will do little for both parties.When the Russian prime minister, in an interview with foreign media, voices the Kremlin’s position on global issues, it’s just a sight to see. He is serious, sure, logically consistent. No puzzling projectors and lyrical digressions.


But this is a collective position, developed, of course, not by him. In his competence in general, for the most part internal matters. The foreign policy of Russia, as every conscientious schoolboy knows, is determined by the President of the Russian Federation.

So, the Bloomberg TV journalist could talk about with the same success, for example, with Dmitry Peskov, yes, in fact, with any ideologically truly savvy character - even though the singer Valeria. Since Dmitry Anatolievich didn’t say anything new in his theses on Ukraine. Everything is exactly the same as his senior colleague said, including on the eve of his visit to China.

This clarification is important because rather weird responses from quite at first glance serious and sane people have already appeared on the network, which, they say, Medvedev has “reborn”, “does not look like himself” in the same way.

But, let's say, his answer to the question asked “head on”, is Russia going to guarantee the territorial integrity of Ukraine, does it not repeat (albeit in other words) Vladimir Vladimirovich’s thesis? Which was relatively much more “merciless” about Ukraine’s “territorial integrity” six years ago at a closed session of the Russia-NATO Council.

Then, if you believe the sources of Kommersant, Putin said that if he joined the North Atlantic Alliance, Ukraine would cease to exist as a state. And he immediately put the accents: it will be the choice of Ukraine, Russia is not a priori.

Russia, in fact, was generally satisfied with the “status quo” that existed in Ukraine, with the exception of certain rather painful moments, which, however, were resolved through diplomacy. But ... it came out as in that joke: "We knew, the Padluks, that we will do it anyway."

- The Russian Federation adheres to the principle that the direct will of the people should be the supreme law for any politician. And, accordingly, within the framework of this position it is impossible to give guarantees that any region that has expressed such a desire will not be accepted by Russia.

But this is the formal side of things. As for the substantive side, it would be advisable for the Russian Federation to preserve the united Ukraine, but in the form of a federation, where the regions themselves determine which powers they would give to the Center, and which ones would be left behind. The current government of Ukraine, of course, will protest against this with all its might, but for the Russian Federation this option would be the most profitable.

Dmitry Medvedev, in passing, expressed a vague hope that the upcoming elections in Ukraine, which Russia does not seem to recognize, can still help stabilize the internal political situation. This is true?

- Not. First of all, it should be taken into account that, as a result of several decisions taken by the Supreme Council of Ukraine 22 in February of this year, his own activity, from this moment on, became legally void.

In particular, the decision taken to appoint the presidential election on 25 in May is legally void. Whoever proclaimed them as the new head of state, but the real president of Ukraine until February 25 2015 remains Viktor Yanukovych and no one else. Accordingly, whoever will be named the winner of the May 25 performance will be just one of its actors.

And since the forthcoming play entitled “Elections” itself clearly does not aim at uniting Ukraine around some of its own goals, but its final transformation into an instrument for the destruction of the rest of Russia, it is obvious that the elections will not only not complete the conflict, but only only facilitate its further development.

And yet, Russia can let it “through force”, but still recognize the results of elections in Ukraine?

- It is impossible to exclude such an option, but in general it should be clear that any concession from the Russian Federation will be considered by the Washington organizers and the Kiev revolutionists as an excuse for putting forward new and new demands on Moscow and putting pressure on it.