"The arms race is necessary and inevitable" 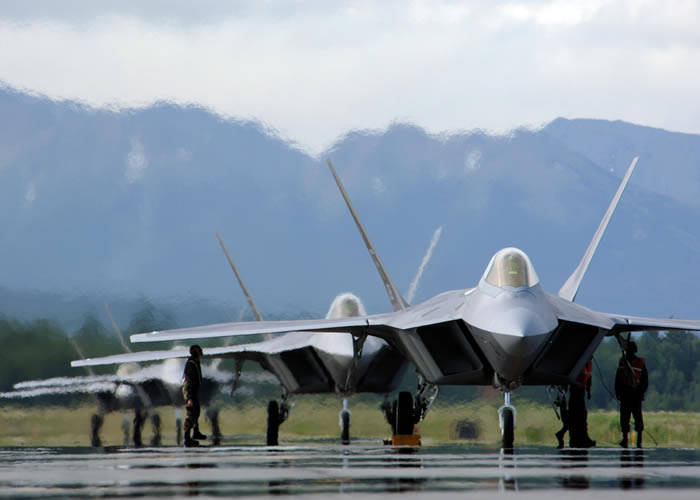 While Russia was strenuously preparing for the next “end of the world,” while anxiously glancing at the sky and the anomalously large sun, in the offices of the General Staff of the Russian Federation, people with serious epaulets pretend the likely end of the world scenario is much more real, albeit on a slightly smaller scale.

Indeed, the conclusions of the deputy head of this department and, concurrently, the head of the Main Operational Directorate of the General Staff of the Russian Armed Forces, Andrei Tretyak, are simply broken with their hopelessness: by 2015, Russian intercontinental ballistic missiles can be easily melted into pans and coffee makers, since their use will lose all meaning. By this year, as expected, the missile defense system deployed by the Americans will be able to shoot them down and, accordingly, the presence of such missiles will simply lose all practical meaning.

The United States, as we remember, reassured us at the official level - they say, it’s not about your honor, guys, we are saving the world from the Iranian threat, we will force evil terrorists to silence, not sow death and get into the ideas of global democracy. However, the head of the General Staff of the Russian Federation, Nikolai Makarov, noted that he simply does not believe in such fairy tales. Is it easy to believe when anti-missile systems are being built at such coordinates that it is not quite clear how Iran is.

Concerned about the activity of "colleagues" was the head of state Dmitry Medvedev, who at a recent press conference in Skolkovo expressed the view that Russia "takes note" of NATO reports, but at the same time "wonders." The president mentioned the cold war with arms race and diplomatically expressed regret that this scenario would have to be resorted to.

Today, the statements of the first people of the Russian General Staff are remarkable (if not unique) by the fact that earlier the Russian military leadership categorically rejected the danger of foreign missile defense for our defense. The officials in the Ministry of Defense assured that our present missiles are already capable of overcoming any missile defense in the coming 15-20 years, and even new - and even more so. In particular, such a statement was made by the commander of the Strategic Missile Forces, Lieutenant-General Sergei Karakaev. He advertised new systems with RS-24 Yars missiles - they are able, in his words, to overcome any missile defense. But these reports seem to evoke a whole range of emotions in his colleagues: from a wry grin to despair.

For now, the question on the agenda is: with or without us, will the West deploy its missile defense systems on our borders? The answer to this question, according to the president, will give the corresponding vector. In the meantime, “dear colleagues” are silent and give us a kindly opportunity to interpret silence in different ways: “we haven’t decided here yet,” or “well, you yourself understand everything ...”.

Candidate of Philosophy, Head of the Department of Sociology of International Relations at Moscow State University, and leader of the International Eurasian Movement Alexander Dugin shared their recipes for the actions of the Russian leadership in the current nervous situation with KM.RU.

- It is necessary to correctly assess the balance of power and understand that the capabilities of the enemy at this present stage are significantly ahead of the Russian military potential. Based on this, it is necessary to draw the appropriate conclusions and actively seek allies. The Russian elite lack a sufficient understanding of the threat from NATO and the West in general.

There is a serious struggle between two civilizations, on the political, economic and spiritual fronts. The West is definitely attacking Russia. After all, defense is a form of attack. In the conditions of a unipolar world, it is almost meaningless to take any retaliatory steps against the aggressor. For this, a multipolar world is needed, not even a bipolar one, let me emphasize how it was under the USSR during the Cold War.

Russia must urgently and unilaterally withdraw from all agreements that forbid us to cooperate with Iran and other strategic allies. It is necessary to unite with the East, with Latin America. The support of these countries in building up their nuclear potential is extremely important. There should be several nuclear powers that would provide the desired multipolarity in geopolitics. Then, perhaps, even with the help of blackmail, it will be possible to force the United States to abandon the idea of ​​world domination and dictate its conditions of development to the world.

All these threats from the mouth of the president are the words of a man who is living out his political life and trying to save face ... When Medvedev declares: "If it turns out that these missile defense systems were built against us ..." - is he holding all of the idiots? Was it initially incomprehensible to our liberal elite, against whom is the construction of a missile defense system being carried out directly at the borders of Russia? Can you believe it?

Is the same история and with the Middle East, which Russia is not only unable to support and rescue from Western aggression, but also by participating in signing criminal resolutions helps to finish off and dismember by some intention ... But it is precisely in the Middle East that the countries of northern Africa can rely on with US hegemony. The notorious arms race is necessary and inevitable. Russia should become the organizer of a broad anti-American coalition.