Europe on the verge of energy starvation 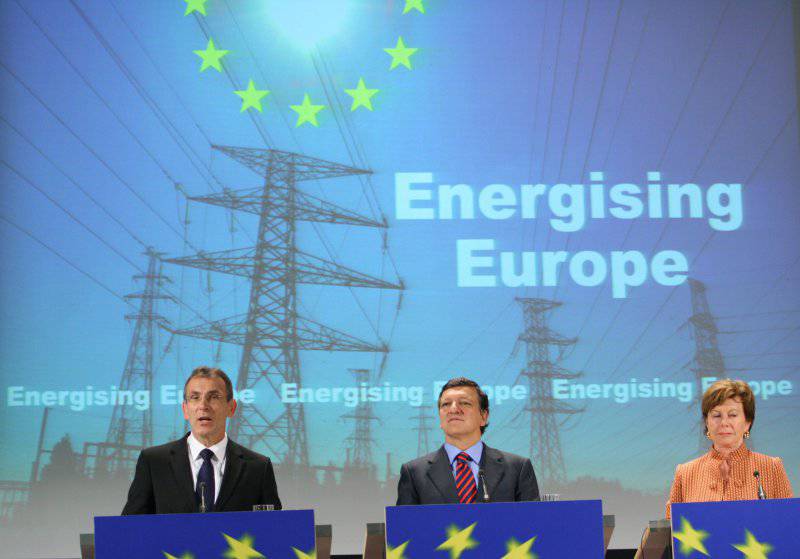 In the era of global warming, even a child knows that the Earth’s resources are limited, and in a few decades, humankind runs the risk of being left without oil, coal, gas and other minerals. They take this into account in the cabinets of ministers, making global decisions about war and peace. True, these decisions are not always reasonable: Europe, for example, has decided to abandon Russian gas, despite the fact that it cannot provide itself with energy.

The main weakness of Europe is the lack of natural resources. For too long a person carries out continuous economic activity in this part of the world. Even during the Middle Ages, vast tracts of forest were cut down, and large-scale mining began in the 19 century. Of course, such a disregard for nature has caused pollution of water bodies and the massive death of living organisms.

Today, Europe is experiencing hard times: many industrial areas have fallen into disrepair, the earth has been depleted, hundreds of species of fish, birds and animals have been exterminated, and unique natural landscapes have been destroyed. And this is far from the end: according to the British Institute of Global Sustainable Development, in the coming decades, coal, oil and gas reserves in Europe will completely run out, and the inhabitants of this part of the world will face energy hunger. And there too, and to this famine close.

The Institute’s specialists warn that the UK’s own natural gas reserves will disappear in three years, all coal will be mined on the island in four years, and oil will run out in five years. France will be even worse: in a year, the production of coal, gas and oil there will be reduced to values ​​close to zero. Perhaps a worthy retribution for imperialism: while England ruled the seas, her steam fleet needed enormous quantities of coal, while France constantly tried to establish itself in the world as opposed to the British crown, and spent enormous resources on the maintenance of the army and fleet. Also, one should not forget that capitalism originated in Western Europe, and it was here that the energy-intensive heavy industry appeared.

Germany, which was a backward European outback before the Bismarck reforms, is doing better: its coal reserves will last for 250 years. In Germany, the Nizhnereinsko-Westphalian coal basin is located, thanks to which Berlin received economic advantages immediately after the formation of the North German Union. We can observe the same picture even now: while Western Europe is experiencing the deepest systemic crisis, relative stability remains in Germany. In the future, Berlin may become the main supplier of coal to its western neighbors, putting them in a dependent position.

The situation is not bad in those countries that have never reached brilliant heights in heavy industry, and therefore did not expend resources in excess of the norm. Such countries, for example, include Bulgaria, whose coal reserves, according to employees of the Institute for Global Sustainable Development, will be enough for the 34 year. Poland is worse off: in the 80s, it occupied the 4th place in the world in terms of coal production, but after the coal boom the reserves of minerals declined significantly. Now Poland produces mainly brown coal, since during combustion it emits more energy than stone.

But Germany, Bulgaria, and Poland have nowhere to extract gas and oil. In less than a year, in both countries, the reserves of these minerals will run out. Energy hunger will slow down economic growth, and force you to look for partners in regions rich in "black gold". In particular, the dependence of European economies on Russia will increase.

Mediterranean states are likely to purchase hydrocarbons in North Africa and the Middle East - in Algeria, Libya, Saudi Arabia, Qatar and the United Arab Emirates. It is possible that the Arab monarchies, primarily Qatar, will try to penetrate the Balkan Peninsula, including Romania and Bulgaria, washed by the Black Sea: the Arabs plan to build several terminals on its shores for receiving gas carriers. But this project may remain on paper, since the degree of tension in the Black Sea basin is unlikely to decrease in the coming decade.

The north-western part of Europe will be dependent on Norway - Russia's direct competitor on the Atlantic coast. Also, Americans may appear on the European gas market - now the US has no opportunity to plant Europe on an “oil and gas igloo”, but Washington has already openly declared such intentions and is preparing for the economic enslavement of Europe under the guise of its salvation from the clutches of the Russian bear. However, the leaders of European countries understand how the friendship with Uncle Sam can end, and so far refuse from deceptive overseas proposals. Indeed, Russia is closer, and ties with Gazprom have long been established.

With the rapid reduction of energy resources for Europe, there is a third way - the use of alternative energy sources. However, this option seems to be absolutely fantastic, because renewable energy does not pay for itself, and the state is forced to subsidize its development: only Germany spends about 32 billion dollars annually for solar and wind power plants to continue to work.

According to Sigmar Gabriel, Minister of Economics and Energy of Germany, subsidies for "green" energy have reached a critical point, and can no longer rise. The European Union should urgently look for cheap sources of energy, otherwise "Europe is threatened with de-industrialization."

Ukraine is a bargaining chip, or How the United States puts a spoke in the wheels of the European economy

In the conditions of the deepest energy crisis that Europe faced, the United States is starting a difficult game, the main purpose of which is to push Russia and the European Union together, eventually weakening both Moscow and Brussels. The latest events in Ukraine fully comply with this logic. Washington chose Ukraine as a sacrifice to the slaughter and tried to turn it into an apple of discord between East and West.

Fortunately, European politicians are aware of the fact that blackmailing Europe with the help of Ukraine is just one of the episodes of American political and economic aggression against Russia and the European Union. For this reason, Berlin, London and Paris are in no hurry with the help of the Kiev authorities, fearing to spoil relations with Moscow. For objective reasons, Ukraine is the enemy of the European Union, because it prevents the building of a powerful economic union between Western Europe and Russia, but Brussels cannot dismiss the Kiev authorities as an annoying fly: the United States exerts strong pressure on European leaders. opinions.

For example, now Washington is actively setting Poland and the Baltic countries on Germany, which is in dire need of Russian gas. Say, Berlin does not adhere to "universal agreements", and refuses to impose sanctions on Russia, despite the fact that Germany did not undertake any obligations, and is free to determine the vector of its foreign policy.

Using destabilization in Ukraine as a cover, the United States is able to completely cut off gas supplies to Europe, accusing Moscow of everything. To do this, it is enough to make several calls to Kiev, and the main pipelines will stop working. This will play a role in the deterioration of relations between Moscow and European leaders, and will be useful for the United States.

In general, the European Union was in an extremely disadvantageous situation. Growth resources of European economies are exhausted, and in the USA they know about it. Now the main task of Washington is to isolate Europe from the supply of fuel from the outside, monopolizing its market. True, the White House silenok is not enough: there is no necessary infrastructure, and the volume of gas production in America is not yet so great as to flood Europe with “blue fuel.” But to annoy the hunt ...

Ctrl Enter
Noticed oshЫbku Highlight text and press. Ctrl + Enter
We are
Situational analysis of the death of the MH17 flight (Malaysian Boeing 777), made on the basis of engineering analysis from 15.08.2014Results of the week. “Everything in nature is tied up and twisted”
Military Reviewin Yandex News
Military Reviewin Google News
66 comments
Information
Dear reader, to leave comments on the publication, you must sign in.