Kiev wants to fly over Russia

21 May 2014
294
The so-called Kiev authorities, through the OSCE channels, appealed to the Russian authorities to provide an opportunity to conduct an observation flight over the territories of the Bryansk, Rostov, Belgorod and other border areas in order to make sure that the Russian troops after the exercises really move away from the border. Reports about it RIA News.


MFA of Ukraine:
The Ukrainian side hopes that the Russian Federation will confirm its readiness to accept the observation mission of Ukraine under the open sky treaty. The purpose of its conduct is, including the verification of information on the withdrawal of units of the RF Armed Forces from the borders of Ukraine announced by the Russian leadership.

Against this background, Ukraine’s appointed Acting President Oleksandr Turchynov declares the beginning of the “final stage” of the so-called antiterrorist operation in the southeast. Turchinov voiced such information in the city of Izyum (Kharkiv region), which became the coordination base of the punitive operation of the Ukrainian security forces. 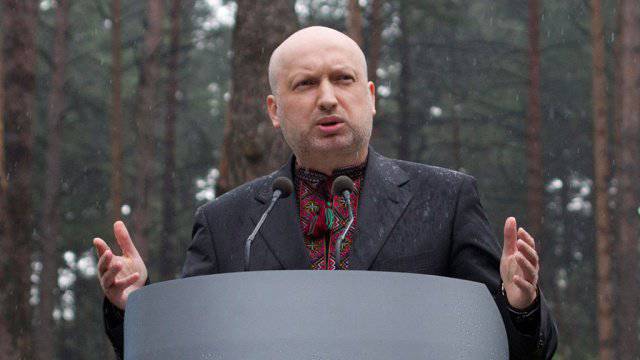 The Speaker of the Rada, he is the Acting President of Ukraine, Turchinov announced that before the beginning of the voting in the presidential elections, the Donetsk and Luhansk regions will be completely “cleansed of terrorists”. At the same time, Turchinov said that the “cleansing” would be carried out without storming the cities of the south-east of Ukraine.

Ctrl Enter
Noticed oshЫbku Highlight text and press. Ctrl + Enter
We are
Completed a surprise check of the troops of the Central Military District
Military Reviewin Yandex News
Military Reviewin Google News
294 comments
Information
Dear reader, to leave comments on the publication, you must sign in.