Ukraine is threatened by the "Yugoslav scenario" 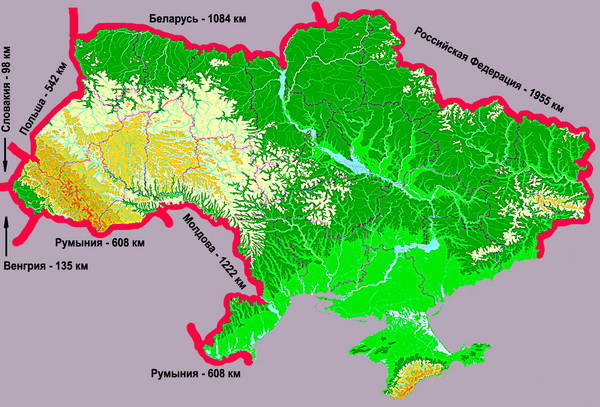 Ukraine may well repeat the fate of Yugoslavia in the coming years, the country may lose a number of territories - Romania and Hungary have territorial claims, and they express them more and more. Kiev needs to say Moscow thanks that it also does not raise the question of the eastern part of Little Russia and the Crimean peninsula. In addition, there is its own Kosovo - the problem of the Crimean Tatars. The explosion can provoke, in principle, at any time, it is enough for the special services of Turkey and the USA to “work” on the issue. After this, a scenario of interference by international forces under the auspices of the UN or NATO is already likely.


The Ministry of Foreign Affairs of Hungary demanded an explanation from Kiev regarding the “survey” of residents of Transcarpathia, citizens of Ukraine, who applied for Hungarian citizenship. Budapest demands “to respect the legal and civil rights of ethnic Hungarians living in Transcarpathia”. According to the Hungarian Foreign Ministry, the Ukrainian Security Service has a psychological and even physical impact on the Hungarians, the citizens of Ukraine. A closed meeting of the Committee on Foreign Affairs and National Unity of the Hungarian Parliament was held in Budapest on this issue. State Secretary of the Ministry of Foreign Affairs of Hungary Zsolt Nemeth also stated: “Budapest will not tolerate such treatment with Hungarians! ..”

All the fuss broke out due to the fact that 1 January 2011, Hungary adopted a new law on citizenship, according to it, all Hungarians living outside the country can now obtain citizenship under a simplified scheme. As a result, only from January to the end of April 2011, applications for a Hungarian passport were submitted by about 70 thousand Hungarians (almost half of the Hungarians of the Ukrainian Transcarpathia). Although they violate the law of Ukraine - there is a ban on dual citizenship. The SBU is essentially occupied by the internal affairs of Ukraine, the Hungarians actually renounce Ukraine’s citizenship, and a Hungarian enclave is formed in the south-west of the state. It may well be used to begin the process of dismembering Little Russia, it may not be a simultaneous catastrophe, like the collapse of the USSR in 1991, and stretched out for many years - “chicken by grain”.

Interestingly, in Ukraine they only celebrated the “Day of Europe”, Yanukovych, continuing the words of the former Ukrainian leaders, reiterated that Kiev continues the course towards European integration. And on May 19, the Verkhovna Rada by a majority voted for the Free Trade Zone with the EU, failing Moscow’s plans to include Ukraine into the Customs Union. Maybe then anyway, who will have to give a bit of land ?! Anyway, there will be a united Europe. True, this united Europe is currently in a great crisis, in fact all the countries of Southern Europe are bankrupted - Greece, Italy, Spain, Portugal. Only recently, at the congress of the Christian Democratic Union (CDU) ruling in Germany, Chancellor Angela Merkel came out with very strong criticism of the "quitters" of the South of Europe. She expressed the opinion of the Germans that the Southerners work a little, retire early, have long vacations, and concluded by saying: "We cannot endlessly show solidarity and agree that these countries (Greece, Portugal and Spain) continue to act as before. Germany will help, but Germany will help only when they themselves begin to make some effort. And not only in words, but also in deeds. " Berlin is bored of dragging the economy of Europe on itself; without other countries, it would be easier for the Germans. And taking Ukraine, with its heap of colossal problems, during the world crisis, which is only gaining momentum, is completely silly.

Moreover, a significant part of Western Ukrainians are not against inclusion in the EU, for example, in the city of Beregovo a referendum was held on renaming the city, on returning the name to it, which was before the Second World War - Beregsas. Half of the population of the city are Hungarians, but the second is Ukrainians, but the referendum on renaming was successful - so to say, “the first step”, the next will definitely be a referendum on the autonomy of Transcarpathia and Bukovina, and there it is not far to “self-determination”. In Romania and Hungary, they will be supported; in Romania, the issue of “lost territories” in the press and among politicians is regularly raised.

In Romania, since the collapse of the Soviet Union, the question of Bukovina and Bessarabia has been raised; now it is the Chernivtsi region and the western districts of the Odessa region. By the way, in these areas, citizens of Ukraine also massively receive passports, only Romania. In Romania, this operation was extremely simplified - no knowledge of Romanian is required, you only need to have a birth certificate of one of the ancestors in the territories of pre-war Romania. As a result, only in Bukovina “new Romanians” there are already more than 50 thousand people.

Another problem in Kiev is the Rusyns, their movement refuses to consider themselves Western Ukrainians, against the introduction of the Ukrainian Newspeak. They may well be supported in the West, in the same Hungary.

- In Little Russia, there are processes similar to the "scenario" with the Yugoslav ones - a collapse along ethnic lines. The main fault lines: East and Crimea to Russia; Crimean Tatars are the “Albanians” of Ukraine, the scenario “Kosovo”, “Chechnya”; Border regions with Romania and Hungary are gradually moving away under their “wing”, Kiev is losing more and more levers of influence every year. There are also Galicians, the East and the Center of Ukraine are alien to them, they are for full integration with Europe.

- The Armed Forces of Ukraine are optimized by endless reductions, reforms, and, due to constant underfunding, they almost do not conduct combat training. The Navy can be said to exist only on paper, the army is going to cut even more. Therefore, soon the Ukrainian Armed Forces will not be able to defend even the border areas during the invasion of the armies of Romania and Hungary.

- The country's infrastructure is terribly worn out, huge investments are needed for its modernization, major overhaul, replacement. There is no finance in the country, or Europe can help, but it has its own problems, why solve Ukrainian problems is not clear, or Russia, but why it doesn’t understand it, it’s also not clear, we are not just one country now.

- Kiev pursues the policy of “sly chick two queens sucks,” focusing simultaneously on the EU and Russia, and even on the United States. The result of sitting "on three chairs" will definitely be disastrous.

- The population is dying out at a faster pace than in the Russian Federation, which clearly indicates the quality of management of Kiev. Small Russia has the lowest population growth in the world: at present, the population of 45 million people, according to UN forecasts, only 2030 million people will remain Ukrainians by 39 year. For comparison, in 1992, the population of Ukraine was more than 53 million people. Ukraine over the years of the “reforms” has lost only direct losses - 8 million.

- For the EU, it is foolish to attach Ukraine to you, you will need to swell fantastic amounts, with a vague prospect of return. The big question is whether the EU will survive the current global crisis. It is easier to go on the dismemberment scenarios and in parts to include the lands of small Russia in Hungary, Romania, Poland, to create several new “independent” states.

The only way to preserve integrity, to solve their problems, to secure frontiers is to go for decisive integration with Great Russia. If this is not done, Russia will be forced to return to unity, integrating the East into itself, perhaps the regions of the Center, the Crimea, otherwise they will be lost. History repeats ...

We are in Yandex Zen
Transcarpathia may follow the Crimea and the Donbas
Carpathian geopolitics of Hungary: the collapse of the Ukrainian statehood gives a rare chance
73 comments
Information
Dear reader, to leave comments on the publication, you must to register.