DNR is ready to go on the exchange of hostages 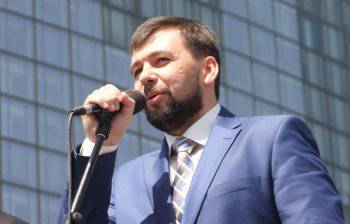 According to the ITAR-TASS, Chairman of the Supreme Council of the Donetsk People's Republic, Denis Pushilin, announced his readiness to begin a dialogue with Kiev on the exchange of hostages and the withdrawal of troops from the territory of the DPR.


“At the moment, dialogue with Kiev is impossible, there’s no one to talk to. If we discuss anything, the first will be the issue of the exchange of hostages and the withdrawal of the occupying troops from our territory (Donetsk Republic), ”he said at a recent briefing.

In addition, he stressed that the leadership of the DPR is ready for possible provocations and attacks on activists of the republic. “I do not rule out that provocations can be also against me,” Pushilin said, stressing that if “I didn’t have me, there would be someone else.”