The inevitability of decay 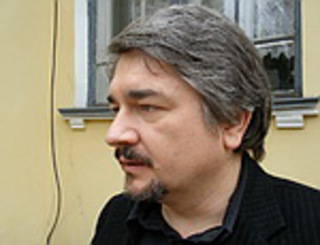 Rostislav Ishchenko, President of the Center for System Analysis and Forecasting, commented on the latest events in Ukraine on his page on the social network:


Recently, I receive in a personal many messages in the style of "all is lost", "Putin passed all of them", "Donbass merged", "The State Department outplayed all." I answer all those who write at the same time, because I cannot waste time on everyone.

I am not an astrologer, not a fortune teller or an oracle. I used to operate with facts. What do the facts say? Firstly, if the Americans in Ukraine would have everything in the openwork, they would not have incited civil war. It would be more effective to use a holistic and united Ukraine as a ram against Russia. The Americans are stirring up a civil war. It means that they do not expect to keep Ukraine united or integral. Romania and Hungary in the open, and Poland so far silently began to look closely at the territories once lost in favor of Ukraine. Leading EU politicians unofficially (but in such a way that it becomes public property) speak about the inevitability of the collapse of Ukraine and about the EU’s readiness to guarantee its Western (only Western) regions. It is easy to understand who is invited to guarantee the rest. The victory of the junta, meanwhile, involves the preservation of territorial integrity. It means that the EU does not count on the victory of the junta. In Washington and Brussels, which is worse for us to assess the situation, they have less information? I do not think.

Secondly, for fourteen and a half years, during which Putin has been in power, I (and in my opinion not only myself, but many domestic and foreign observers) singled out his following features:

1. He does not do anything spontaneously. All his steps are interrelated and calculated. It happens that in the years ahead. This does not mean that Putin and his team do not make mistakes, but they allow them much less than their opponents (and their mistakes are not strategic), and in war, in politics and in chess, as a rule, the one who allows fewer errors, and whose errors are not disastrous.

2. Putin tightly linked his political and personal fate with the revival of Russia's greatness. By nature, he is a man who can bend, retreat, never gives up and never loses sight of his strategic goal. If Putin fights at Stalingrad, this does not mean that he will not enter Berlin.

3. Everyone understands that the loss of Ukraine will mean a fairly rapid destabilization of Russia, too, with a high chance of developing into a catastrophically rapid disintegration of the state. I think that what is clear to all, all the more clear to Putin.

4. Never, without Russian support (not only moral), an uprising in the Donbas would not have happened and would have not become so comprehensive. The fact that there is no evidence of such support does not mean that it was not there, just people know how to work.

5. After Crimea was annexed to Russia, the annexation of the Southeast or the creation of a Russian protectorate there became a military-political inevitability. Military, because by virtue of its geographical location and landscape, Crimea is completely unprotected, without the control of the mainland. In order to simply control the coast suitable for landing large forces along its entire length, clearly excessive forces (at least one hundred thousand people) must be concentrated in the Crimea. And it still won’t help. Only in the twentieth century, Crimea was captured four times in a short time and by smaller or equal troops. In 1920, Frunze threw 120 thousandth Wrangel army into the sea. In 1941, Manstein defeated in the Crimea a group of Soviet troops, numbering from 200 to 350 (according to various sources) thousand people. in 1942, the same Manstein, fighting on two fronts, defeated the Crimean Front on the Kerch Peninsula and the Primorsky Army in Sevastopol. The total number of troops defeated by him is over half a million people. But before that, the Germans could not prevent the Kerch-Feodosia landing operation, the unification of the bridgeheads and the creation of the Crimean Front. Meanwhile, the mentioned defeat by Manstein, which is significantly superior in quantity and quality (in military technology) to the grouping of Soviet troops, if necessary, to fight on two fronts, indicates that this was a first-order military talent. And even he could not prevent the free landing of large forces in the Crimea. Finally, in 1944, the 17th German Army, with a total number of 170-200 thousand people, before which it had been successfully defending itself for almost a year from the Soviet forces in the Kuban many times more, was immediately defeated in Crimea by equal forces of the Red Army immediately after as Soviet troops occupied Northern Tavria. The political inevitability of the destruction of the Ukrainian state is due to the fact that no Kiev regime recognizes the loss of Crimea. So from the international legal point of view, Russia's position will remain vulnerable to historical perspective (Japan has much less reason to claim the South Kuril ridge, and how many problems with it!). But in the event of the disappearance of the modern Ukrainian state, it does not matter at all whether there will be Russian provinces, mandated territories of Russia and the EU or some new state formations - in any case, all this will be created already in a new political reality (with Russian Crimea) and will have to recognize this reality. This means that not only control over the Southeast, but also a trip to Kiev is inevitable (otherwise the junta cannot be driven out).

6. The United States tried to force Russia to take a direct part in the military conflict on the territory of Ukraine. The goal is to drive a wedge between Russia and the EU. It was possible, of course, to spit on it and still send troops, but the geopolitical costs would be extremely high. Putin decided to pursue his goals during the civil war in Ukraine. From the point of view of the interests of the citizens of Ukraine (including mine), this is an extremely unpleasant decision. From the point of view of state interests of Russia - logical. In addition, it is in line with the traditional policy of Putin - he never makes decisions calculated by opponents. It is characterized by the unexpectedness of political moves. The largest contemporary politicians and the most talented experts do not undertake to predict Putin’s moves.

7. In light of the above, with all due respect to the leaders of the resistance of Donbass, I doubt that Putin did not provide for duplicate mechanisms, in case of an unexpected change in the position of Gubarev, Strelkov (someone else) or, for example, the death of one of them or their companions or even all of them. The fate of a superpower, the result of its long-standing policy, cannot depend on one person or a group of people. The result of such an operation, as it is now being conducted in the South-East, should be repeatedly guaranteed. The stakes are too high. There is no place for chance and improvisation. Therefore, the Donbass cannot merge until Putin so decides, and so far Putin clearly has no point in making such a decision.

8. Negotiations with Kiev, Brussels and Washington on a peaceful settlement are not excluded, but for now they are not ready to give Russia what it needs and cannot (as Turchinov would agree with the loss of the Crimea, federalization, bilingualism, neutral status, etc.? his own militants will be killed.) Meanwhile, the gas issue must be resolved before August, otherwise Europe may face an economic and political crisis in the winter, which the EU will not survive. Russia needs the EU not as debris covered by civil war (as Ukraine is now), but as a partner. Therefore, the probability of a military solution to the Ukrainian crisis by attacking the army of the South-East to Kiev is very high. If Kiev is taken, then it must be assumed that Brussels and Washington will be fully negotiable on the demarcation line in Ukraine dividing Russia and the EU (namely the EU, not the US and NATO) along the Ukrainian-Polish border 1939 of the year. In this case, the sovereign Ukrainian state will rather quickly end its formal existence. In the event of developments in any other scenario (for example, the junta managed to keep Kiev), the elimination of Ukrainian statehood will be delayed for a longer period, the EU may face serious problems and even lose the Balkans, but Ukraine will still be eliminated, since it can only exist external financing, and now it will be cheaper to forget about the existing Ukrainian debt, due to the disappearance of the debtor, than to lend further.

9. The patriotic upsurge in Russia and the immediate rise of Putin’s ratings, as a response to effective policies in the Ukrainian direction, will give way to disappointment, irritation and a denial of trust if Putin makes unjustified concessions. Since, until now, the entire vertical of power in Russia and all of Russian stability rests solely on Putin’s authority, Putin’s loss of authority will have disastrous consequences not only for him, but also for the country. Consequently, he cannot emerge from the Ukrainian crisis in a different way, except as a clear winner.

That is, in fact, all the considerations and observations that inspire me with optimism on the strategic resolution of the Ukrainian crisis, but they suggest that blood will still be shed and persuade colleagues to be careful not to bother about it, especially in cities completely controlled by the junta (like , for example, Kiev). And it is generally better, if possible, to look for quieter places. In the context of the geopolitical confrontation of the superpowers, the lone hero does not change anything. Even during the Great Patriotic War, the underground only operated effectively there, where it was connected with Moscow and received centralized instructions.

Once again, I am not a predictor, I may be mistaken, but so far the development of events fits into the logic of the processes and considerations described above. All the rest is emotions caused by the fact that everyone wants to win with a little blood on foreign territory and yesterday, but, unfortunately, this is not always the case. The enemy attacks only when he believes that he is prepared enough to be guaranteed to win, that he is stronger.

And one more thing, do not think that victory is predetermined. The enemy also wants and can win. If our advantage were obvious, he would not attack. Therefore, Putin can make not only pre-calculated, but also forced maneuvers. You and I are not people whom he trusts his secrets, so that we cannot adequately evaluate his actions and motives.

I know two generals in the history of mankind who have never suffered defeats - two Alexandra: Macedonian and Suvorov. Putin may become the third (besides winning the war according to Sun Tzu's maxim: "The best war is the one that has not started"). Or maybe not. Even Bonaparte had not only Borodino (which the Bonapartists still consider him a victory), but also Waterloo, which even they recognize as an absolute and catastrophic defeat. So we hope for the best and try to help Putin. Whoever and how would relate to him, today we are objectively in one trench. And, by the way, of all the theoretically possible (known to me) Supreme Commanders, he is the best.

Thank you for your attention and do not discuss this topic anymore - there is no time. It is possible to return to it if, in the general scenario of political forces and in the course of events, there will be such changes that will require inscribing new facts into the scheme and coordinating them with the existing ones.