The origins of the "red terror" in Russia

One of the most terrible and bloody pages of the period of the Civil War in Russia was the so-called “Red Terror”. Only the direct losses from it are estimated at about 1-2 million people.

The atrocities began during the Provisional Government, the territory of the former empire gradually slipped into revolutionary chaos, there were cases of killings by soldiers and sailors of their officers, beatings, a wave of arson and looting of landowner estates took place. But, in principle, then the wave of violence was not yet massive, even when the Bolsheviks seized power - the coup itself and the establishment of the power of the Soviets in the country was quite peaceful, that is. "The triumphal march of Soviet power" in the country. When the campaign of the Cossacks Kerensky and Krasnov to Petrograd failed, the Cossacks and the revolutionary sailors, soldiers, after the clash, communicated peacefully with each other, there was no anger.

In fact, no one was going to defend the Provisional Government, the majority of the population were indifferent or even approving to it, for him it was not a “legitimate” power, it did not possess the “holy halo” of autocracy. But the peaceful establishment of Bolshevik power in the greater territory of Russia did not suit the "financial international", according to their plans, Russia was waiting for further dismemberment, the destruction of most Russians. And for this it was necessary to arrange a civil war, terror, chaos, when as many people as possible could have died in the fire of fire, general violence, mass diseases, hunger and exhaustion.

The roots of the ideology of Masonic lodges, various kinds of clubs, secret organizations lie in the Gnostic teachings, which appeared at about the same time as Christianity. Some of them believe that the “Serpent” is a good beginning, a source of human knowledge. It is here that lies the source of various savage sects, Satanists, Kaballists, this heresy penetrated the Order of the Templars, who strengthened their positions so much by gaining access to secret information that eventually became a competitor of papal Rome. That is why the order was destroyed (there are opinions that it is not completely), Rome did not tolerate a rival for power.

Gnosticism played an important role in creating various trends of Protestantism, it was after the Reformation that alternatives to Rome were created - financial capital and the nobles of England and Holland associated with them. It was in England that the first masonic lodges were created. We can recall the French Revolution - the first example of mass terror, it was organized by the masons and another secret Masonic organization, the Illuminati. Jacobins then tried to introduce the cult of the "Higher Mind", apparently, thousands of people were sacrificed to him. And always ordinary "masons", having played their role extras, then sacrificed to the "Moloch of the revolution." So it was in revolutionary France, so it became with the Russian liberals who took part in the February revolution.

Interestingly, the “birthday” of the Illuminati Order is May 1, the magical “May Day”, Walpurgis Night. An ancient pagan holiday, later demonized, turned into “the day of evil”. The Order set as its task to destroy monarchies, religions, the institution of family, marriage, and to break down all traditional morality. A feature of the organization was the widespread involvement of women - the most powerful weapon against men (only the last example is Strauss-Kahn). After the ban of this organization in Germany, many of its members left for the United States, but then it was revived in Bavaria, and Parvus also belonged to it. This order included such famous revolutionaries as Karl Liebknecht, Rosa Luxemburg, Clara Zetkin, Larin. Various Masonic organizations included: Bukharin, Chicherin, Zinoviev, Lunacharsky, Volodarsky, Sereda, Skvortsov-Stepanov, Radek, Rakovsky, Reisner and other members of the Bolshevik Party, these were only famous, there were more ordinary members. J. Sverlov was a staunch occultist. It becomes clear why the concept of “sacrifices on the altar of revolution” was so insistently introduced. "On the altar" for whom and to whom sacrifices were made? "Snake" ?! This explains the significant number of victims of the “Red Terror”, the irrationality of terror, often of a ritual nature - including the killing of the Romanov family.

Terror was almost always artificial: for it, “internationalists” were used, they created detachments from different trash, “foam” of revolution - criminals, born sadists. The principles of the extermination of prisoners, the finishing up of the wounded, the seizures and executions of hostages were being introduced, ruthlessly suppressing the attempts of the peasants to resist violent requisitions. Moreover, the real exploiters have long escaped and brought their capital abroad, in the majority of whom innocent people suffered.

Officially, the red terror was legalized and declared 2 of September 1918 of the year by Yakov Sverdlov in the circulation of the Central Executive Committee and then confirmed by a resolution of the Council of People's Commissars of 5 of September of 1918. Sverdlov used the attempt on Lenin as an excuse to start mass terror in the country. Although Dzerzhinsky is often the culprit of the terror, at that time he was sent on “leave”. While he was not there, Sverdlov and Peters carried out their restructuring of the organs of the Cheka - they began to submit at the same time to Moscow and the local Soviets, which were led by Sverdlov and put their "internationalists" there. At the same time, the Cheka conducted a “purge”, the personnel loyal to Dzerzhinsky were fired, and the Cheka expanded, attracting the personnel loyal to Sverdlov and Trotsky, often involving not Russians. Thus, the central apparatus of the Cheka by almost 75% were Latvians. 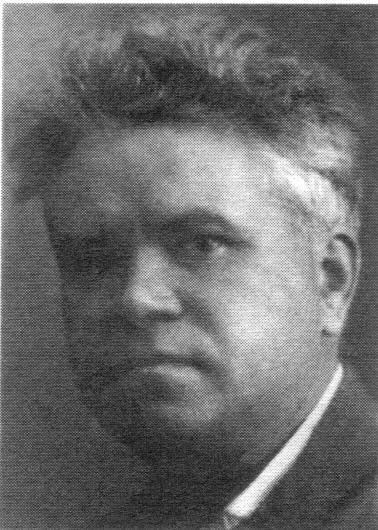 Peters, Yakov Khristoforovich, one of the founders and first leaders of the Cheka, was shot in 1938 year.

Trotsky created his own punitive organ 14 in October 1918 of the year - Revolutionary military tribunals. These were not the courts in our understanding, but special military-punitive units intended for mass terror. Trotsky wrote: “If until now we have destroyed hundreds and thousands, then now is the time to create an organization, an apparatus, which, if needed, will be able to destroy tens of thousands. We have no time, no opportunity to find out the real, active enemies. We must take the path of destruction ... ".

With particular hatred, the "internationalists" destroyed Christianity, destroyed not only the highest hierarchy, but simple monks, nuns, priests. The Russian intelligentsia was also subjected to a terrible blow, although it was one of the most active revolutionary detachments (the overwhelming majority of the right-wing “Black Hundred” intelligentsia was very small), which joyfully met the February revolution and socialism. In addition, the "internationalists" decided to destroy the Cossacks - it was the most archaic part of society (like the Old Believers), kept the memory of the people's aristocratic system of the device of Russia, kept the military traditions of the Russian people. In fact, it was a caste of warriors, guardians of Russia, and therefore they wanted to destroy it at the root. The massive “rasskazachivanie” is associated with the directive of the Organizing Bureau of the Central Committee of the RCP (b) of 24 in January of 1919 of the year, signed by J. Sverdov. Well, that this ghoul did not live long - returning from Kharkov in March 1919, according to one version, fell ill with Spaniard (Spanish flu), according to another, was beaten to a pulpit by railway workers in Orel, the main thing was dead.

After his death, the anti-caste directive was canceled, already at the Eighth Party Congress, protests of delegates began, demanding a softening of the policy towards the peasantry, control of repressive bodies, criticized Trotsky, his army leadership. But at that time, it was not possible to soften the terror; any decisions that went against the backstage policy were sabotaged. The “Sverdlovtsy” cadres raised by Sverdlov went over the “inheritance” to Trotsky: Peters, Avanesov, Teodorovich, Voikov, Bela Kun, Unshlikht, Yagoda and many others.

Throughout Russia, some maniacs in the form of "fame", so Bokyi introduced the custom to drink the blood of the victims, such cases were recorded in Moscow, Turkestan, Kharkov, hangers Rosa Schwarz, Dora Lyubarskaya, Rebekah Meisel "became famous". By the end of 1919, they even created a ritual for the killing of victims: equipped special rooms with lighting, bullet traps, grooves for blood flow and running water; the convicts were smashed into parties, stripped naked, injected and shot with shots to the back of the head; the executioners were divided into shifts, there was a lot of “work”, sometimes they shot several nights in a row - they tried to shoot at night, such is the “altar of the revolution”. Executions after the seizure of the Crimea received great fame, according to historians' estimates, from 80 to 120, thousands were destroyed.

For this, in the answer not Frunze, as some believe, he combined in his military activities the rigidity of the war and mercy for the surrendered, so he ended the war in the Urals and in Central Asia. After the capture of the Crimea, it was recalled, the “special troika” received all power: Bela Kun, Rosalia Zalkind, Mikhelson, and the Central Committee was “supervised” by Yu. Pyatakov (Kievsky).

As a result, the operation to deflate Russia and reduce its genetic potential was carried out quite successfully. Thank God, there were other people among the Bolsheviks - patriots, who were still able to restore statehood, and as a result, they got what they deserved ... 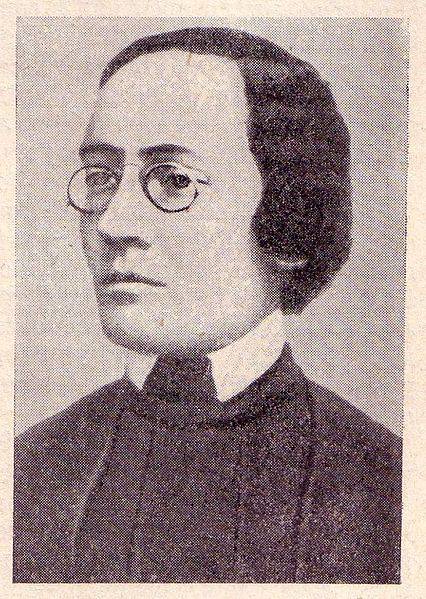 Rosaliya Samoylovna Zemlyachka (Zalkind), one of the organizers of punitive actions of the civil war period, held in the Crimea after the defeat of the White Army in 1920 — 1921. Personally participated in the massacre of prisoners and civilians.