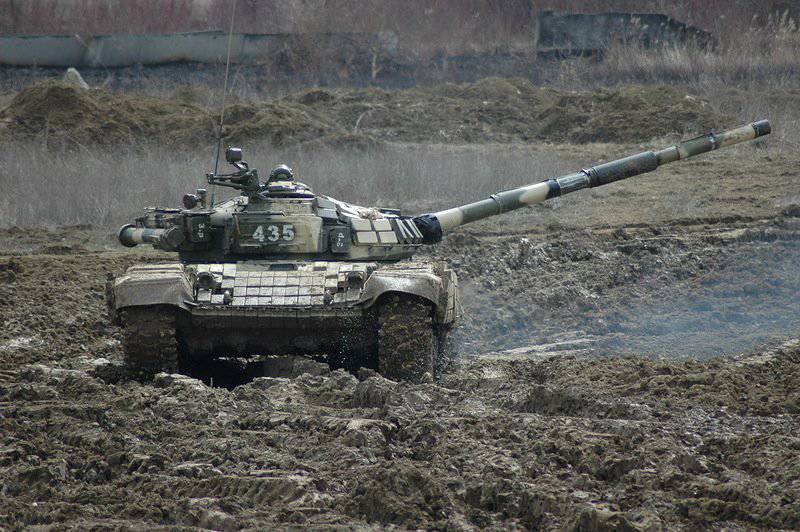 I came to the need to write an article on such a topic after reading a number of other articles proposing the modernization of the modern organizational structure. Basically, these articles suggest returning the old Soviet states of motorized rifle tank divisions. Most suggest that the structure should be based on a battalion tactical group - a reinforced tank or motorized rifle battalion with full-time artillery, air defense, engineering, chemical and other types of troops, combat, technical and logistical support units. Moreover, it is proposed, copying NATO principles, to introduce artillery battalions, reconnaissance companies and many other subunits that are often not needed at all by the battalion as structural units in the staff of the combined-arms battalion.

At the same time, the battalion turns out to be overly bloated and clumsy, and there can be no talk of its mobility. This approach, I think, is fundamentally wrong. How can one get out of this situation without reducing the combat capabilities of the units and at the same time increasing mobility and controllability?

First of all I want to say that the beautiful expression “battalion tactical group” (BTGr) as a whole is nothing more than a beautiful phrase. It is, of course, theoretically the most flexible and minimal system, including heterogeneous units. But the battalion does not have a full-fledged headquarters and control system, sufficient to manage unsuited units. Everything is based only on good principles and relations of the battalion commander and the commanders of attached units.

Yes, according to the Combat Regulations of the Ground Forces of the Russian Federation, commanders of attached units are obliged to obey and execute the orders of the battalion commander to which they are assigned. However, it seems incomprehensible who and how should plan the actions of the assigned units before the battle, organize their interaction in the battle, provide them with ammunition, fuel and materiel, organize the maintenance of weapons and military equipment, evacuate damaged equipment, etc. in the overall BTGr system. The commander and chief of staff of the battalion, even if they are seven spans in the forehead, during the battle will not be able to fully lead such a “hodgepodge” of diverse units, they will not have enough time to analyze the situation, make a quality decision, draw up a combat order, bring it to units, operational control of the battle and fire control of full-time and attached units, and the commanders of attached units will not be able to fully implement their assistance, based on employment preparation for the battle and direct guidance of their units.

Such a gap in the regular structure of the motorized infantry is filled with the so-called “commander's will”, fraught with nervous and physical overstrain and early fatigue of the battalion command. This is far from a positive phenomenon, entailing losses in people and equipment in battle.

At the same time, I am far from the thought that this gap will be filled by the controls of the motorized rifle or tank brigade, in turn, overloaded with the solution of a number of operational-tactical tasks. Fighting is not a teaching, where everyone without commands and orders knows their learned maneuver at a familiar training ground, these are somewhat different conditions, you will not take an operational pause and you will not agree with an intermediary.

Under such circumstances, I consider it necessary to have another additional level of division management - the regimental one. In contrast to the Soviet regimental structure, similar to the staff structure of the motorized rifle or tank brigade, for the most controllability and mobility I think it is necessary to have a smaller number of its regular units. I propose to introduce into the brigade a 2-3 mechanized regiment consisting of one tank and one motorized rifle battalion of four-men troop, artillery and anti-aircraft battalions, anti-tank, reactive batteries, engineer and engineer, reconnaissance, communications companies, chemical flamethrower platoon, repair and material support mouth. The brigade will also need to introduce an artillery regiment (BrAG) of a two-division structure, a rocket division, an anti-aircraft missile regiment, a reconnaissance battalion and others that are similarly part of the current brigade.

This state will have a smaller number of units than the state of the Soviet motorized rifle division, twice, when equipped with modern management systems, it will provide greater mobility and controllability. At its core, such a mechanized regiment will be akin to a modern BTGr, but at a higher quality level, having a well-established, well-established control system for both motorized rifle and tank troops, and units of the arms of service. For example, the commander of an artillery battalion during the battle will receive command and control not from the headquarters of the motorized rifle battalion, often poorly versed in the use of artillery, but directly from the regimental artillery chief, who subordinates the means of artillery reconnaissance and command. Anyway, a regiment is an organism, a military unit with its services and rear.

In general, on the basis of regimental units, it will be possible to form up to 6 company tactical groups during the period of hostilities, according to 3 in each battalion. Depending on the actions in the direction of the main strike or secondary direction, the construction of the combat order of a mechanized regiment will be one- or two-echelon, which will ensure the fulfillment of the combat mission to the maximum.

I believe that such changes in the organizational and staff structure of the motorized rifle (tank) brigade will solve the eternal questions of manageability and mobility of the formations.

Ctrl Enter
Noticed oshЫbku Highlight text and press. Ctrl + Enter
We are
Early to write off the division in stock2010 Results of the Year (Part I)
Military Reviewin Yandex News
Military Reviewin Google News
20 comments
Information
Dear reader, to leave comments on the publication, you must sign in.