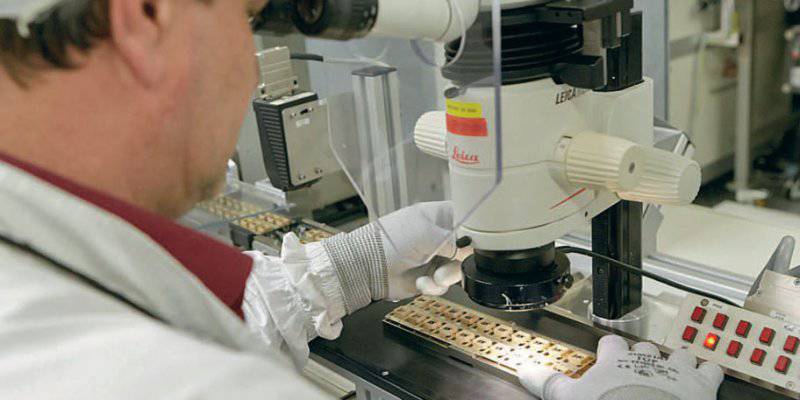 The price of microsensors dropped to a dollar apiece. And now all sorts of sensors begin to integrate into the things around us in large numbers and exchange information among themselves.

The world is on the verge of a revolution associated with the widespread integration of various sensors into things around a person - this is what major electronics manufacturers say. In particular, the German concern Bosch intends to make a bet on the development of the so-called Internet of things and sensory technologies in the near future, as the company management stated at the recent annual reporting conference in Stuttgart.

“Ladies and gentlemen, the world is becoming united. Everything can be connected to everything, ”Volkmar Denner, chairman of the board of Robert Bosch GmbH, said at a press conference. - By next year, Internet users will be not only five billion people. More than six billion different devices will be connected to each other. ”

The fact that the sensors will be embedded in the things around the person, they say for a long time. But right now this process is beginning to become widespread. This is due to the fact that the price of sensors has dropped to a critically available mark - 1 dollar apiece. And manufacturers of various goods are thinking of starting to embed sensors of various kinds in their products on a mass scale. “From cars to household appliances, everything becomes more“ smart ”, communication, touch,” notes Volkmar Denner, adding that so-called micromechanical sensors are now among the top five key products produced by the Bosch group.

Car on autopilot
What can be measured and where will embedded sensors be used most widely? Modern sensors can measure a wide range of parameters - pressure, temperature, displacement, etc. For example, the real boom is now happening in the field of equipping with “smart” car sensors. Most automakers today put on the latest models of cars radars and ultrasonic sensors that allow, for example, to carry out automatic parking and even automatically stop when an obstacle appears. Bosch says the company plans to release 2014 million ultrasound sensors for cars in 50 a year, which is 25% more than in 2013. And the release of video sensors and radar sensors for machines from Bosch will grow to 2 billion units, which is twice the volume of the year's 2013.

“Over the next three years, the automotive sensor market will grow by a third annually,” says Denner. - By 2016, we plan to sell sensors for billions of euros in driver assistance systems, and this will happen faster than we planned. This will help to improve safety on the roads: every year in the world, a million people die in 1,2 car accidents, and in 90 percent of cases the cause of accidents is a human factor. Extensive use of sensors will help reduce this sad statistic. ”

The rapid spread of sensors will allow modern cars to communicate with the road infrastructure. Bosch is involved in hundreds of projects related to the systems of a “smart” city in different cities of the world. In particular, in Monaco, a project is being implemented to automate urban parking, when the driver can receive timely information on the availability of parking spaces on the way.

From cars to everything else
According to Bosch representatives, the integration of smart sensors takes place in three stages: first, sensors are integrated into cars, then into smartphones, then into simpler home appliances. This year, the company introduced new micromechanical sensors capable of measuring pressure, temperature and humidity.

Bosch is also starting to release a new sensor, which measures acceleration, rotation, the geomagnetic field, and at the same time - which is very important - such a sensor has a built-in microcontroller that can also process the received signals. According to engineers, such sensors can be widely used in medicine: for example, a bracelet attached to a patient’s arm with an acceleration sensor will allow electronics to determine that a person has suddenly dropped and raise an alarm.

Increasingly, sensors are spreading in the smart home. This year, Bosch is starting to sell smart sensors for windows and doors that will send a message to a smartphone if, for example, a window or door is opened. In addition, by the end of the year, the company expects to sell 50 thousand of Internet-connected boiler boilers, which is two times more than in 2013. The heating system connected to the network will coordinate its work based on the weather forecast data that it will receive from the Internet. Or the work of heating the house will be adjusted depending on the actual temperature outside the window. This will allow owners to significantly increase the comfort in the house, as well as save on utility bills.